The wedding celebration for Priyanka & Nick are not yet over as recently the actress' in-laws Denise and Paul Kevin Jonas recently hosted a fourth reception for the couple in US.

By: Filmymonkey Team
Updated: 29 Jan 2019 09:57 AM
After getting married to International actor-singer beau Nick Jonas last year in December, Bollywood diva Priyanka Chopra is currently enjoying marital bliss. The couple exchanged wedding vows at Umaid Bhawan in Jodhpur post which they hosted three reception in India for their families and close-friends. Well, the wedding celebration for Priyanka & Nick are not yet over as recently the actress' in-laws Denise and Paul Kevin Jonas recently hosted a fourth reception for the couple at Charlotte, North Carolina which turned out to be a perfect fam jam. 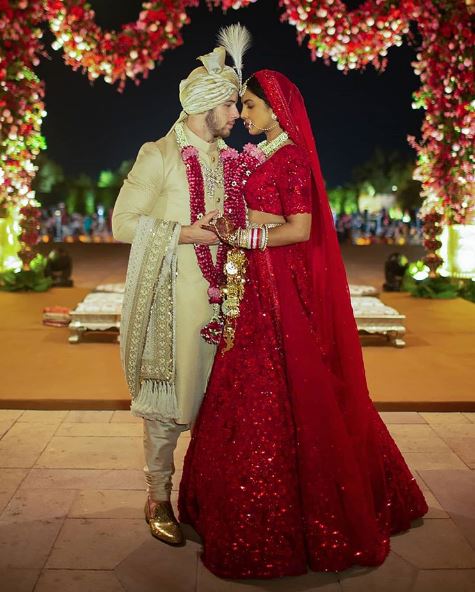 The reception party was hosted at Nellie's Southern Kitchen, a restaurant owned and run by the Jonas family. Apart from Nick Jonas' family, including brother Joe Jonas' lady love & 'Game of Thrones' star Sophie Turner, Priyanka's mother Madhu Chorpa and brother Siddharth Chopra too were a part of the reception party.

'Desi Girl' Priyanka Chopra posted a picture on her social media account thanking her in-laws for hosting a wonderful reception. In the picture, Paul Kevin Jonas and Denise Jonas can be seen dressed in traditional Indian outfits as they are posing with Priyanka, Nick, Madhu Chopra, Siddharth Chopra among others.

Priyanka's has captioned the picture as, "Fam jam. Thank you @nelliessouthernkitchen @mamadjonas @papakjonas for a wonderful reception! We love you! This was amazing ❤️"


Fam jam. Thank you @nelliessouthernkitchen @mamadjonas @papakjonas for a wonderful reception! We love you! This was amazing ❤️????????

Take a look at some more pictures & videos from Priyanka & Nick's US reception below (SWIPE LEFT):


And the celebrations continue ???????????? Nick & Priyanka are ready for their celebration tonight at @nelliessouthernkitchen


CAKE BY THE OCEAN ❤️ #DNCE

After dating for several months, Priyanka & Nick finally made their relationship official in August last year in a traditional roka ceremony in Mumbai. The good-looking couple then got hitched last month on 1st & 2nd of December in Christian and Hindu wedding ceremonies respectively. Post which, Priyanka & Nick hosted their first reception in Delhi's Taj Palace Hotel which was attended by Prime Minister Narendra Modi. Priyanka's mother Madhu Chopra then reportedly hosted their second reception in Mumbai. At last, the newly-married couple hosted their third reception in Mumbai for the 'Fashion' actress' industry friends and colleagues and many big names from Bollywood including Salman Khan, Katrina Kaif, Ranveer Singh-Deepika Padukone, Shahid Kapoor, Anushka Sharma among others were among the attendees. 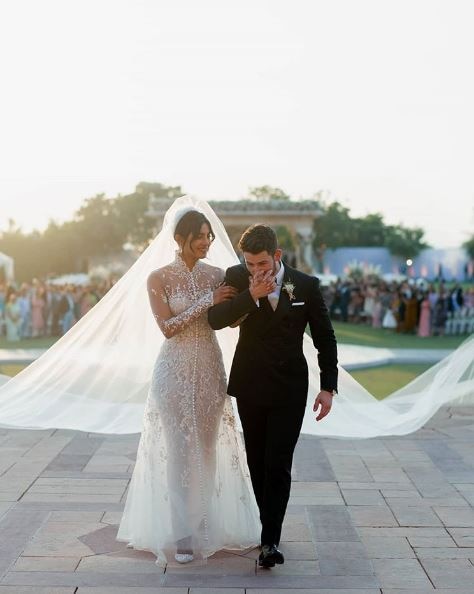 On the Bollywood front, Priyanka Chopra next Hindi film titled 'The Sky Is Pink', directed by Shonali Bose, also features Farhan Akhtar and Zaira Wasim in important characters. The film marks Priyanka Chopra's return to Bollywood after a gap of three years as her last Hindi film 'Jai Gangaajal' released in 2016. After shooting in Delhi, Mumbai and London, team of 'The Sky Is Pink' will reportedly kick-start shooting for film's final schedula in Andaman and Nicobar Islands. The cast and crew will resume shooting for the film from mid-February.