By: Team FM
Updated: 07 Dec 2018 05:26 PM
After making their relationship official in August this year in a traditional roka ceremony, Bollywood's 'desi girl' Priyanka Chopra finally got hitched to International singer-actor Nick Jonas in a Christian ceremony on 1st December at Umain Bhawan Palace in Jodhpur. The very next day, on 2nd December, Priyanka & Nick exchanged wedding vows in a traditional Hindu wedding which was a dreamy affair. Post which, the newly-married couple shared pictures from their mehendi and sangeet ceremonies with fans. Recently, few unseen pictures from Nickyanka's Hindu marriage ceremony went viral & now few pictures from their post-wedding bash are doing the rounds on Internet. 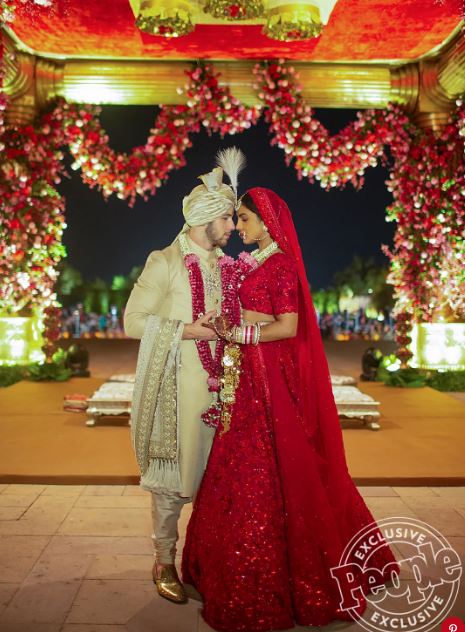