By: ABP Live
Updated: 15 Feb 2017 01:05 PM
Rana Daggubati, who is set to portray Lieutenant Commander Arjun Varma in upcoming flick 'The Ghazi Attack,' has written a letter to the President of India Pranab Mukherjee.

IN PICS: Rana Daggubati aka Bhallaladeva’s ferocious look in ‘Baahubali 2’ will make you go WOW!

The film is inspired from true events, a classified mission conducted by the Indian Navy, against their Pakistani counterpart in 1971 that not much people know about.

Daggubati character in the film, Arjun Varma, is said to have remained underwater for 18 days during the war.

During the course of working on the film, the actor met some real navy officers, who were on board.

The actor was extremely moved on hearing about their challenging experience, and decided to write a letter to the President for acknowledging the Indian armed forces, as they are the unsung heroes, whose immense contribution the nation must know about. 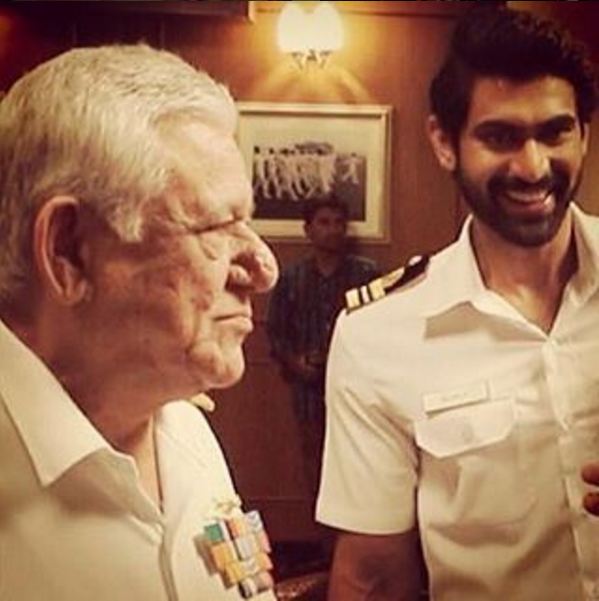 The 'Baahubali' actor said, "Post Ghazi, civilian like me have understood a lot about victorious battles that have been fought by all our armed forces on the borders so as to keep us safe. As a civilian I did not know about these victorious tales and like me there are many others who did not know much about it, to us it's a letter to acknowledge these heroes and make sure we know more about these unsung heroes and their tales of victory."

The upcoming movie rekindles the mystery of what happened on the night of December 3 and what exactly caused the sinking of the PNS Ghaz attack from the Indian Navy.