By: Filmymonkey Team
Updated: 22 Oct 2019 02:12 PM
New Delhi: Ranbir Kapoor and Alia Bhatt are painting the town red with love since they made their relationship official. Their ardent fans are eagerly waiting to see them get married. A wedding invitation card, which is going viral on social media, claimed that Ranbir and Alia would get married on January 22, 2020. The badly designed card suggested that the wedding would take place at Umaid Bhawan Palace. Jodhpur. Interestingly, Priyanka Chopra and Nick Jonas got married at the same place.

Well, if you take a close look at the card, you will find several mistakes in it. Alia’s name on the invitation is spelt as Aliya. Her father’s name is Mahesh Bhatt while the card says- ‘D/o Mrs. Soni & Mr. Mukesh Bhatt.’ The date of the sagan ceremony is mentioned as 22th January instead of January 22.

In case you are wondering if the wedding invitation card is real, we have to stop you right there. The card, which has taken the internet by a storm, is fake.

Check it out right here! 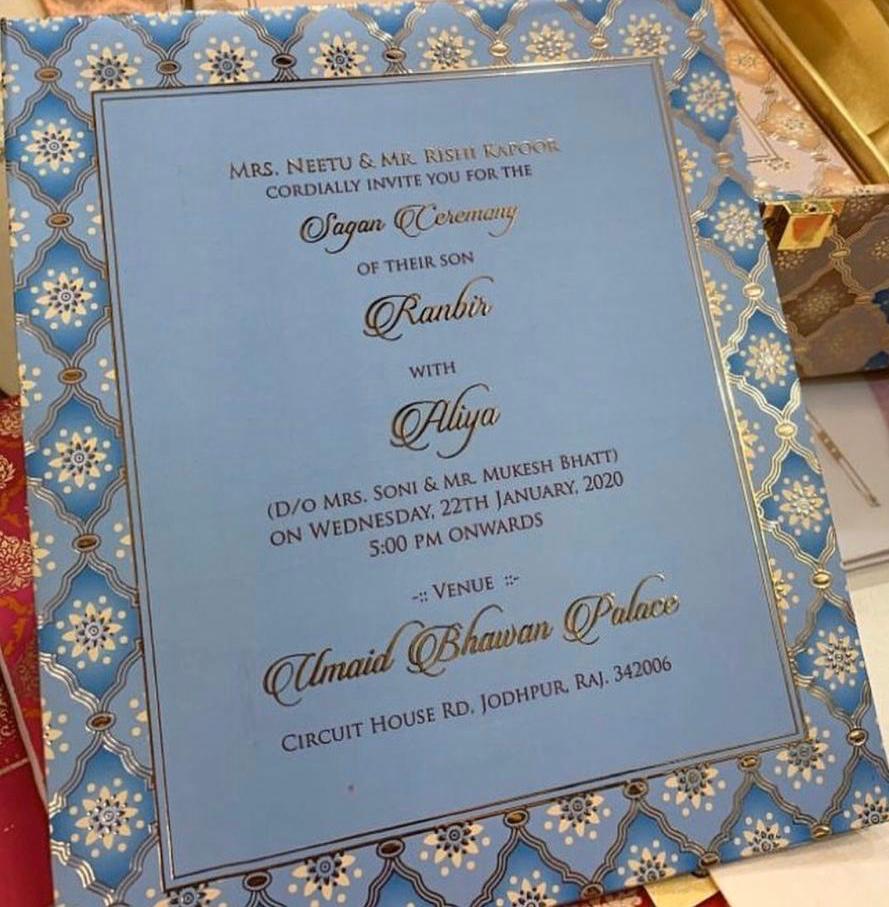 So many mistakes, isn't it? 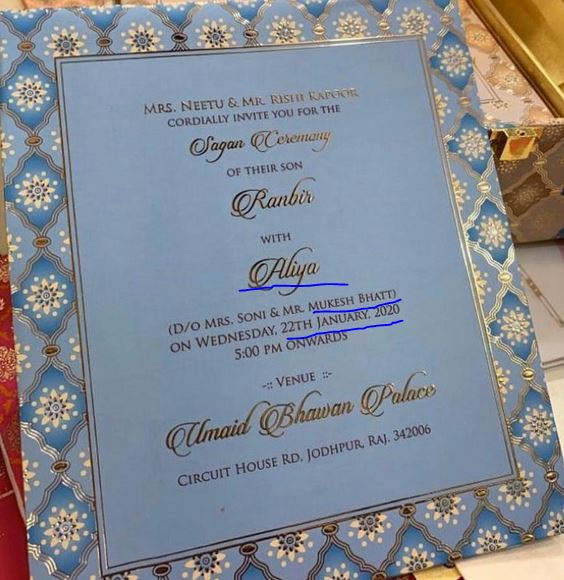 Here's how Twitterati reacted after the picture went viral!

Ranbir and Alia will be seen together for the very first time on the silver screen in Karan Johar's 'Brahmastra'. The Ayan Mukerji directorial will release in the summer of 2020. The film also stars Amitabh Bachchan and Mouni Roy in key roles.

Both Ranbir and Alia walked away with laurels at several award shows for their performance in 'Sanju' and 'Raazi' respectively.

On the career front, Alia is currently busy shooting for Mahesh Bhatt's 'Sadak 2'. She also has 'Takht' and 'RRR' in her kitty. Talking about Ranbir, the Kapoor lad has 'Shamshera' in pipeline.