By: ANI
Updated: 06 Nov 2017 05:06 PM
Bollywood actor Ranbir Kapoor and Pakistani actress Mahira Khan, who was last seen with Shah Rukh Khan in 'Raees', had recently found themselves at the receiving end of trolling after a few pictures of them having a smoke went viral on the internet.

Regarding the matter, in an exclusive interview with Filmfare magazine, Ranveer Singh said that this is one of the cons that come with being a star.

IN PICS: Ranbir Kapoor and Mahira Khan CAUGHT smoking & chilling together in New York and the PICTURES are BREAKING THE INTERNET!

When asked about his opinion on the leaked picture, the 'Bajirao Mastani' star said, "I can only speak about my own experience. There are times when I'm at a certain place with certain people and I don't want those private moments to be captured by anyone. But, you can't help it. You got to take the bad with the good. I get to do what I love to do and I make a lot of money. But some things are irritating and you've got to take them in your stride. It's a crazy world." 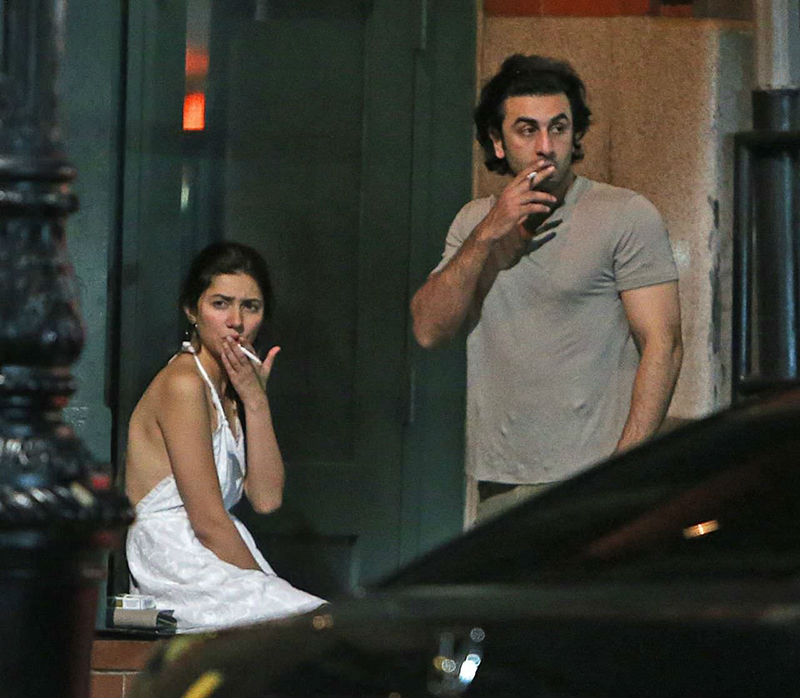 Ranbir was recently in the news after his picture with Mahira Khan in New York City went viral on the internet. The internet went crazy after pictures of the two smoking outside a hotel broke the internet. The actress faced a lot of backlash for smoking and wearing revealing clothes.

While speaking about the flak Mahira faced for smoking and wearing a rather revealing dress, the actor shared that everyone has an opinion but people don't need to subscribe to them.

Adding, "At the end of the day, one should just live and let live and focus on more important things. Mahira is a great performer and an entertainer. One should ideally just engage with her at just that level."

Meanwhile, on the professional front, Ranveer will be next seen in Sanjay Leela Bhansali's 'Padmavati' alongside Deepika Padukone and Shahid Kapoor.

The flick is slated to release on December 1.