By: ABP Live
Updated: 14 Oct 2016 08:06 AM
For all those who were upset with Pakistani actress Mahira Khan being replaced in Shah Rukh Khan's much awaited movie 'Raees' here's good news!

The actress is very much in the movie and all those news confirming Mahira's exit from the 'Raees' are termed as baseless rumours by producer Ritesh Sidhwani. 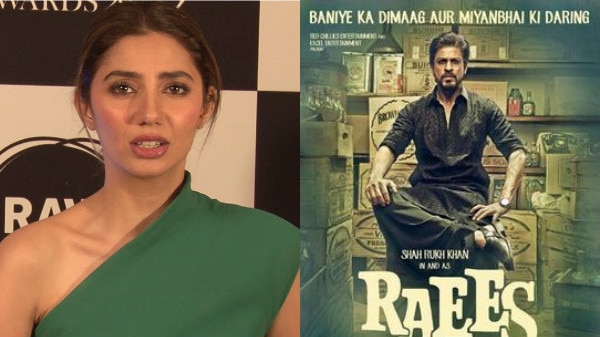 Earlier, there were reports of Mahira being replaced in 'Raees' by a Bollywood actress

According to a report published in Times Of India, producer of 'Raees' Ritesh Sidhwani refuted rumours that Pakistani actress Mahira Khan will be replaced in the film, after MNS demanded a ban on films featuring Pakistani artists.

Talking to TOI while attending his wife Dolly's debut show at the fashion week in Delhi, Ritesh said, "I do not understand where all this is coming from. I would only say one thing - I have shot with the girl for 45 days and finished the film, I hope that clarifies things. I was not reacting to such reports or commenting because I feel that when someone speculates something and you go and respond to it, you are providing a platform to such speculations and rumours. I feel it is better to ignore such things. I don't want to talk about 'Raees', I am here to cheer for my wife."

Earlier, there were reports of Mahira being replaced in 'Raees' by a Bollywood actress as the makers didn't want to take risk with the movie but now it's all clear that the Pak actress will be making her big Bollywood debut opposite SRK!

Ritesh also revealed that he has been visiting Delhi frequently for work and he will be here to start shooting for the sequel of 'Fukrey' from November 19.