Rishi Kapoor REACTS to the 'Ganpati Visarjan' incident; Says "They have misinterpreted it that I misbehaved...".. READ MORE!

By: ABP Live
Updated: 16 Sep 2016 02:57 PM
Soon to be seen in 'Ae Dil Hai Mushkil', actor Ranbir Kapoor was also present at the time of the violent incident that happened during the immersion of RK Studios Ganpati yesterday in Mumbai when his father & uncle, both Rishi Kapoor and Randhir Kapoor got into a scuffle with journalists and fans and were captured slapping, pushing them too.

Rishi Kapoor has now reacted to the whole incident and saying that he did not misbehave or slap anyone and that his son Ranbir had nothing to do with this incident, Rishi opened up on why this happened and what made the two Kapoor brothers resort to such behavior too. In an i/v with Pinkvilla Rishi made a strong point over the crowd gathered during Kapoor's Ganpati Visarjan calling them an uninvited lot. He said their family has been following this trend for 64 years and they still give time to the people and press/media that visits them every year on this festival. 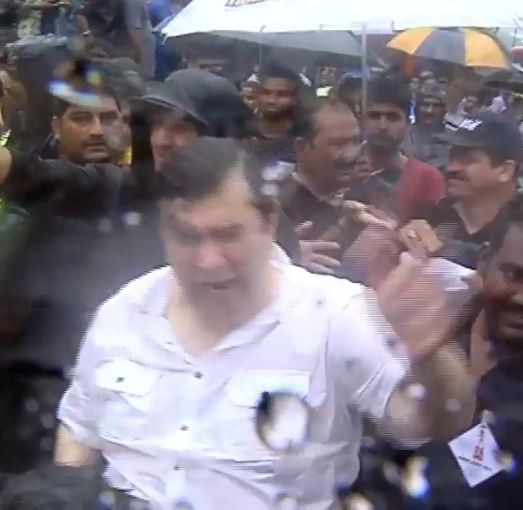 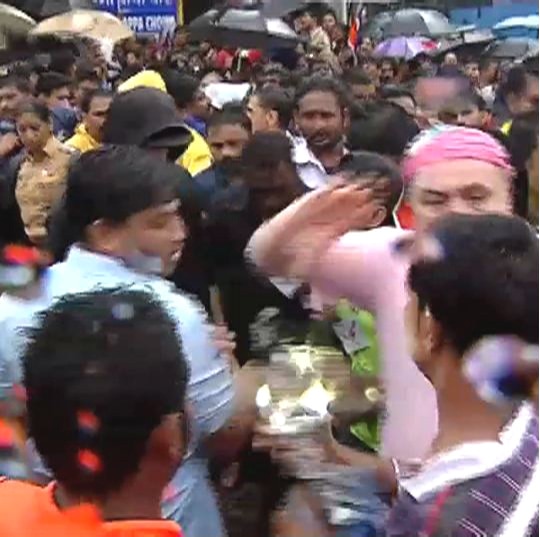 Rishi Kapoor raising hand at a journalist during Ganpati Visarjan

He further described how the rains and the chaos were also the cause of what the video shows and that he did not slap anyone but was playing 'Mumbai Police' instead to control the crowd.

He told Bombay Times, "Jaise police logon ko danda dikhati hai, maarti Nahi (just like the Police who show the stick but do not hit), just to keep them in check, I just tried to give them a hull (signalled them to move forward). I didn't hit anybody. It's unfortunate that we are being condemned. I know how to tackle the crowd."

ALSO CHECK OUT - When Rishi Kapoor TROLLED the HOTTEST Reality Star Kim Kardashian over her PICTURE!

He also challenged to show him the part where he's seen slapping someone. Rishi said to Pinkvilla "Because Ranbir was also there everybody got so excited. I don't blame them, but they misbehaved with me. If I have indeed slapped them why don't you show the clip of me slapping?"

It was also reported that it was Ranbir Kapoor sitting inside the car who pushed the man causing him to fall. Rishi reacts to this too and says, "They have misinterpreted it that I misbehaved with the media! You come because you know we are important and you are giving me bull** saying that I have hit you? They say Ranbir hit them, Ranbir would not hit a fly, how would he hit them?"

The Kapoors were on their way to immerse the family's Ganesh idol, installed at RK Studios at Chembur, in the sea near Shivaji Park in Dadar, Central Mumbai. The Kapoor family members, including Randhir, Rishi Kapoor, Rajiv and Ranbir, chose to walk till Dadar from Chembur for immersion.

WATCH THE VIDEO BELOW: