By: Shruti Srivastava
Updated: 10 Sep 2019 02:37 PM
After almost a year spent in the US, the veteran Bollywood actor Rishi Kapoor is back home in India as he was clicked arriving at the airport with actress-wife Neetu Singh in the early hours of Tuesday. 67 yr old actor also announced the same on Twitter by writing- "Back home... after 11 months 11 days. Thank you all." The couple was all smiles as the thrilled paps captured them in their cameras and the pictures have gone viral since. Rishi and Neetu's actor-son Ranbir Kapoor and daughter Riddhima Kapoor Sahni had been visiting them in New York multiple times over the past 11 months 11 days of their stay in US and here's how the children welcomed their dad back home. Wife Neetu just shared a picture of a golden colored balloon put up at home with "Welcome Home Dad" printed on it and she captioned it- "This simple ballon has so much Warmth Love and belonging [emojis]".

Neetu Kapoor can be seen with her mobile in hand in the reflection of the balloon with a few more balloons also present in it.

Riddhima on the other hand, also shared their airport picture on her Insta-story and wrote in text -"All smiles from the heart[emoji]" 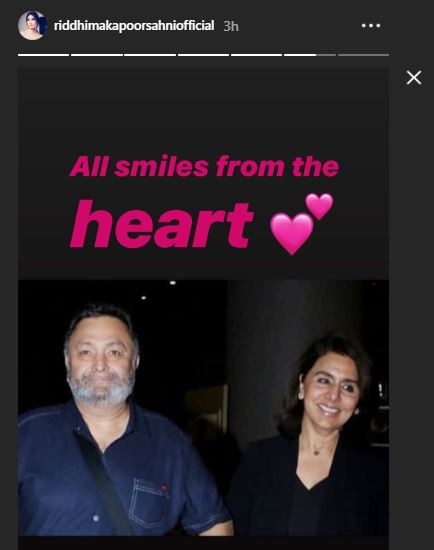 Post her marriage to Delhi-based industrialist Bhart Sahni, Riddhima, who's a jewellary designer, has been residing in the capital and the couple has an adorable daughter Samara.

The couple looked adorable making their way out of the Mumbai airport on Tuesday and posed happily for the cameras flashing at them. Rishi also thanked the paps.


#Rishi Ji is back in the Bay...Glad to see him all smiles with #neetukapoor as they arrive from #newyork ???????? #manavmanglani @manav.manglani


Happy To See Him Back In Mumbai????❤️❤️ #rishikapoor snapped at airport tonight as he arrives back from #nyc ???????? #instalove #manavmanglani 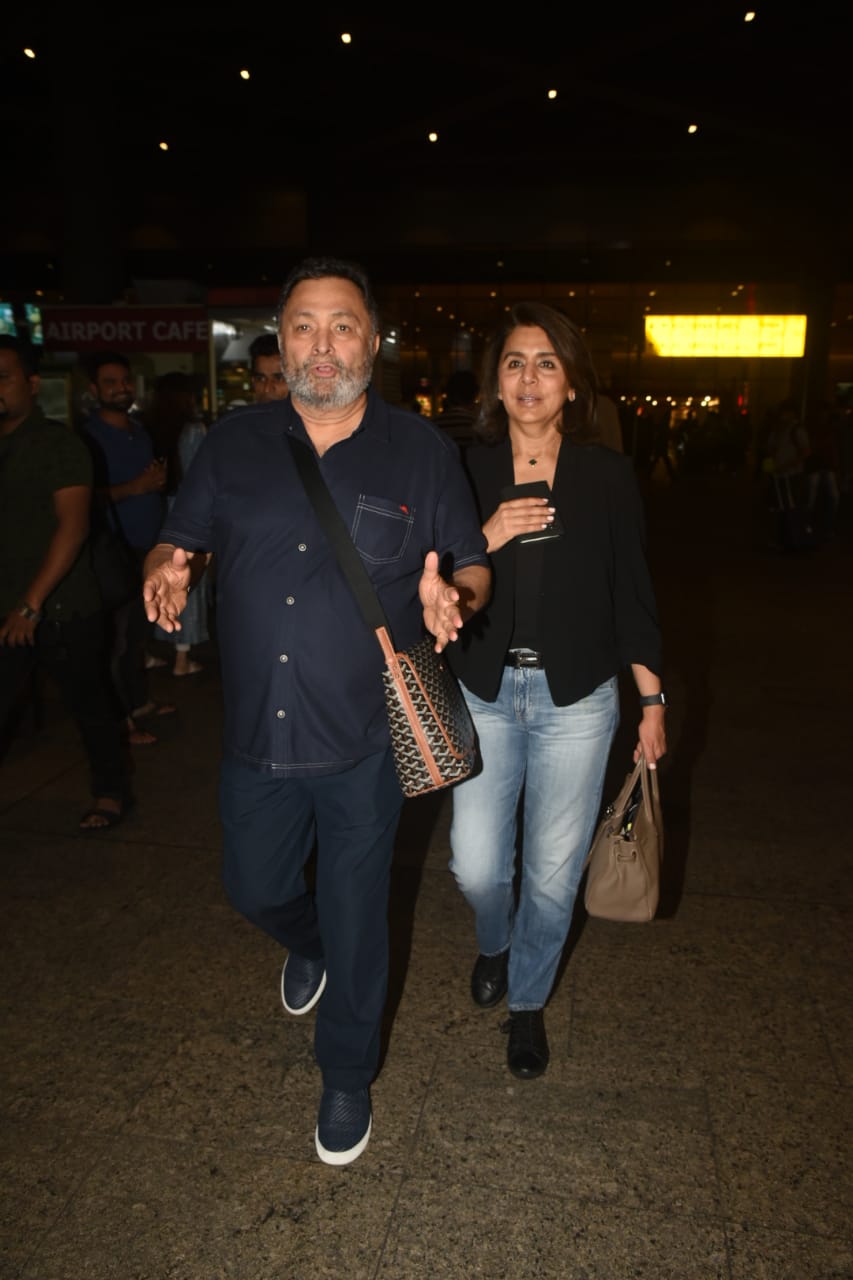 Rishi Kapoor-Neetu Singh at Mumbai airport on Tuesday upon their arrival back from the US (Pic: Manav Manglani)

Rishi Kapoor turned 67 last week and daughter Riddhima Kapoor Sahni along with other B-Town celebs posted adorable Birthday wishes full of ‘health and happiness’ for him on social media!. A slew of family, friends, and celebrities from across the world, including Shah Rukh Khan, Aamir Khan, Priyanka Chopra, and Karan Johar, have also visited Rishi over the past months in US.

Rishi Kapoor had flown to the US in September end last year for his medical treatment along with actress-wife Neetu Singh. While the actor's ailment was a mystery to all, it was revealed in April this year that Rishi Kapoor was battling cancer when his actor-brother Randhir Kapoor shared in Arpil this year that he is "almost cancer free". Neetu Kapoor had also hinted the same in her New Year post but the family did not confirm until April. Neetu had written along with the family picture from NYC along with Alia Bhatt- "Happy 2019 ???? no resolutions only wishes this year !!! Less pollution traffic!! Hope in future cancer is only a zodiac sign !!! No hatred less poverty loads of love togetherness happiness n most imp. Good health".

And while everyone awaited his return anytime this month, the couple is finally back in India.