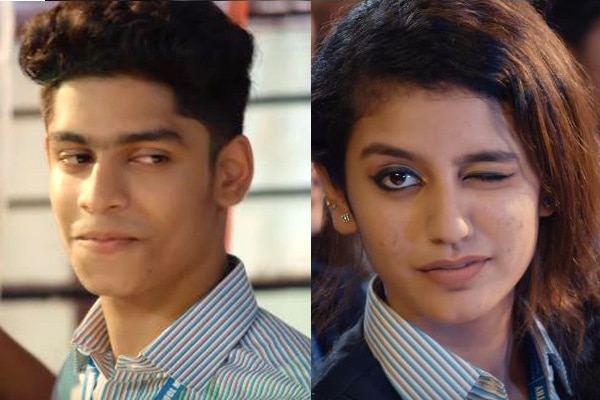 The viral winking girl Priya Prakash Varrier is back in news after Rishi Kapoor dedicated a long tweet to her last night. 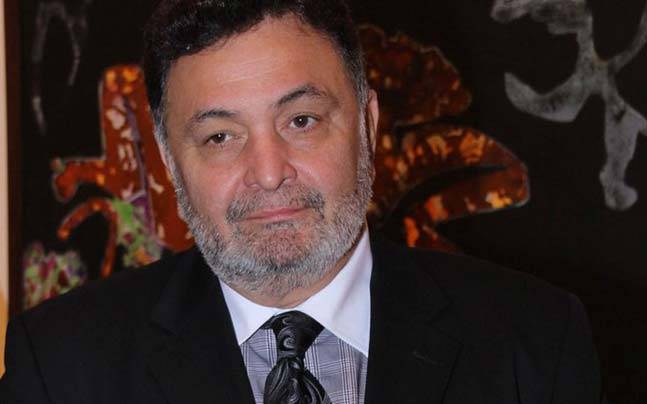 The 65 yr old veteran Bollywood actor always manages to invite controversy with his social media activity ever since he joined twitter 3 years ago. His latest tweet on Priya Prakash Warrier that he posted praising her talent and looks however isn't going down well with the fans...! Here's why...! Predicting her huge stardom in his tweet, Rishi ended it at a note that the fans find creepy! "I predict huge Stardom for this girl. Priya Warrier. So expressive,coy coquettish yet innocent. My dear Priya, you going to give all others in your age group a run for their money. God Bless and the best to you! Mere time mein naheen ayeen aap! Kyon? Lol" 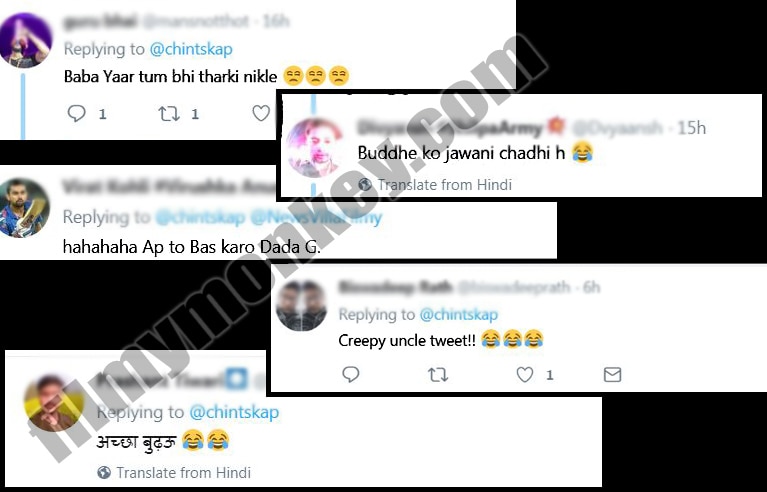 The first thing that shocked his followers was the huge age gap he overlooked between him and Priya while writing the last line in his tweet. 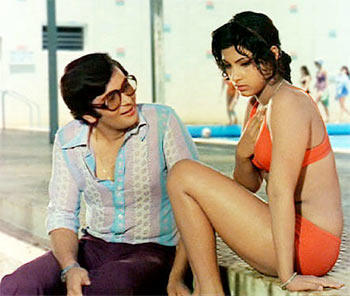 The twitterati remind him of his current Bollywood star son saying Priya should instead star opposite Ranbir Kapoor. Many also mention his debut film(as lead actor) 'Bobby' along with Dimple Kapadia. (Pic: film Bobby) 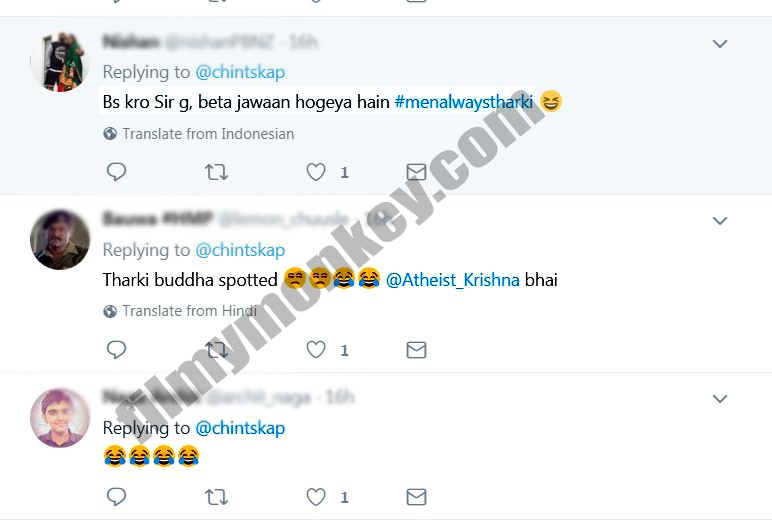 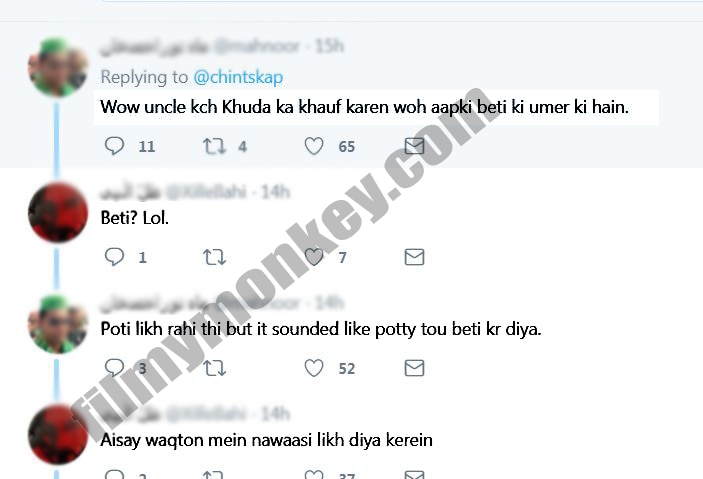 The internet sensation, Malayalm girl Priya is 18 yrs old who's only 6 years elder to Rishi Kapoor's niece and Karisma Kapoor's daughter Samaira Kapoor. Quite aptly the fans also happened to object to his awkward sentence for the girl his grand daughter's age. 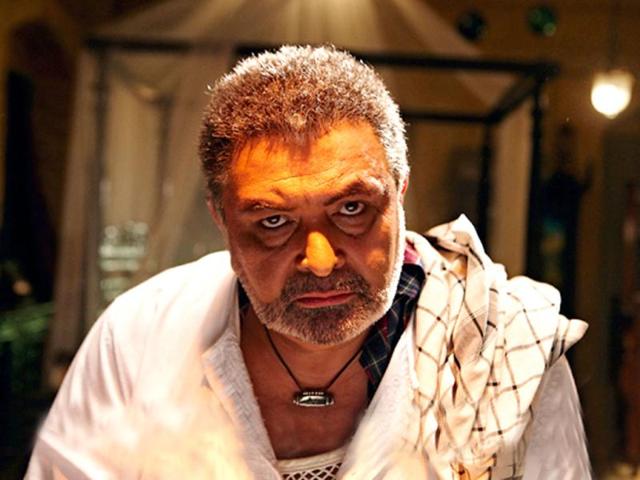 While the obvious trolling is done over his old age, a few were also reminded of his vile and villainy character of 'Rauf Lala' from 2012's 'Agneepath' by his tweet. (Pic: film Agneepath)

That's a little over-the-top though! 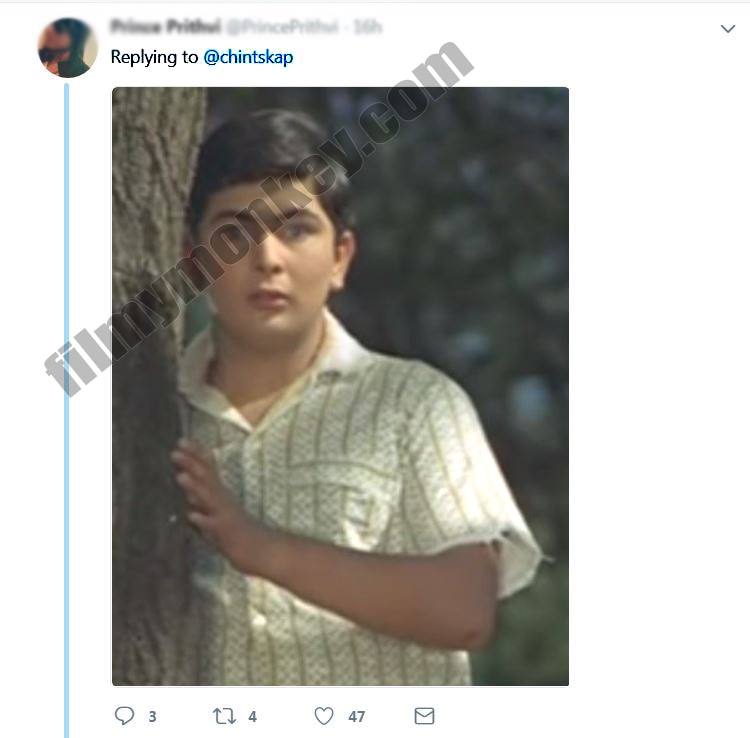 And take a look at this one! Rishi is poked by this picture when he was exactly 18 yrs old from 'Mera Naam Joker' back in 1970. 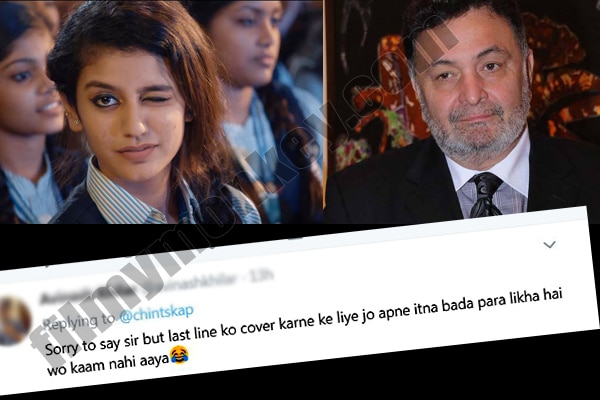 Did Rishi write that last line intentionally or did he invite all the flak with a joke.. This particular comment spoils it further for us! 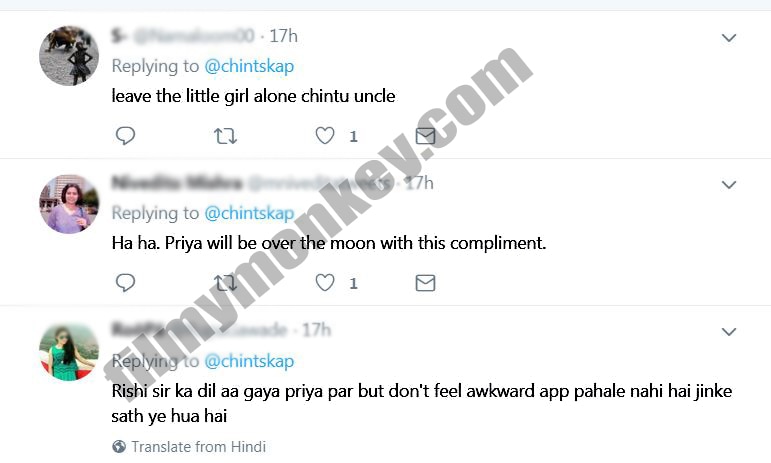 Not only are there hate comments but some love the way Rishi showered compliments on the 18yr old. 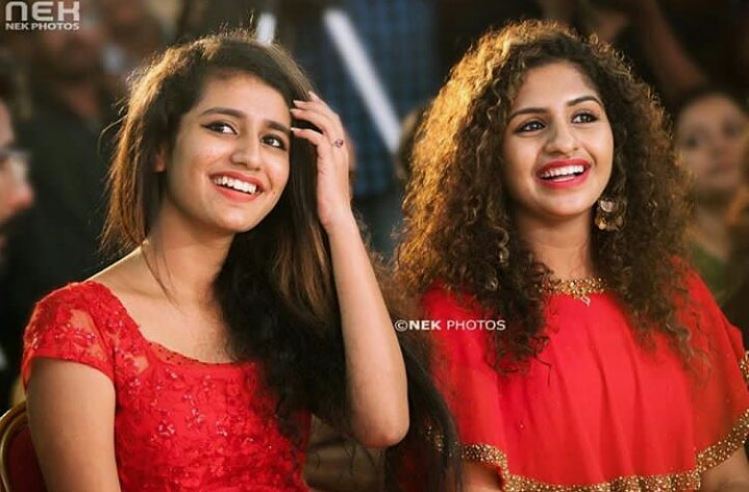 Becoming the most searched actress on Google, beating Sunny Leone, 'Oru Adaar Love' actress Priya hasn't yet reacted to Rishi's tweet and now everyone must eagerly wait to see what she has got to say on this. How do you think she would react? (Pic: Priya Instagram)