Earlier, it was rumoured that Khattar will star in Karan Johar’s sequel to 2012 film ‘Student of the Year’. Speculations of him doing the desi version of ‘Fault in our Stars’ opposite another star kid, Saif Ali Khan’s daughter, Sara Ali Khan, were also doing the rounds.

But now the new reports suggest that Ishaan will make his Bollywood debut with another star daugther, Jhanvi in Karan Johar's marathi film 'Sairat' remake in hindi. 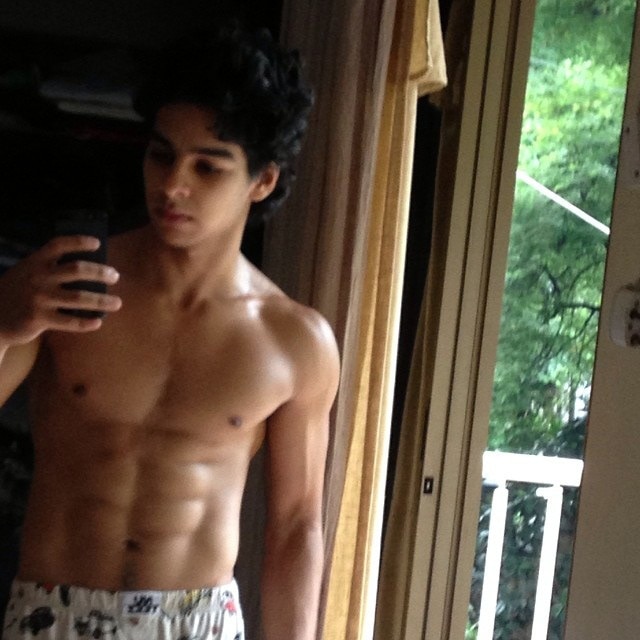 In a recent interview with Dna, father Boney Kpaoor confirming the newsof his daughter joining Bollywood, said, “Yes, Karan has been talking to us about a film for Jhanvi and we’ve given consent. But we don’t know which project it would be. Since Karan has recently acquired the remake rights of ‘Sairat’ it is being presumed that our daughter would be launched in this project.”

VIDEO: Brother Ishaan’s video of working out in a park is an “Inspirationnnnnn” for Shahid Kapoor

The 21-year-old has worked as an assistant in ‘Udta Punjab’ and was seen alongside his brother in ‘Vaah! Life Ho Toh Aisi’. Ishaan was last seen working with a production team of Half-Widow in Kashmir[PICS].

No official announcement is yet made and it is still to be seen if Ishaan as 'Parshya' and Jhanvi as 'Archi' create the same 'Sairat' magic that the lead marathi debutante actors Akash Thosar and Rinku Rajguru did?