By: sharibs
Updated: 08 Jun 2016 07:59 AM
Bollywood actor Salman Khan has vent his anger on the media for creating a controversy after he was named as the Goodwill ambassador for the Rio Olympic Games but remained silent when former cricketer Sachin Tendulkar and Oscar-winning musician AR Rahman were also named as Goodwill ambassadors. He also asked why the media did not give Tendulkar and Rahman the same kind of coverage that it gave to Salman. 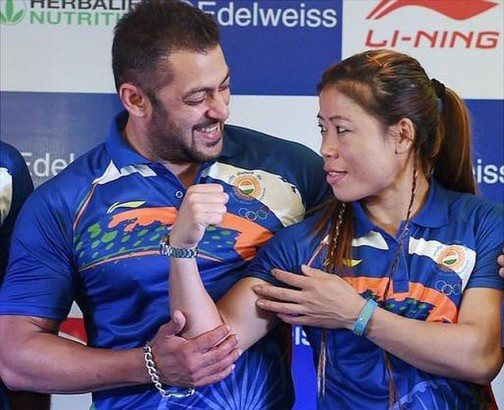 Salman was the first to be appointed in the role of the Goodwill ambassador but the move attracted a lot of criticism from various quarters, including sportsmen like Milkha Singh and Yogeshwar Dutt. Later, the IOA decided to rope in more ambassadors to douse the situation and brought in the likes of Sachin Tendulkar, A.R. Rahman and Abhinav Bindra as goodwill ambassadors in addition to Salman.

“The media should have done the same thing (criticized the other goodwill ambassadors) when Sachin and Rahman were roped in,” Salman was quoted as saying by the Hindustan Times.

“Why didn’t that happen? Why did the media not give them the same kind of coverage they gave me? 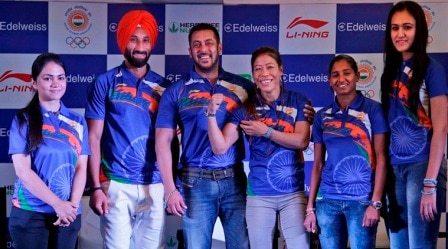 “In their case, too, while one isn’t a sportsperson, the other one has only played one sport. Does Rahman need a state-level certificate or a national-level medal to be called a sportsperson?” The 50-year old said that he is ready to leave his ambassadorship if the tainted politicians with cases against them are prepared to step down from their post as well.

“….there are so many big politicians who have court cases [against them]. So, desh zyaada important hai ya Olympics (is Olympics more important than the country)? Mere liye toh desh (for me, the country) is most important. So, I am ready to leave it (the ambassadorship), if you (the politicians) also leave [your posts].”