By: Filmymonkey Team
Updated: 13 Feb 2019 09:38 PM
A picture of 'Simmba' and 'Kedarnath' actress who's the eldest daughter of Saif Ali Khan and Amrita Singh, is making rounds on social media as the paparazzi catch her moving out of her house. Sara was residing with her mom Amrita and it is being reported that the actress who's next is believed to be Imtiaz Ali’s 'Love Aaj Kal 2' opposite Kartik Aaryan, has shifted from the place. In the picture clicked at night, Sara dressed in white lacy shorts with off-shoulder white top, looks worriedly at the paps as the camera flashes at her.

AHEM! Finally Kartik Aryan reveals when will he ask out Sara Ali Khan for DATE! 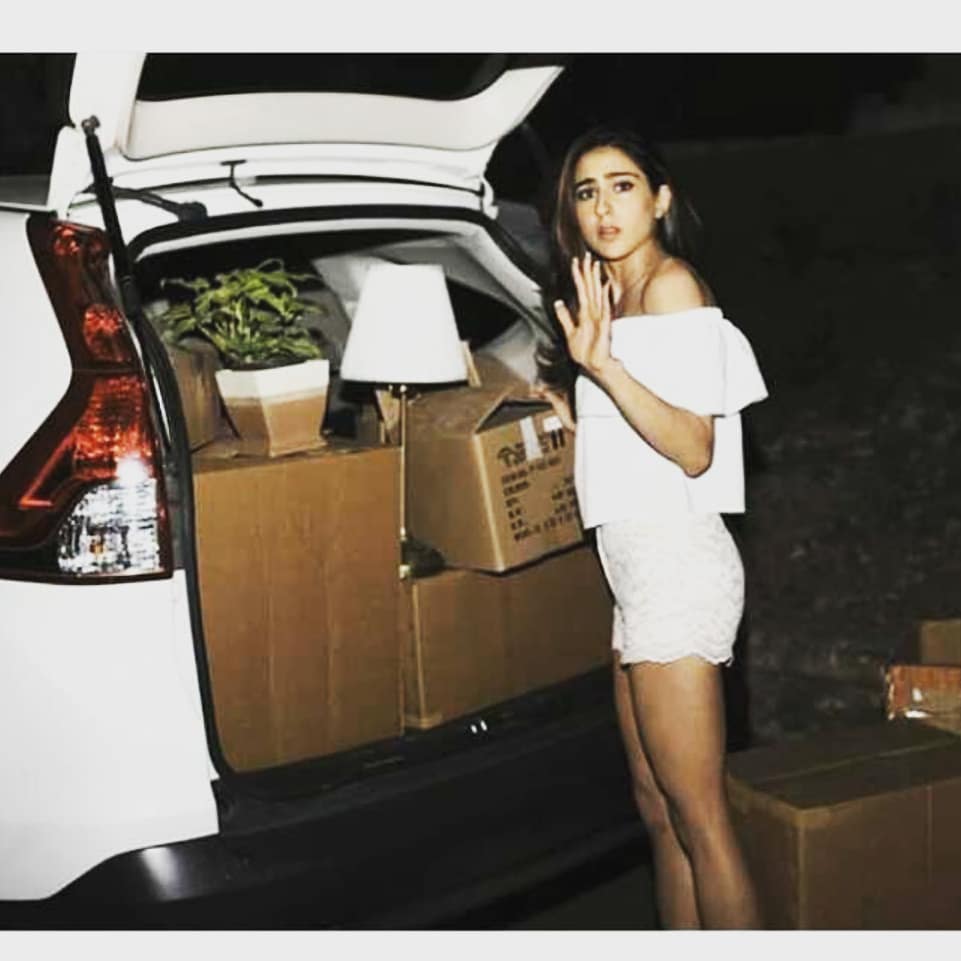 The picture is being circulated by the fanclubs of Sara and all kinds of speculations are made over her moving out of her mom's house. #SaraMovesOut even trended on Twitter today.

Although there seem to be nothing wrong at the family's side since we have all seen the mommy-daughter equation during recent interviews. And then we also have examples in Alia Bhatt, Ranbir Kapoor, and Varun Dhawan who too did get away from parents' shelter to lead independent life.

Interestingly, a day away, the Valentine's Day, is also being discussed in the matter.

Sara had revealed on 'Famously Filmfare' that the only guy she has dated ever is her ex-boyfriend Veer Pahariya. There were some recent reports claiming that she has something going with her 'Kedarnath' co-actor Sushant Singh Rajput. Any such reason seem most unlikely though.

VIDEO: Sara Ali Khan confirms she was dating Veer Pahariya; Reveals he was her only boyfriend!

The real reason is not known yet but check out how the fans have been reacting to this picture on social media:

Is she moving out with her crush? #SaraMovesOut Sara Moves Out pic.twitter.com/h9oDWMUJzC

#SaraMovesOut Is this true that Sara really going out?? Her move out is making us curious about why she is packing pic.twitter.com/bldePzdrV1

It's showing that she is moving out for what cause and where is the suspense now #SaraMovesOut pic.twitter.com/reipKNBU1R

Sara Ali Khan is seeing leaving home with things . Is it for make her very own real existence #SaraMovesOut #SaraAliKhan pic.twitter.com/0nzfu4F7tv