In the picture, a much-younger Sara Ali Khan looks chubbier as she is seen hugging her mother Amrita Singh.

By: IANS
Updated: 04 Sep 2019 11:19 PM
Mumbai: Bollywood actress Sara Ali Khan, who made her actinf debut in 'Kedarnath' opposite Sushant Singh Rajput, has shared a throwback photograph of herself on Wednesday and her caption is winning the hearts of netizens. In the image, a much-younger Sara looks chubbier than she is. She is seen hugging her mother Amrita Singh.

"Throwback to when I couldn't be thrown. Beauty in black," she captioned the image. Take a look at her post below:

On the work front, the actress, who was last seen in "Simmba", is gearing up for the release of Imtiaz Ali's "Love Aaj Kal 2", where she will be seen sharing screen space with Kartik Aaryan.

Moments after Sara posted the pic, Kartik took to social media to post some banter. "This girl looks like Sara Ali," he wrote.

Check out their comments below: 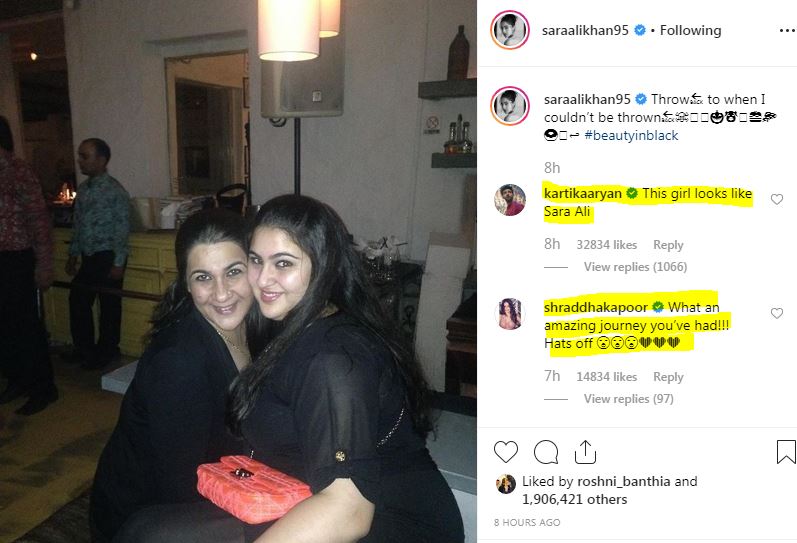 Coming back to Sara Ali Khan, she is also busy shooting for the remake of David Dhawan's "Coolie No.1" along with Varun Dhawan.