By: Filmymonkey Team
Updated: 22 Jan 2019 01:18 PM
New Delhi: Bollywood superstar Shah Rukh Khan’s son Aryan Khan’s Facebook account has been hacked. The star kid took to his Instagram story to inform his fans that his Facebook account was hacked and ask them to ignore anything from it.  The 21-year-old, who studies in University of Southern California, wrote, “Facebook hacked please ignore anything from it.” 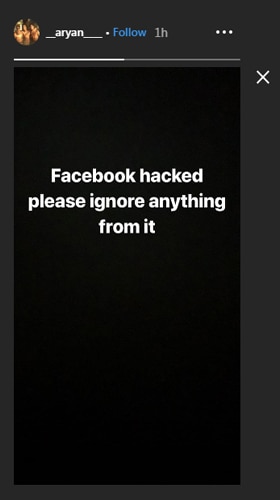