During his appearance on Neha Dhupia's 'BFFs with Vogue 3', 'Kabir Singh' actor Shahid Kapoor shared what he has learnt from his younger actor-brother Ishaan Khatter.

By: Filmymonkey Team
Updated: 15 Jun 2019 10:50 AM
Critic’s favourite and the eternal hearththob, Shahid Kapoor appeared with his BFF Kiara Advani, on the Colors Infinity chat show ‘BFFs with Vogue’

In a candid conversation, Shahid Kapoor shared what he has learnt from his younger brother Ishaan, who has already won a million hearts with his recent performances. Host Neha Dhupia asked, "I know on most places people would ask what he (Ishaan) learns from you, we want to know the reverse. What does someone like you, you have been in the business long enough. What do you learn from Ishaan because he is already making waves." 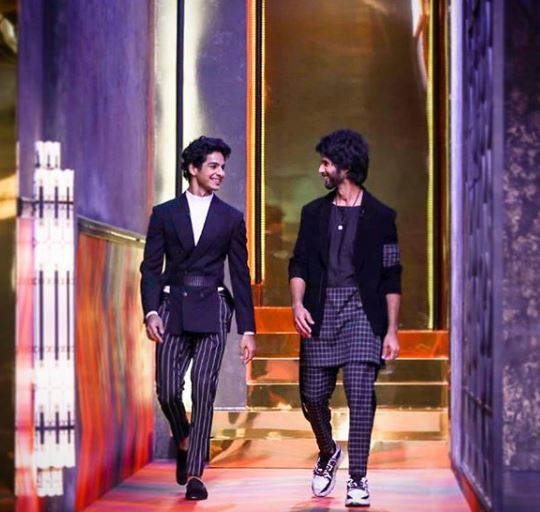