By: Filmymonkey Team
Updated: 12 Jul 2019 10:39 PM
New Delhi: Shahid Kapoor and Mira Rajput are one of the most loved couples in tinsel town. The two lovebirds, who are known for giving serious relationship goals, are parents to Misha Kapoor and Zain Kapoor. Mira, who is quite active on Instagram, shared an adorable picture of her ‘baby bear’ Zain and it is bound to melt your hearts.

The caption of the picture read, ‘’ “You’ve got this Mama” ???? #babybear #zizou.’’ Baby Zain can be seen looking cutely at his mommy when she clicked the photo.

The little munchkin looked cute as ever in a white ganji and black hairband. The picture has received over 2 lakh likes within two hours. Check it out!

Shahid Kapoor’s mom and Zain’s granny Neelima Azeem dropped a cute comment on the photo. She wrote, ‘’ My jaan babushka.’’

Fans have flooded the comments section with their messages. One fan wrote, ‘’ Chotu Kabir Singh’’, while another one wrote, ‘’ Sasha's copy.’’

Mira and Shahid welcomed Zain into their lives on September 5 last year. The star kid, who will turn a year older in two months, is already quite popular among the fans.

ShaMira, as fondly called by fans, celebrated their fourth wedding anniversary earlier this week.. The 'Padmaavat' actor had even shared a lovely post for his wife on Instagram on their anniversary. 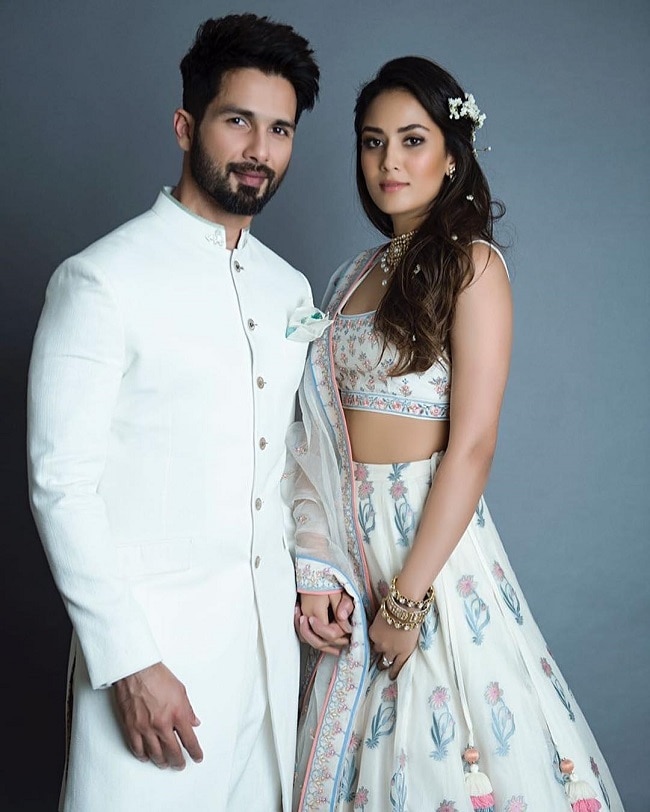 Shahid Kapoor is currently basking in the success of his recent release ‘Kabir Singh’. The film co-starring Kiara Advani has emerged as the biggest hit of 2019 till date. The romantic drama has also entered the list of top ten highest grossing films in Bollywood.