To wish her fans on the occasion of 'Durga Ashtami', 'Nikamma' actress Shilpa Shetty Kundra posted a picture in which she's doing 'Kanya Pujan' with son Viaan and sister Shamita.

By: Filmymonkey Team
Updated: 06 Oct 2019 09:49 PM
Bollywood actress Shilpa Shetty Kundra, who is all set to make her Bollywood comeback after a gap of 13 years with Sabbir Khan's 'Nikamma' featuring Bhagyashree's son Abhimanyu Dassani, is in a happy space both professionally and personally. The talented actress, who got married to businessman Raj Kundra on 22nd November 2009, celebrated the festival of 'Navratri' today (6th October). Shilpa Shetty, who is a mother to 6-year-old son Viaan Kundra, celebrated the festival by doing 'Kanya Puja'. 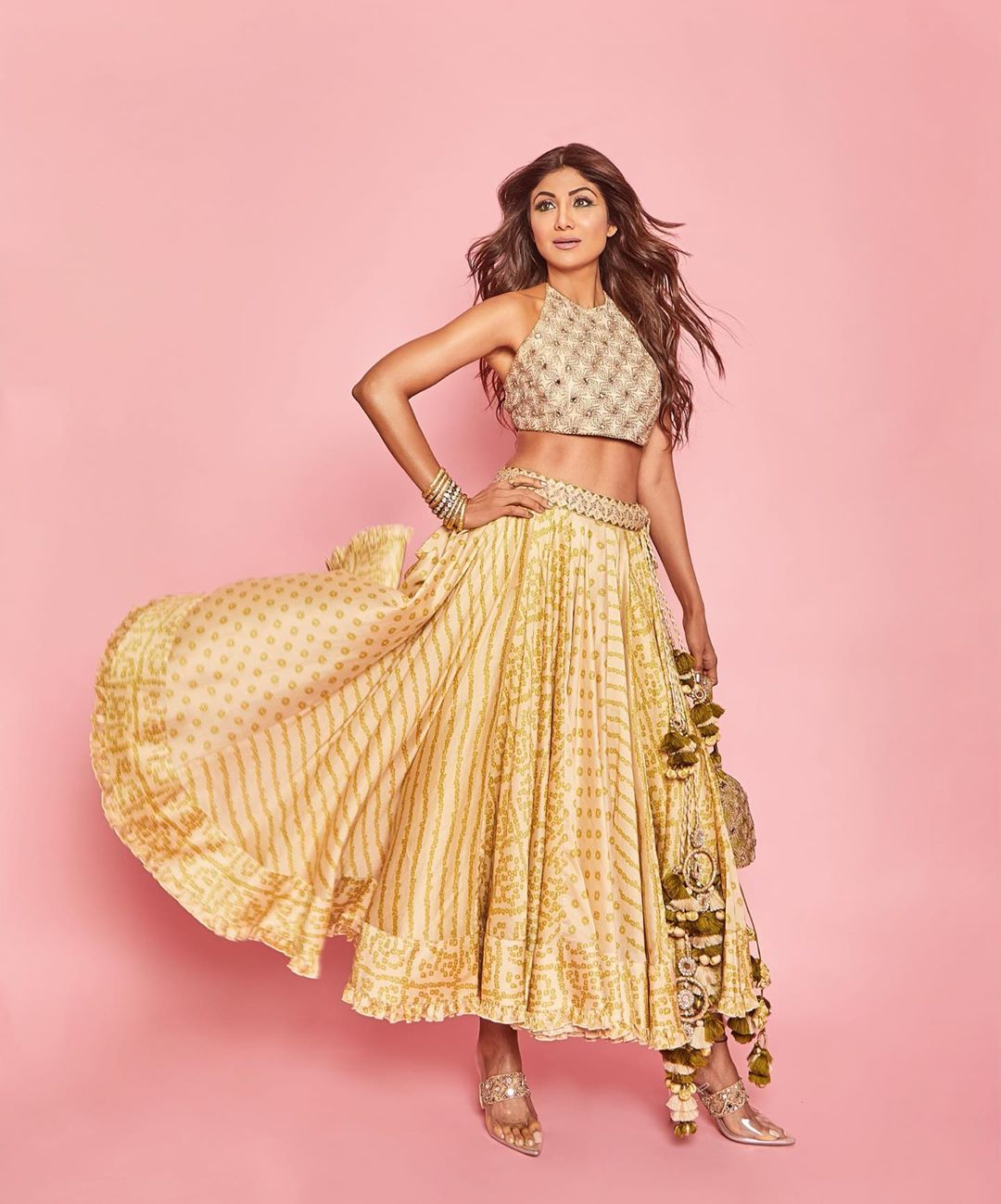 On the occasion of Dugra Ashtami', Shilpa Shetty took to her social media account and wished her fans by sharing a picture from 'Kanya Pujan'. In the picture, Shilpa Shetty's son Viaan and actress-sister Shamita Shetty can also be seen accompanying her in 'Kanya Pujan'.