Mansoor, who directed Aamir in 1988 hit romantic drama "Qayamat Se Qayamat Tak", added that he still thinks that Aamir and Shah Rukh were the perfect casting for the film. 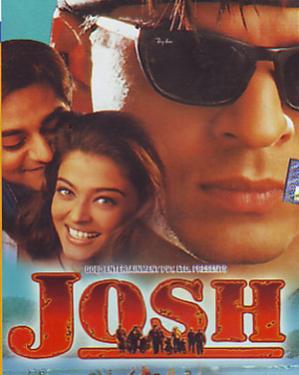 "I still think Aamir and Shah Rukh were the perfect casting for the film. However, Aamir refused to play that role. That's his choice," Mansoor said.

ALSO - Video: Salman speaks about doing a film with Shahrukh and Aamir

He added: "Aamir wanted to change his image also. He no longer wanted to play that lover boy, romantic guy. The second reason is the character Max (played by Shah Rukh) is a very charismatic character. Everybody wanted to play Max."

Mansoor talked about the hit film, which also features Aishwarya Rai Bachchan and Chandrachur Singh, at a panel discussion of 18th Mumbai Film Festival with Star on Saturday here.

He also shared that even Kajol wanted to play SRK's character.

"When I offered Kajol the role of Shah Rukh's sister in the film, she listened to the script and said she wanted to do Max."