SHOCKING! Rakhi Sawant claims Tanushree Dutta is a LESBIAN; 'she touched my private parts and raped me'! INSIDE VIDEO

By: Aashu Mishra
Updated: 24 Oct 2018 07:43 PM
Controversies favourite child Rakhi Sawant locked horns with actress Tanushree Dutta ever since the latter accused Nana Patekar of sexually harassing her. Rakhi had since then rubbished the allegations and blamed Tanushree of falsely defaming a veteran actor.But today(Wednesday, October 24, 2018) Rakhi made some shocking claims during a press conference! 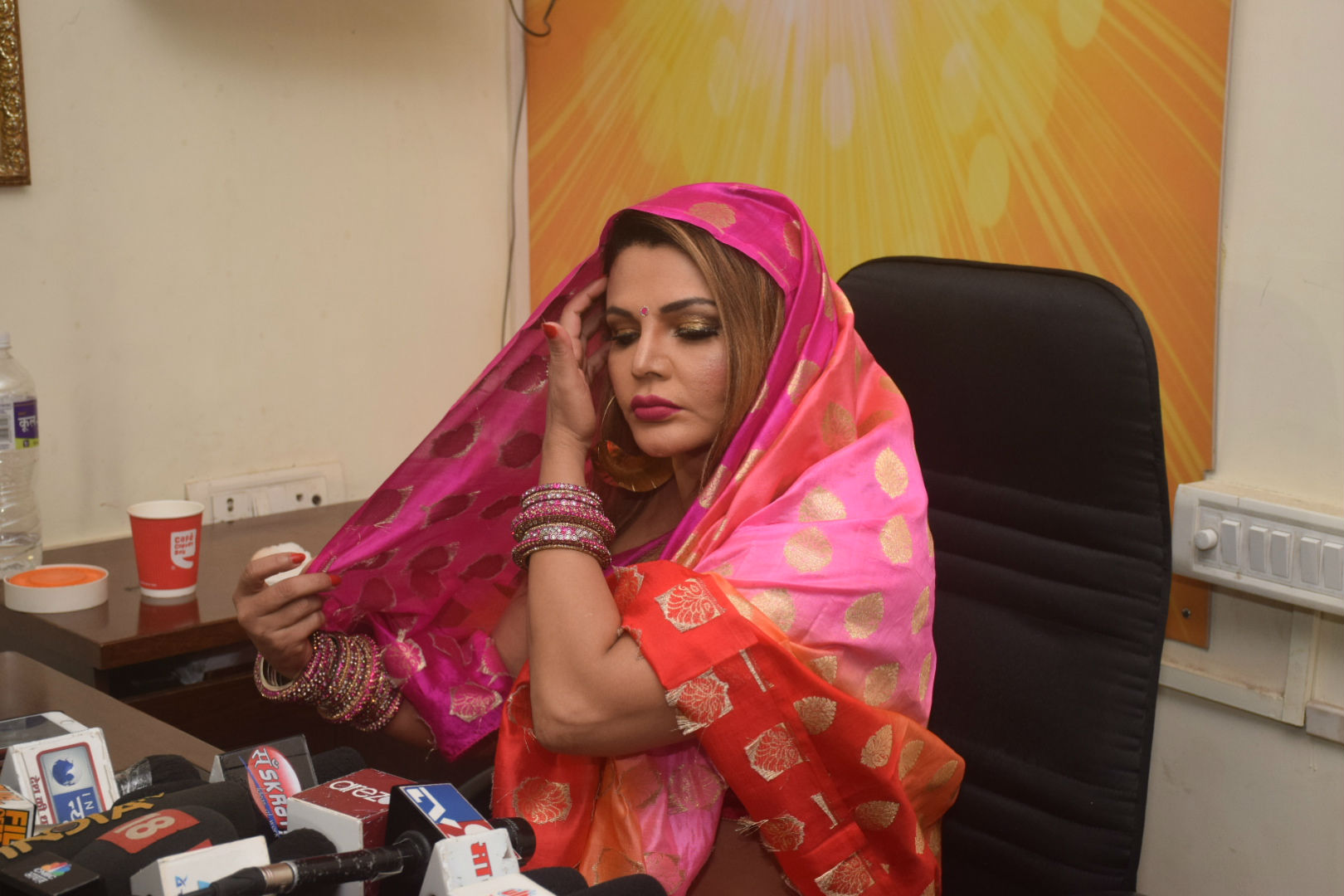 Rakhi Sawant, who is known for making scandalous statements, has now claimed that Tanushree Dutta is indeed a lesbian.
Dressed in a pink sari with the pallo on her head, Rakhi alleged that Tanushree raped her multiple times. She further said that the former Miss India is a "boy" from inside. WATCH THE SHOCKING VIDEO BELOW:

On a related note, Tanushree is seeking legal action against Horn Ok Pleassss team and Nana Patekar, she has also slapped a defamation case worth Rs 10 crores against Rakhi Sawant for accusing her of lying and being drugged on set while filming the song.

Amid #MeToo, Tanushree Dutta snapped all smiles with Ishita Dutta & Vatsal Sheth at a dandiya event!

After the defamation case against her, Rakhi Sawant held a press conference today where she made shocking claims about Tanushree Dutta. “Tanushree has slapped Rs 10 crore defamation case against me. I am very sad and wondering ‘why she has filed a case?’ Who started it first? Tanushree Dutta went to the news channels and talked about being insulted and replaced by Rakhi Sawant. They could have found someone classy. It means that I am from a lower class. Tanushree, who gave you the authority to call me a lower class?”