Singer Mika Singh BANNED And BOYCOTTED By All India Cine Workers Association After Performing At Event In Pakistan!

Mika Singh's performance at an event of former Pakistan dictator General Parvez Musharraf's relatives on 8th of August in Karachi had sparked a major outrage in India.

By: Filmymonkey Team
Updated: 14 Aug 2019 09:00 AM
Singer Mika Singh who recently invited a controversy after his performance in Karachi, Pakistan has been banned by the All India Cine Workers Association (AICWA). The film body, in a statement released on Tuesday, said that it had boycotted the singer’s association with the film production houses, music companies and online music content providers. The association said that it will “make sure” no one in India works with the singer and that anyone who violates their will face “legal consequences.”

AICWA has also sought Ministry of Information and Broadcasting’s intervention in the matter.

All India Cine Workers Association (AICWA): AICWA workers will make sure that no one in India works with Mika Singh & if anyone does, they will face legal consequences in the court of law. AICWA requests Information & Broadcasting Ministry to intervene & act legally on the singer https://t.co/SOBp26HrXx 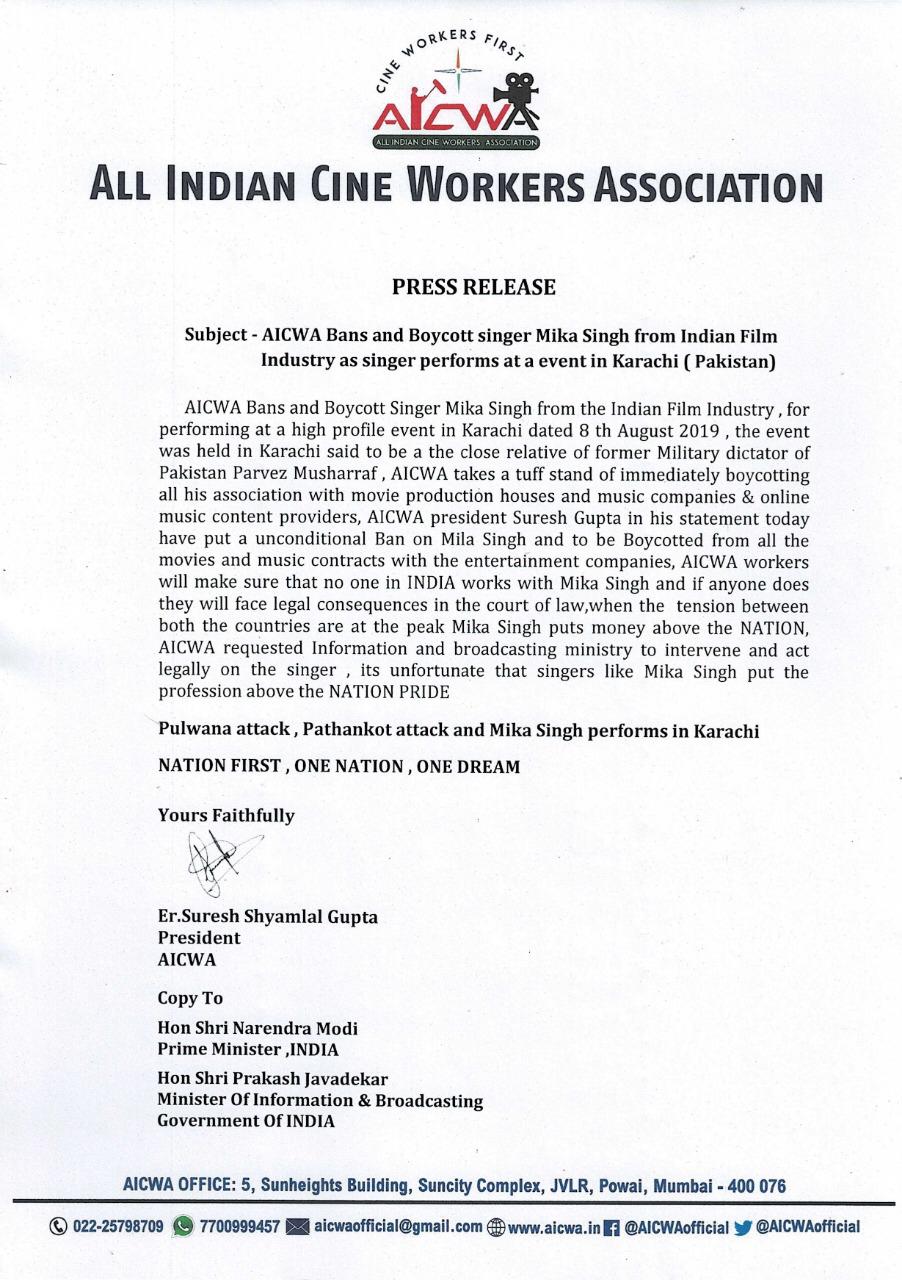