By: ABP Live
Updated: 09 May 2017 06:50 PM
Bollywood actress Sonam Kapoor’s life is going great these days as after receiving the Special Jury Award at the 2017 National Awards, the 'Neerja' actress is all set to make her relationship with businessman Anand Ahuja official. And, if recent reports are to be believed, then the engagement is on the cards for Sonam & boyfriend Anand. 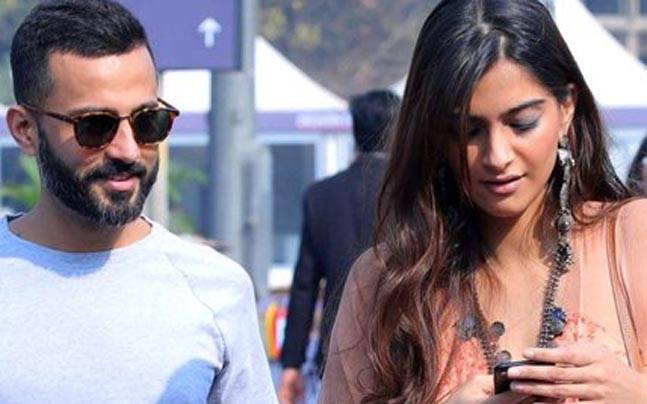 Though Sonam and Anand have never accepted their relationship directly, but the Bollywood fashionista has indirectly hinted that she is indeed in a relationship with the model & businessman.

A source close to the alleged couple told TOI that, "A formal engagement announcement is going to happen pretty soon."

Sonam Kapoor looks ADORABLE in her Charlie Chaplin avatar in this CHILDHOOD pic!

It is very much evident that Anand Ahuja is very close to Sonam's family as well from his participation in family functions and parties. And recently, he also accompanied Sonam to her National Award Ceremony along with the actress' family.

This year has been extra special for National Award winning actress Sonam Kapoor and now if the news of her engagement turns out to be true then it is just going to get extra special.

On the professional front, Sonam is currently busy shooting for R Balki's Padman along with Akshay Kumar.