By: ABP Live
Updated: 23 Sep 2016 07:06 PM
Priyanka Chopra made an appearance yet again on the Internationally popular 'The Tonight Show Starring Jimmy Fallon' this week where he threw the Apple picking challenge at her and hoped he would avenge his last time loss he suffered in the 'Chicken eating contest'[Watch Priyanka beat Jimmy Fallon hands down at Chicken eating contest; FUNNY VIDEO!] against America's popular 'Alex Parrish'.

Priyanka visited 'The Tonight' show to promote the second season of her American TV show 'Quantico' and here she yet again made a strong impression with her bindas attitude and looked stunning in a black & white dress. 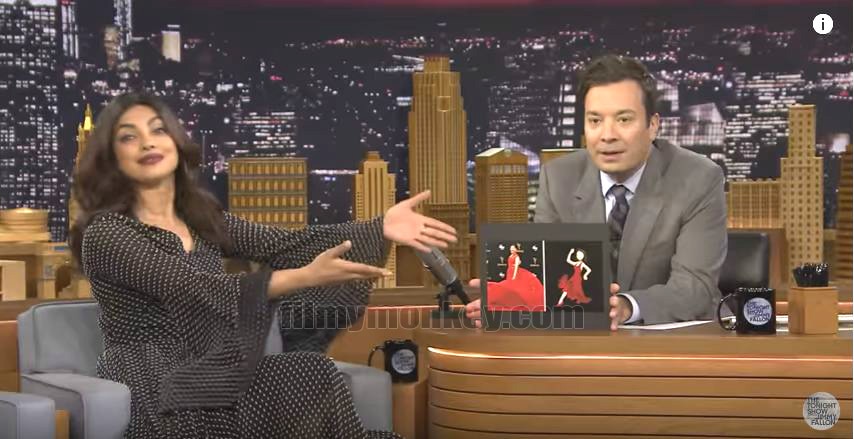 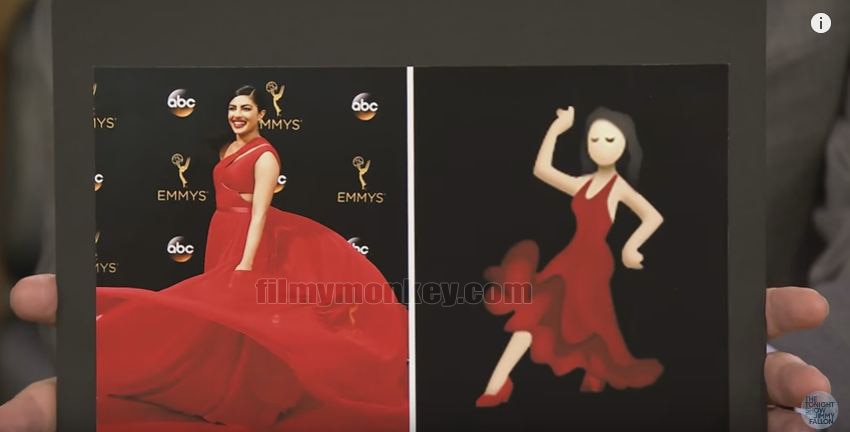 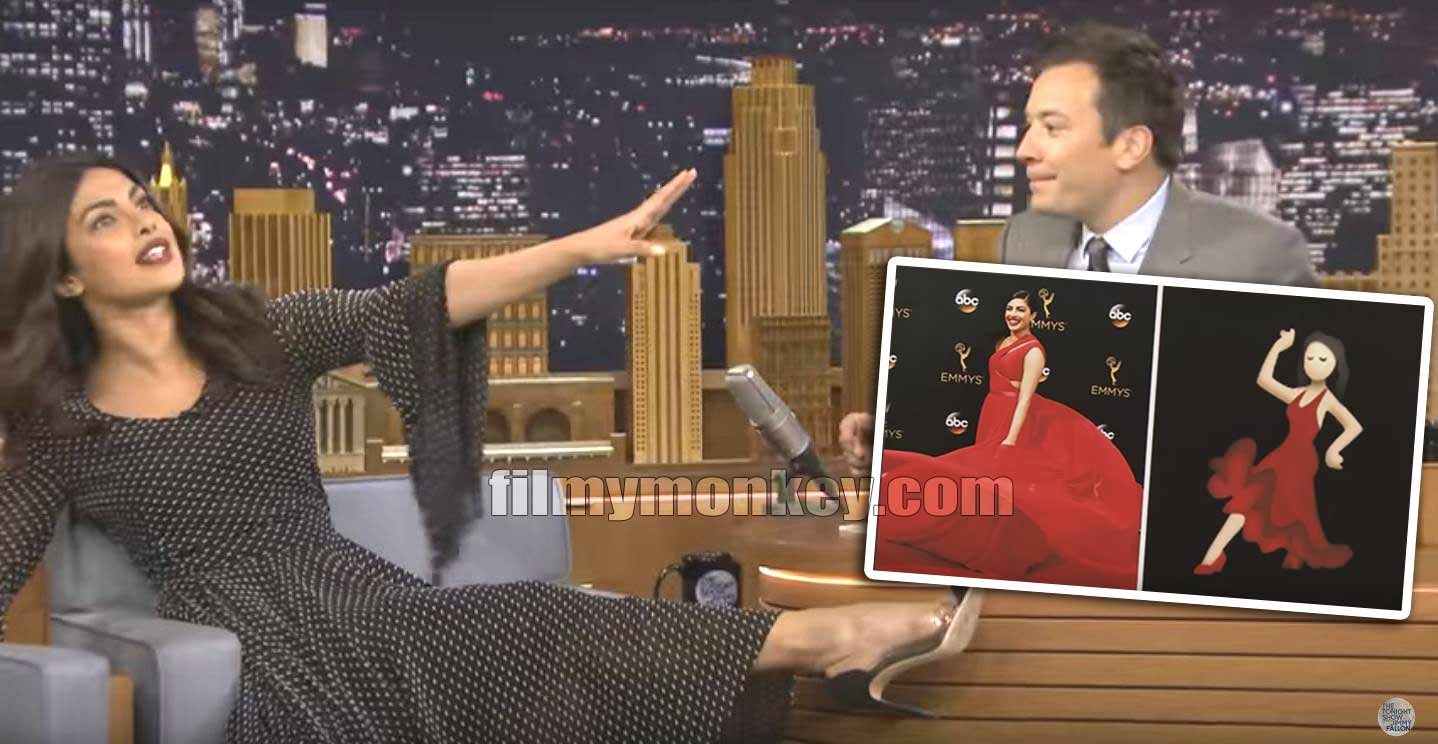 Priyanka's Red carpet appearance at Emmy's and the stack of passports she carries, were another highlights of the show. Priyanka was seen twirling her red dress at the Red Carpet multiple times and she says it looked like she embodied the dancing emoji there. We also got the glimpse of the bunch of passports she is having to carry since her work in the US & India demands her to keep shuttling between countries.

And now the time for our Desi Girl's win over the star host of America. The 'Apple Bobbing contest' required both Priyanka and Jimmy to pick out apples from the drum filled with water, grabbing them with only their mouth. 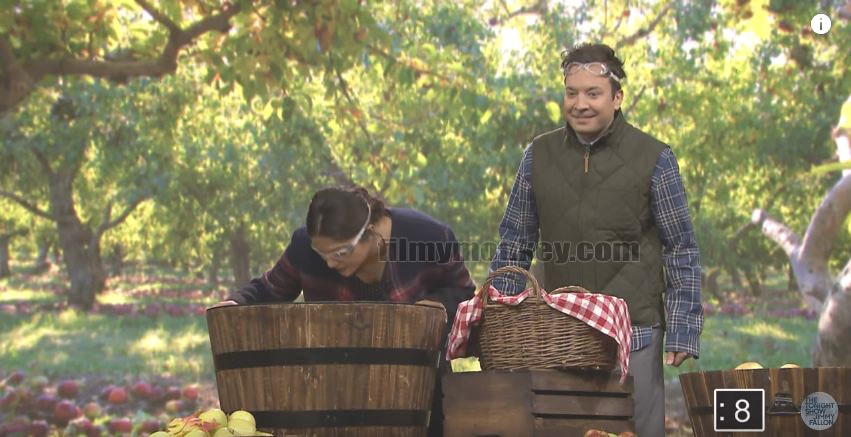 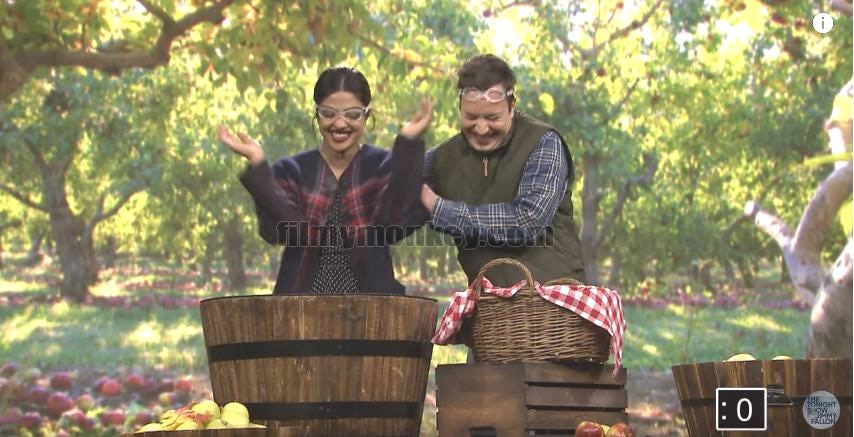 Priyanka went for it first and took out 5 apples in 20 seconds while Jimmy couldn't pick even one. The very funny and witty host of 'The Tonight' was surprised and enjoyed the moment at the same time while audience had a good time laughing.