By: ABP News Web Desk
Updated: 10 May 2017 11:05 PM
NEW DELHI: Sonam Kapoor is elated at winning her first ever National Award for her stellar performance in 'Neerja'. The gorgeous actress who attended the award ceremony with her father Anil Kapoor and rumoured beau Anand Ahuja bonded well with her co-awardees. She is also happy in her personal life; her relationship with alleged boyfriend Anand Ahuja is growing stronger day by day.

Though, Sonam and Anand have always remained tight-lipped about their relationship but they are spotted together at various occasions. The duo have painted the town red with their bonding. Now we hear that May 9 marked one year of their dating anniversary and the couple made sure that they celebrated it in a special way. The Bollywood diva was the one who was the most excited. According to a report in Mumbaimirror, Sonam, just like any teenage girl planned a special dinner and bought him some expensive gifts. 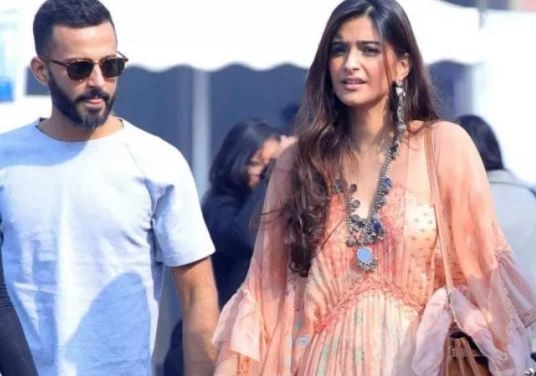 The report also said that the 'Neerja' actress is gaga over her boyfriend and she can't stop herself from gushing about him to her friends and family. “He’s too cute, he’s too hot,” answers the leggy lass whenever anyone asks about Ahuja.

The couple is head over heals for each other and it is evident. On the work front, the Bollywood fashionista is busy shooting for R Balki's 'Padman' opposite Akshay Kumar.