By: IANS
Updated: 04 Sep 2019 08:24 PM
Mumbai: Melody queen Lata Mangeskhar's reaction to Ranu Mondal, stating that the internet sensation should "be original" and "imitation is not art", has disappointed many fans and social media users, who feel the legendary singer could have been "more gracious". "Such a superstar and so ungracious," wrote a user on Twitter. These are also joined by the Bollywood celebrity Apurva Asrani who won a National Film Award for Best Editing in 2000 for the film 'Snip!'. He tweeted along with an article carrying legendary singer's reaction on Ranu- "This statement lacks grace. Reminds me of my childhood when original talents like Runa Laila, Suman Kalyanpur, Usha Uthup & Sadhna Sargam didn't get their due because Lataji ruled the roost. Only imitators survived, somewhat. #RanuMondal #LataMangeshkar".

"A poor lady sang on a railway platform for a living. #RanuMondal's voice was miraculously noticed by SM and she became a star. Inspiring Lata ji could have been more gracious, complimented and helped her. This lecture on "imitation" was avoidable," another user said.

This statement lacks grace. Reminds me of my childhood when original talents like Runa Laila, Suman Kalyanpur, Usha Uthup & Sadhna Sargam didn't get their due because Lataji ruled the roost. Only imitators survived, somewhat. #RanuMondal #LataMangeshkar https://t.co/AsGuW4sFec 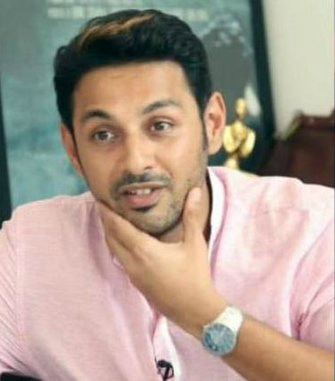 A user "disagreed" with Mangeshkar and called her "a bit harsh", while another said that this could have been taken in "true spirits by a senior artist like Lataji".


Production of the song is in progress , this is just a scratch / thank you dear people of the globe for bringing this unadulterated smile on Ranu ji s face , her versitality and confidence is growing with each song , The recreation of Aashiqui Mein Teri from happy hardy and heer is a proof , lots of love , wishing all of you a very Happy Ganesh Chaturthi #HappyGaneshChaturthi #Aashiquimeinteri2.0 #HimeshReshammiya #RanuMondal #Trending #HappyHardyAndHeer #Instadaily #InstaLike

The video has paved the way for her phenomenal rise from a street singer to a debutante playback singer in Bollywood.

(With input added in IANS)