Tiger Shroff feels 'Baaghi 2' is a tough act to follow up!

By: IANS
Updated: 30 Nov 2018 02:18 PM
Mumbai: Tiger Shroff, who delivered a box office hit with "Baaghi 2", is looking forward to his kitty of new projects, but says the action entertainer is a tough act for him to follow up as an actor. Tiger interacted with the media when he launched his Mixed Martial Arts (MMA) Matrix gym along with his sister Krishna Shroff and mother Ayesha Shroff here on Thursday. He will next be seen in Dharma Productions' "Student of The Year 2" and he will also share screen space with Hrithik Roshan for the first time in a Yash Raj Films production. 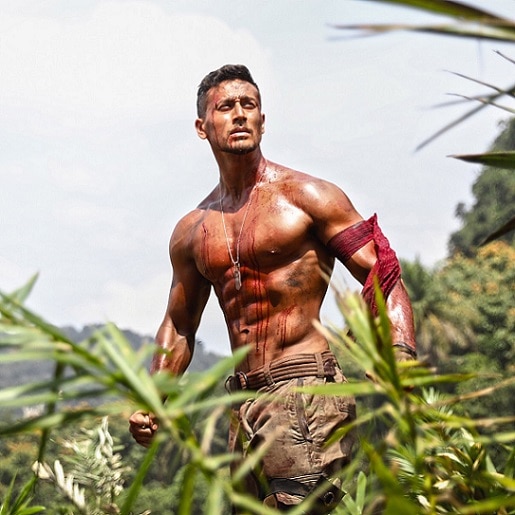 Tiger in a still from 'Baaghi 2'