By: Shruti Srivastava
Updated: 18 Jun 2019 05:21 PM
Esha Deol and husband Bharat Takhtani welcomed their 2nd child, baby girl they named Miraya, on June 10th and we got to see her first glimpse when the couple took her home 3 days after upon Esha's discharge from the hospital. Their elder daughter Radhya Takhtani was also accompanying them.

And while we await to see a clear picture of the newborn princess, here are some unseen gems of the baby girl after her birth, with her doting nani(maternal grand mother) Hema Malini.

Also seen in the pictures is Esha's doctor Dr. Kiran Coelho who the 2nd time mommy just thanked with a fresh social media post that reads- "Here’s looking at you DR. Coelho [heart emojis] @dr.kirancoelho just wanted to say ... “we love you” [emoji]cheers to the #superwoman who is our family #gynac and simply the best at her job! #gratitude# radhyatakhtani #mirayatakhtani".

Esha thanked her gynecologist with a monochrome picture she posted of herself with daughter Radhya in her arms and who's turning to look at Dr. kiran standing next to them.

And it is her, Dr. Kiran, who had already posted series of pics on her Instagram page last week, 3 days after Miraya was born. And now they serve as pure treat for Dhamendra Paaji and Dream Girl Hema Malini's family-fans.

Dr. Kiran posted a picture of grandmom Hema with newborn Miraya in her arms and she wrote, "Happy grandmother Hema ji". 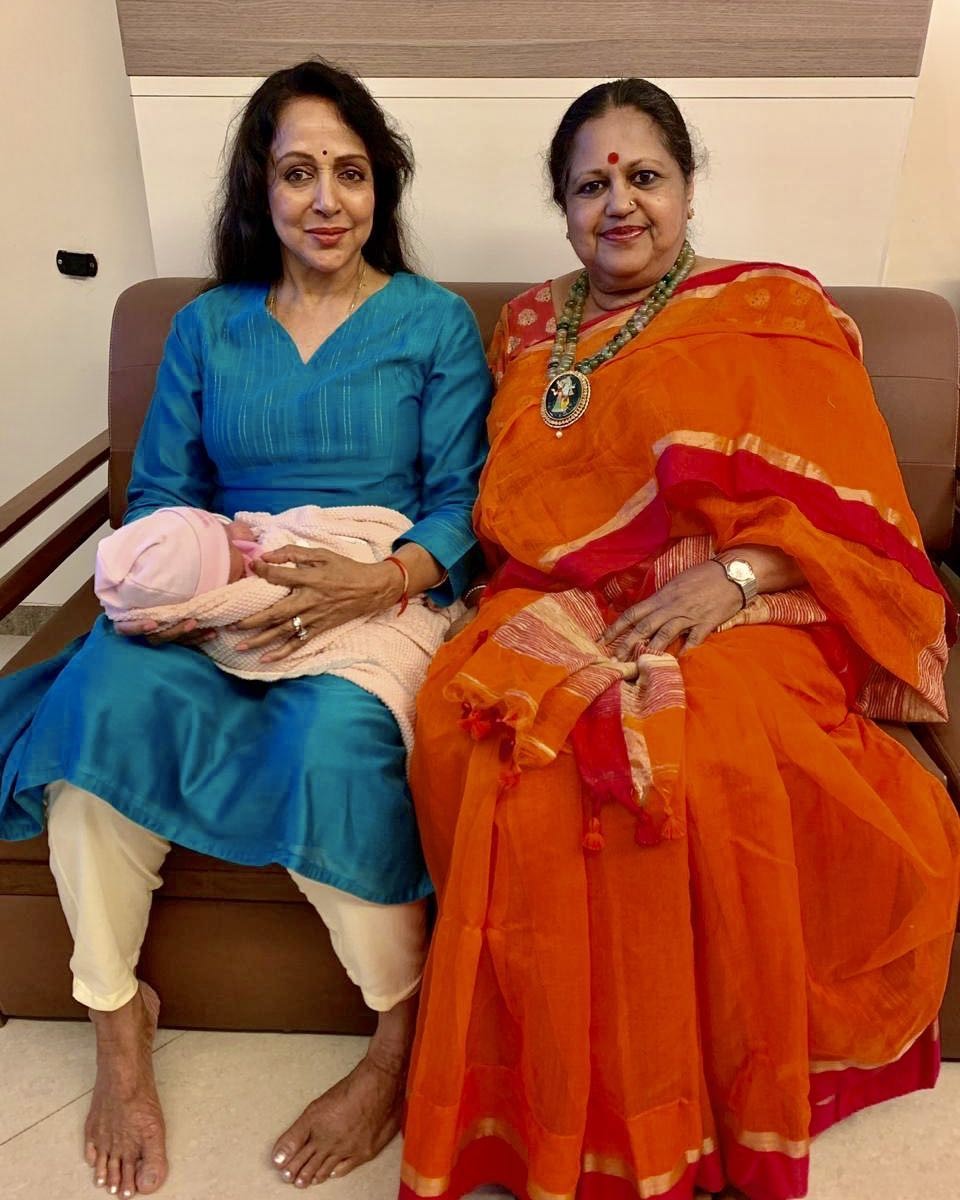 The second one.. "With Hemaji and all her grandchildren I helped bring into the world!" 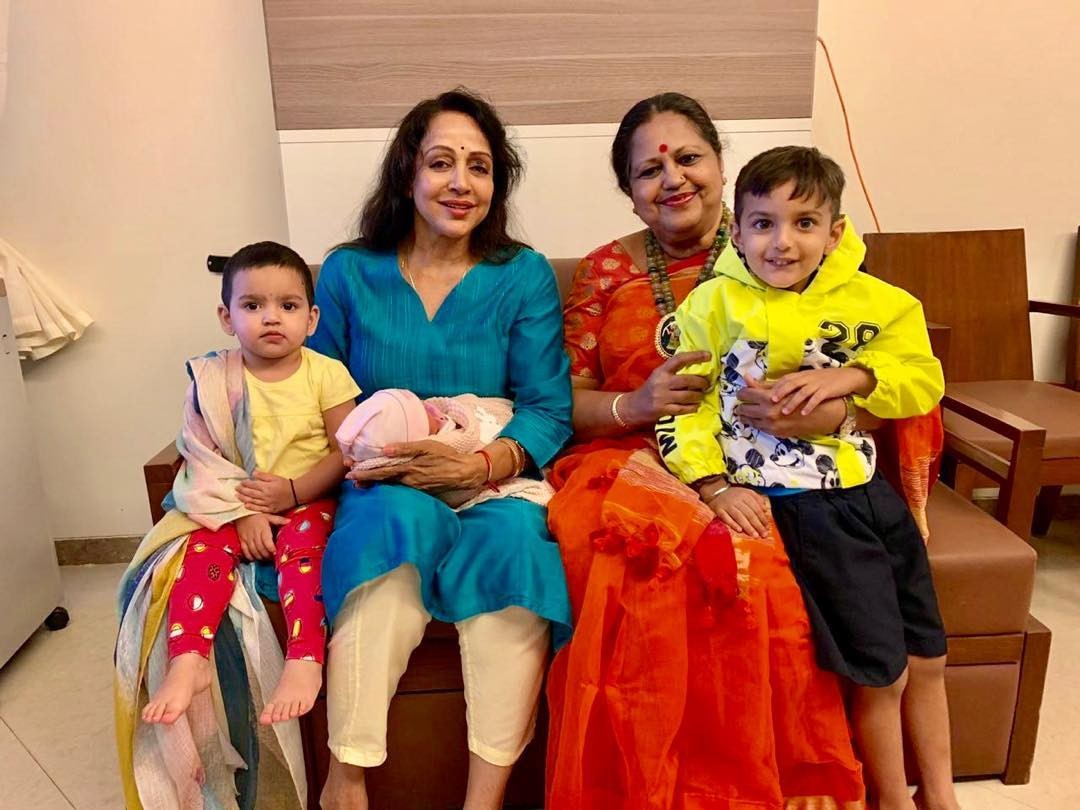 And the she shared picture with Esha which is from the day she was discharged from hospital as we see all of them in the same attire. "With the new mother the gorgeous Eshaa Deol Takhtani"

And Esha adorably responded to Dr. kran with: "We love u @dr.kirancoelho ! [emoji]To u ! Ur the best [hug and heart emoji]" 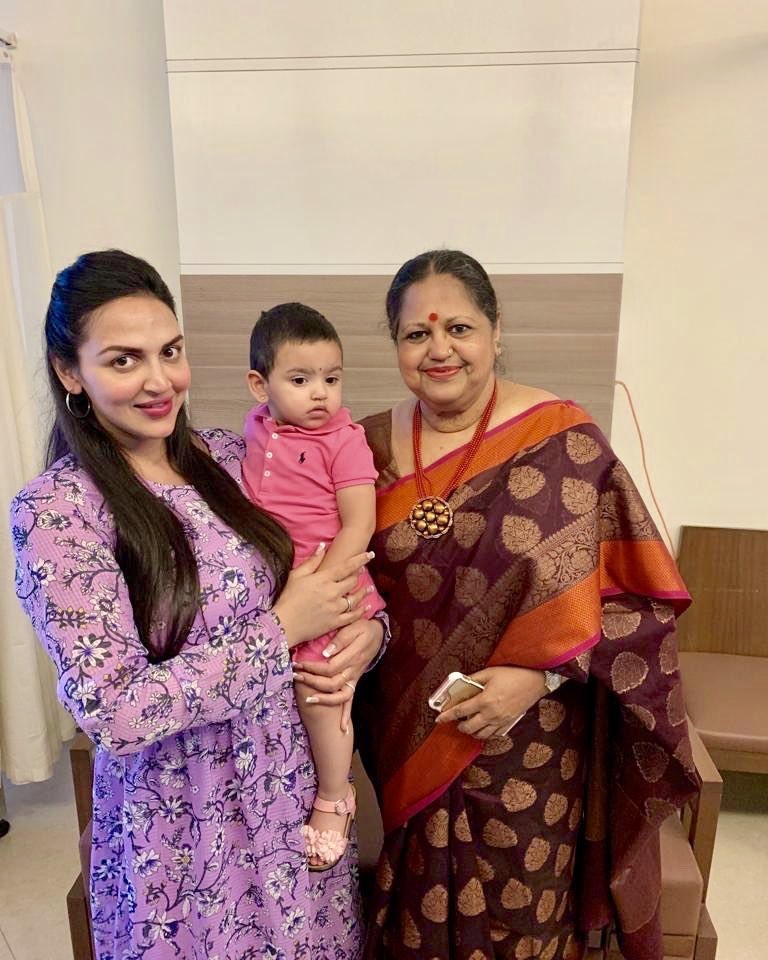 Last seen in short film 'Cakewalk', Esha had been sharing many pictures during her pregnancy phase staying super active on social media. Take a look at Esha's pregnancy pictures below (SWIPE LEFT):


All set to catwalk into the premier of #cakewalk my film ♥️ #inox #cakewalkpremier #gratitude ????????