Vicky Kaushal posts pic as he meets Rishi Kapoor, Neetu Singh in US, Captions it: "Nothing can beat his Josh!"

By: Shruti Srivastava
Updated: 15 May 2019 02:02 PM
The 'Uri : The Surgical Strike' actor Vicky Kaushal meets the veteran actor Rishi Kapoor in New York where he is celebrating his Birthday that falls on Thursday May 16th. Vicky visited the actor and his wife Neetu Singh and just treated his fans with a beautiful picture posing with them both in the US. Vicky posted the picture on his Insgram story and wrote caption over it- "Nothing can beat his Josh! More power to you Sir. Thank you for the wond Rishi Sir & Neetu Ma'am[heart and folded hands emoji]". 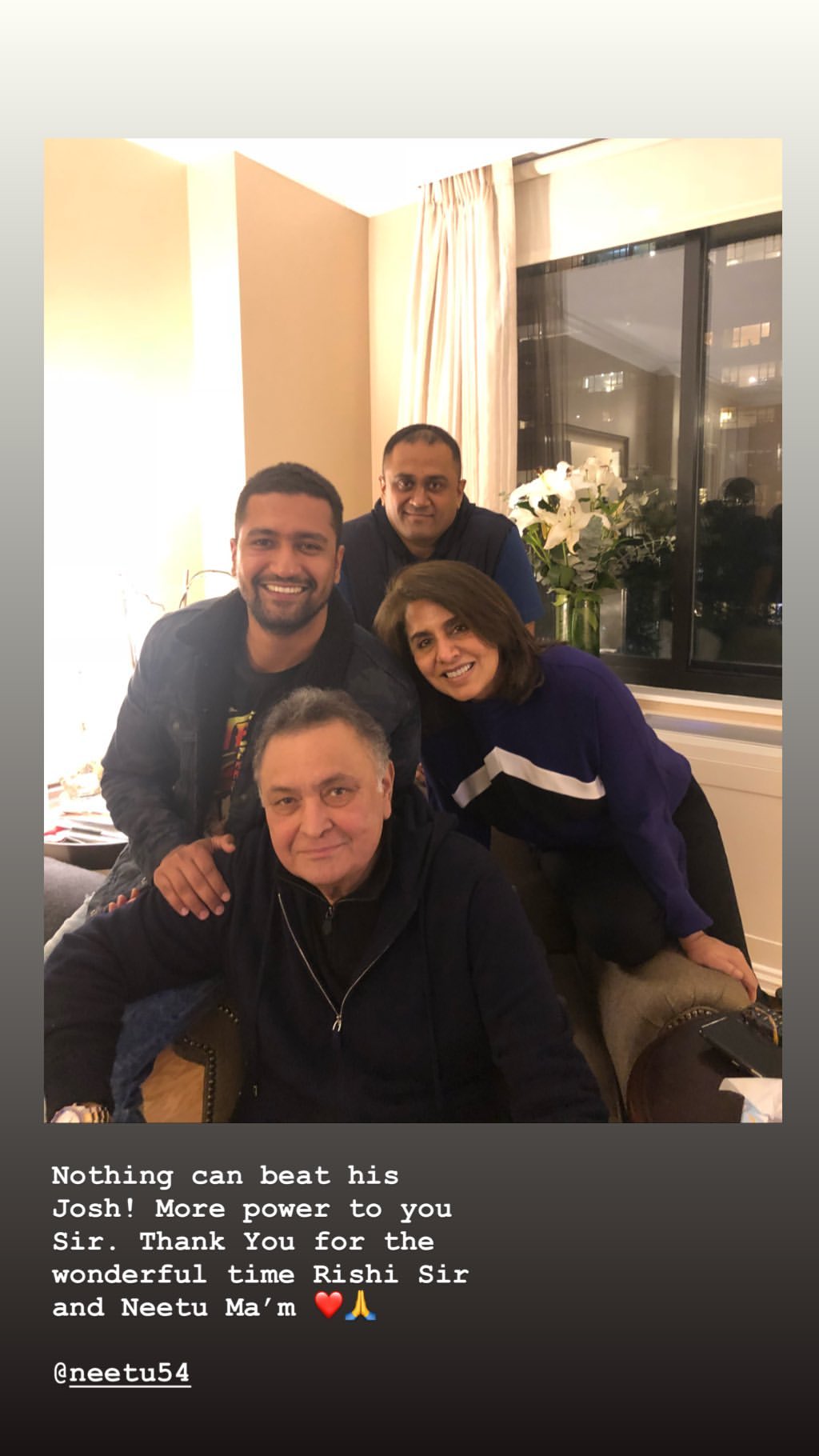 The picture with the smiling 'Masaan' star and the couple looking adorable together, is currently going viral on social media. Rishi has been in New York for several months for treatment. Just last month, his brother Randhir Kapoor said that the 66-year-old actor is almost cancer-free and will be back in the India in a few months!.