Virat Kohli and Anushka Sharma are one of the most loved and adored couples we have in India. VirUshka, as fondly called by fans, attended the Indian Sports Honours Awards in Mumbai on Friday (September 27). Scroll down to see the pictures. 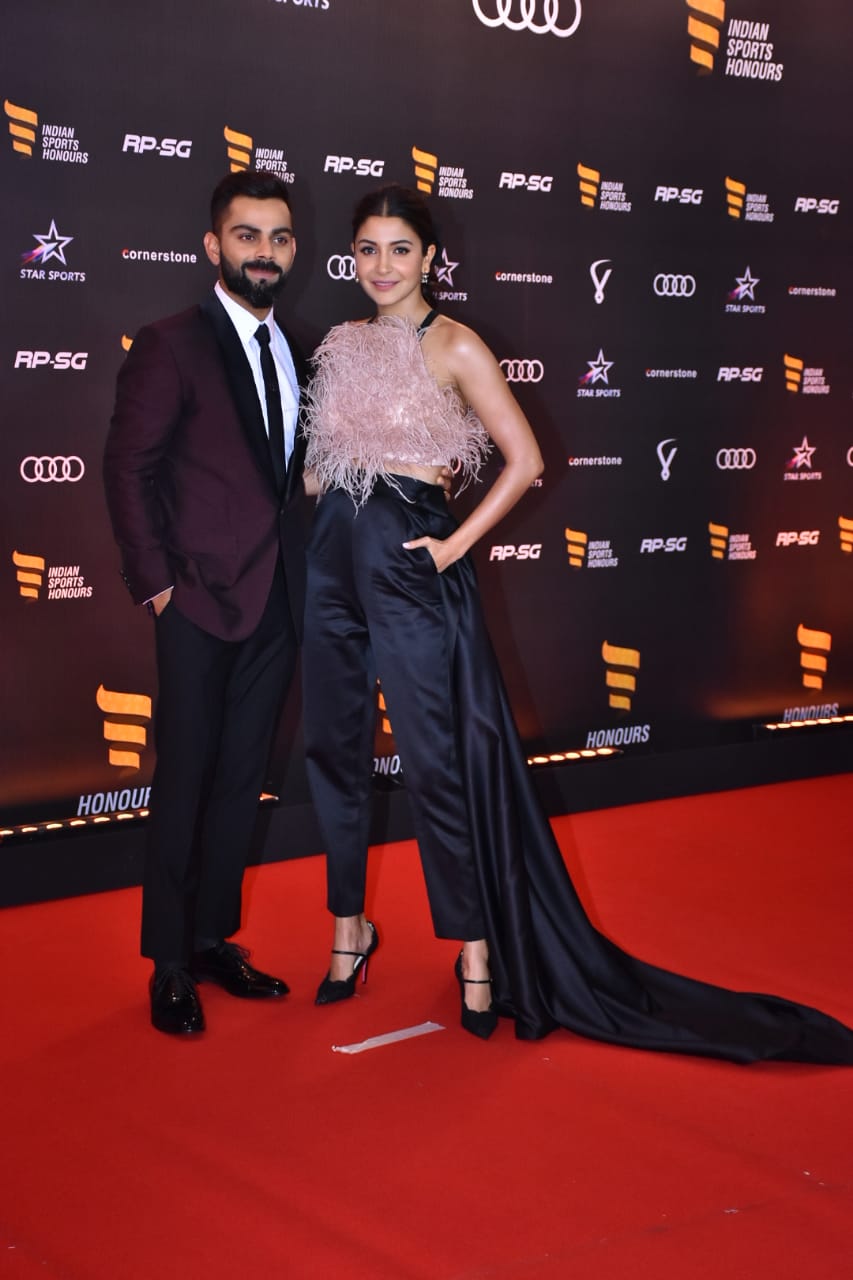 Anushka and Virat made a stylish pair as they attended the red carpet of the awards show. 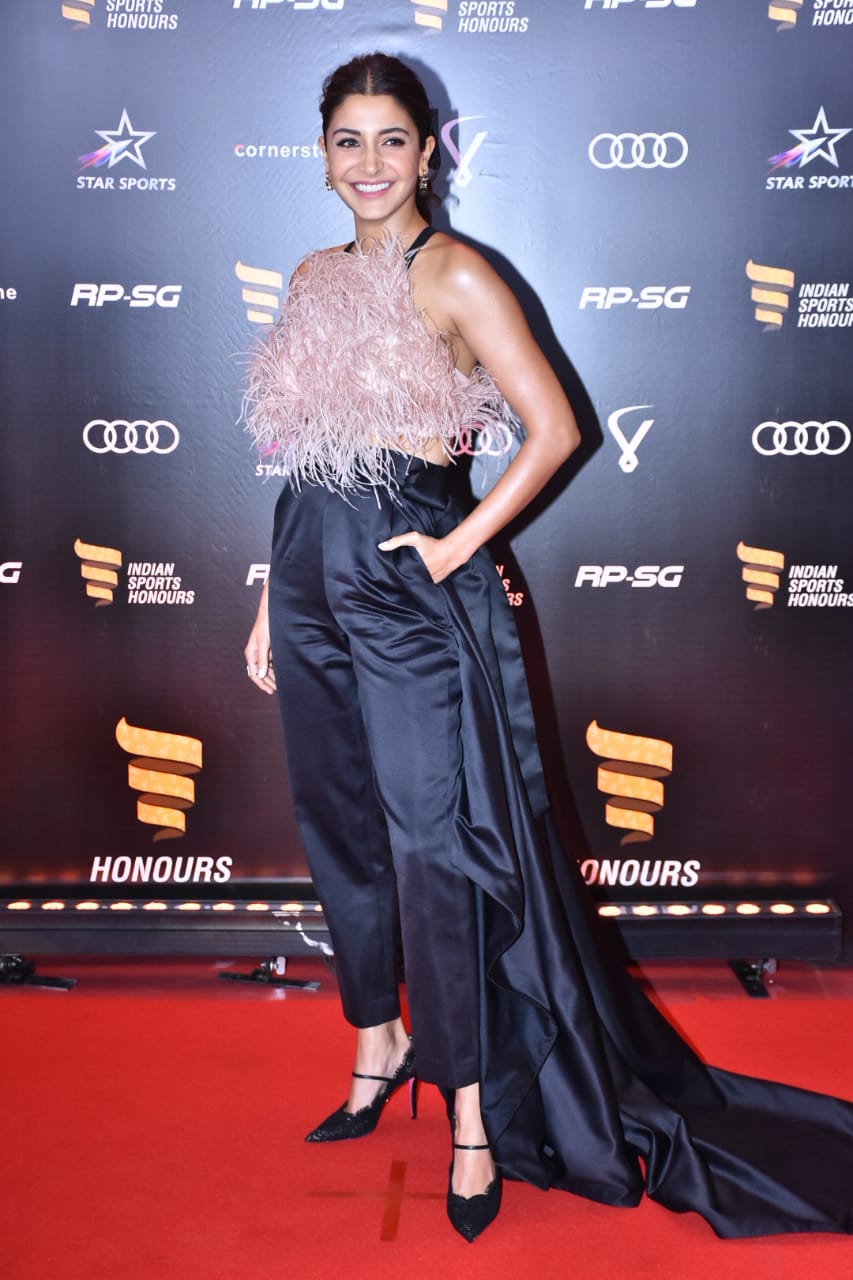 Anushka Sharma, who was last seen in ‘Zero’ opposite Shah Rukh Khan, looked gorgeous in a feathered top and black pants. 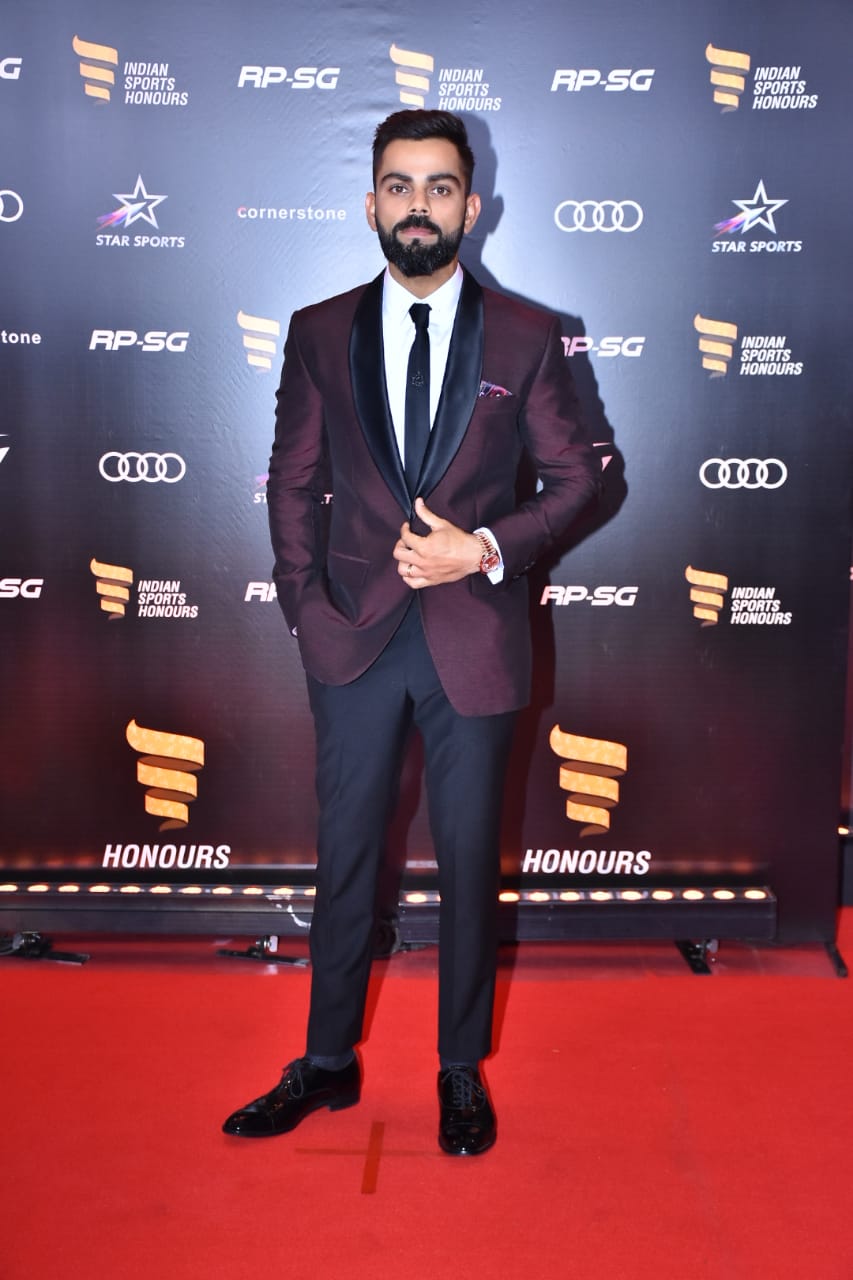 The Indian cricket team captain looked dapper in a dark purple blazer, which he paired with a white shirt and black trousers. 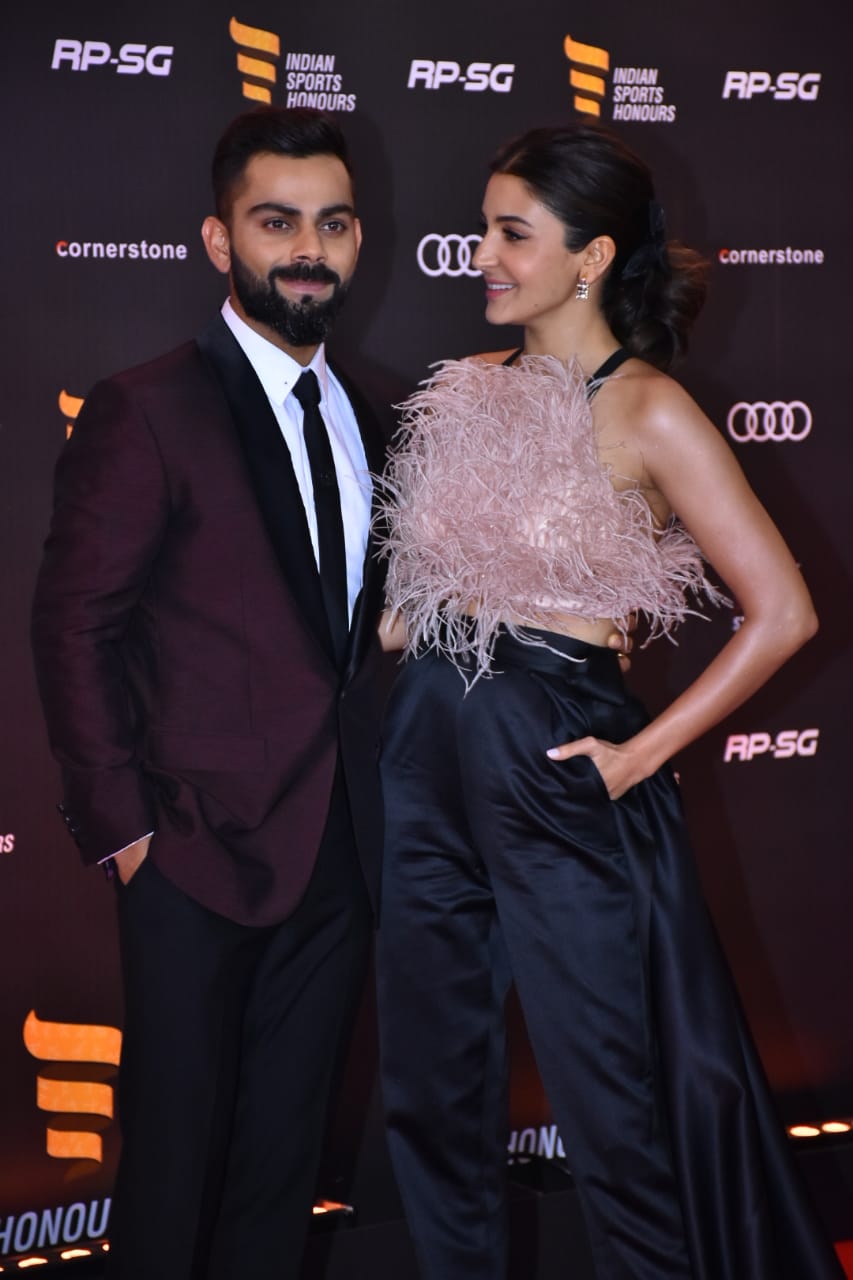 The ‘Sui Dhaaga’ actress can be seen looking cutely at her hubby while he poses for the cameras. 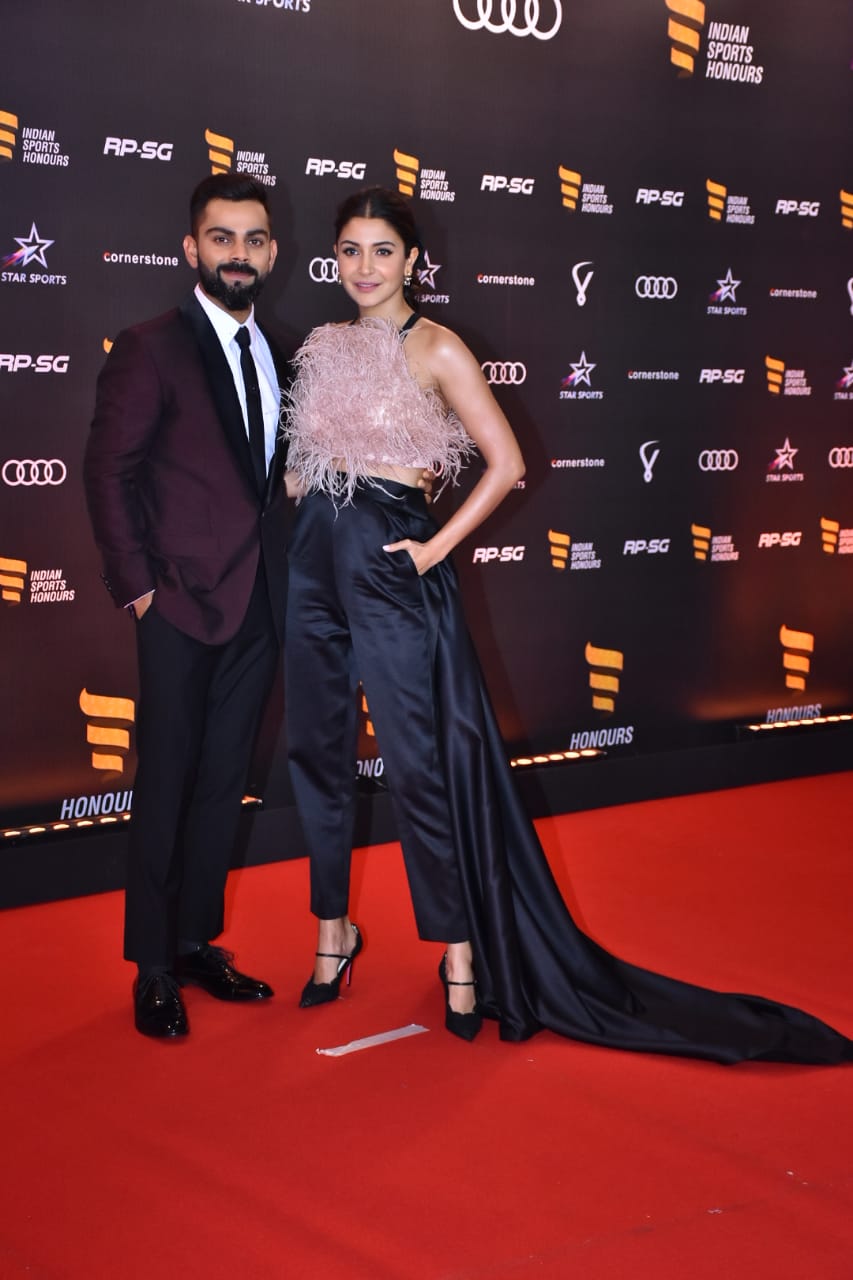 During an event to rename Delhi’s Feroz Shah Kotla stadium as Arun Jaitley stadium, Anushka Sharma was seen kissing the hand of Virat Kohli. The cricketer reciprocated her gesture by holding her hand affectionately. 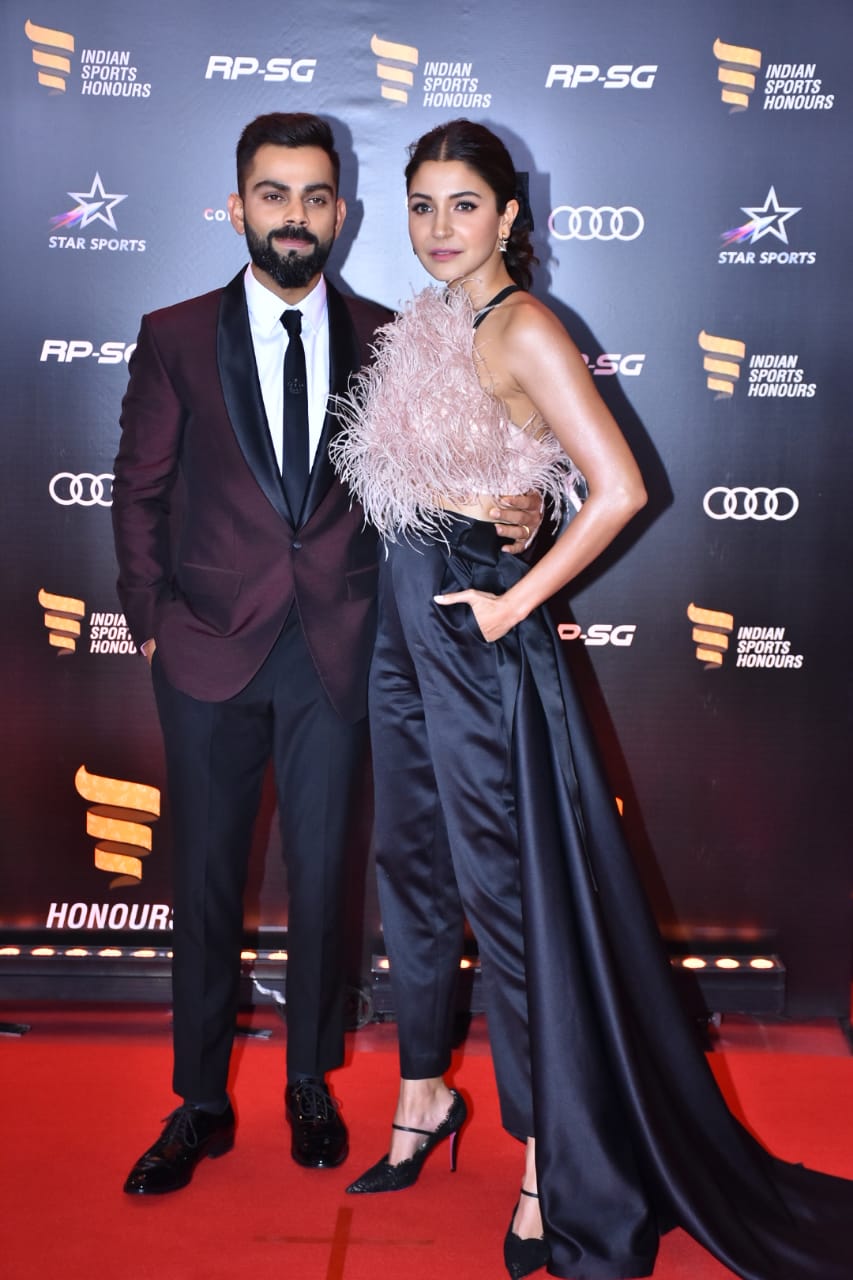 Anushka and Virat looked classy together as they walked down the red carpet. 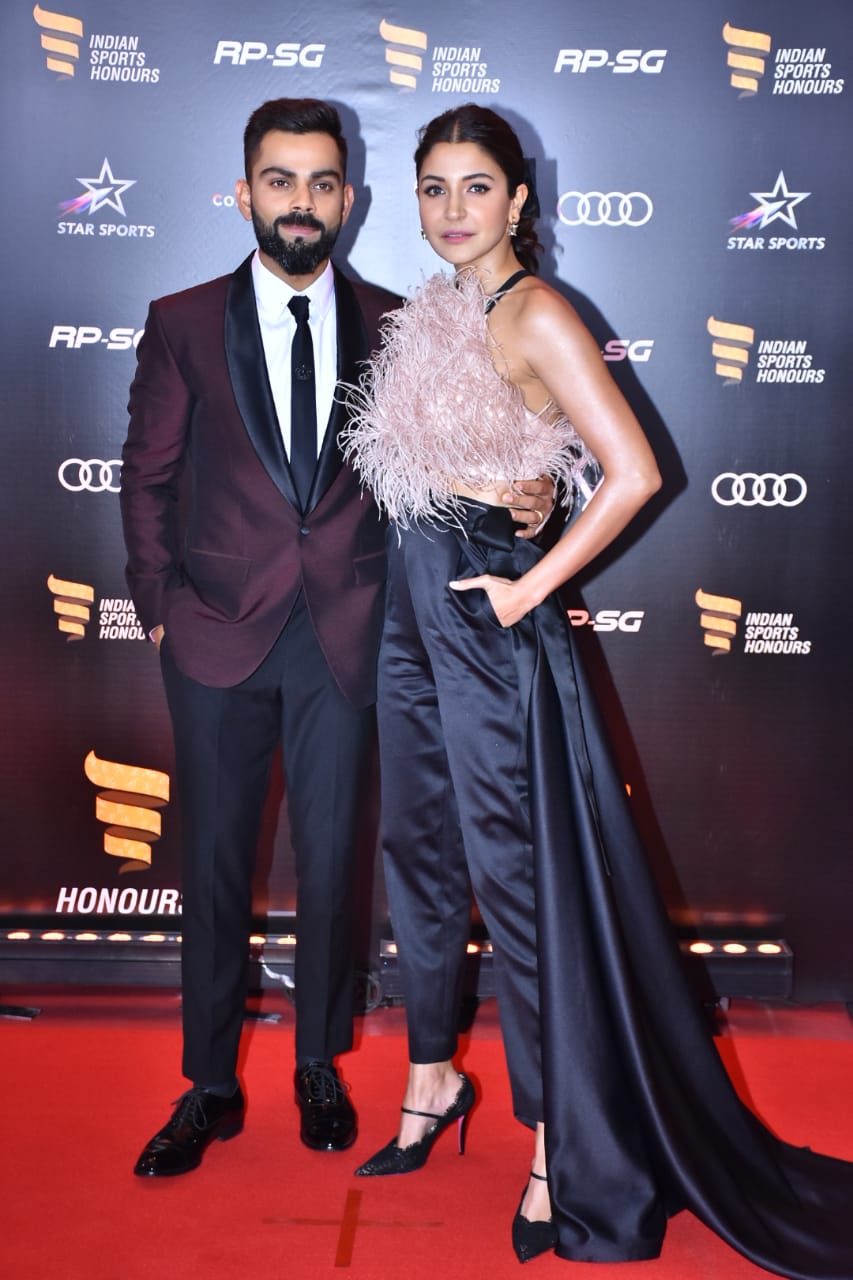 Anushka and Virat got married in a dreamy ceremony on December 11, 2017. Their wedding pictures got viral on the internet in no time. (All PICS Credit- Manav Manglani)