Anushka has been criticised a lot : Virat

By: ABP News web Desk
Updated: 18 Feb 2018 10:32 AM
New Delhi: India's win against South Africa has boosted the confidence of the newly married Indian skipper. As the country rejoiced this victory and Virat's immaculate performance, the captain remembered his wife.

In his victory speech , Virat credited his success to his wife Anushka Sharma and said that she has been criticised a lot in the past. He clearly meant to indicate at the trolls against her , when he was out of form.

Anushka Sharma too posted Virat's screenshot from TV with the same old caption. Can you guess? 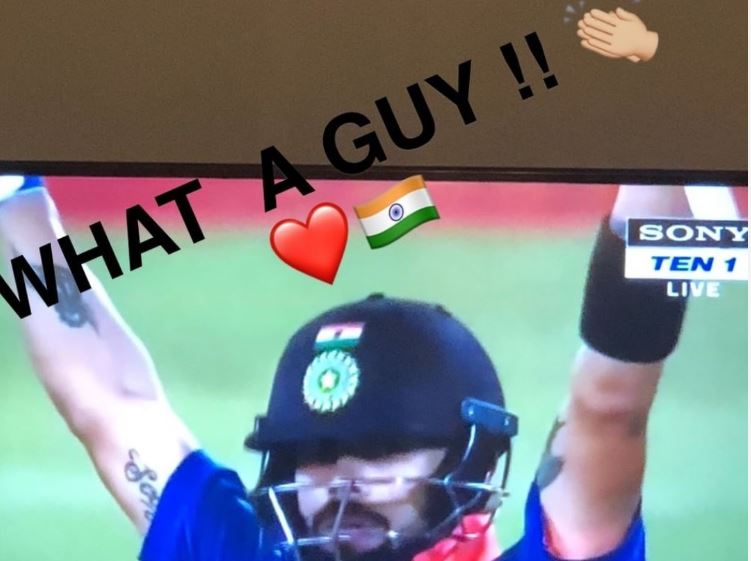 Aren't they just made for each other ?