Bollywood actress Anushka Sharma's Instagram stories tell that like all of us, she too was in front of her TV set cheering for Virat !

By: ABP News Web Desk
Updated: 02 Feb 2018 10:20 AM
New Delhi: Indian Skipper Virat Kohli made our hearts skip a beat with his terrific performance against South Africa on Thursday.

We were not the only fans elated at his 33rd ODI century, there was one more person who could not stop fangirling at his century. Yes, we are talking about wife Anushka Sharma who shared her fan moment in her Instagram story.

Check out her posts: 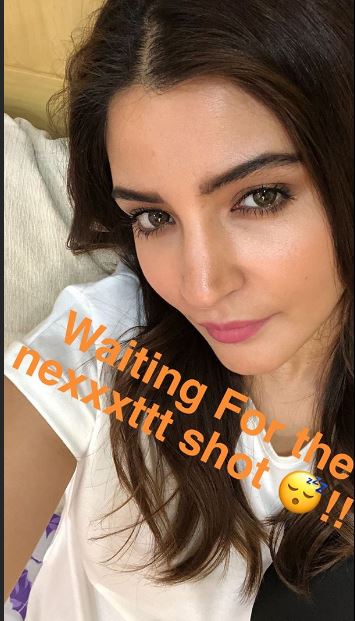 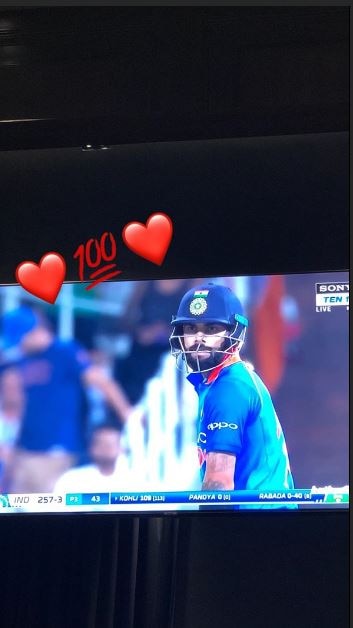 After a long day of shoot, Anushka made it a point not to miss her hubby's big day. She like all of us sat in front of her TV set rooting for the team and imagine her delight on Virat's brilliant performance !

And for those of us who ship Virushka together, it was an awwdorable gesture by Anushka !

Virat Kohli and Anushka Sharma got married in December last year and it turned out to be the biggest wedding of the year.

Anushka will be seen with Shah Rukh Khan in Zero and her upcoming home production Pari which is a supernatural thriller. Anushka also recently unveiled the look from Sui Dhaaga, her upcoming project.