When Ileana D'Cruz Cried Her Eyes Out And Scared Ajay Devgn

By: IANS
Updated: 01 Sep 2017 11:08 PM
Mumbai: Actress Ileana D'Cruz says she got extremely emotional and was "crying like a baby" on the last day of "Baadshaho", leaving her co-star Ajay Devgn scared.

"I had put up a bunch of pictures of the last day (over social media) because I was incredibly emotional. I think I scared the hell out of Ajay because I was crying so much. And they were just like, 'What's wrong with you?' I was crying like a baby. I have never cried that much in my entire life on a set," Ileana said on TV show "Yaar Mere Superstar Season 2". 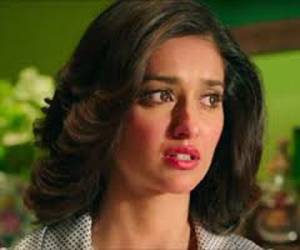 She was joined by Ajay, Esha Gupta and Emraan Hashmi on the show.

Emraan said: "We actually tried to cry but no tears were coming out. We called for glycerine also, then a few tears came out."

The episode of "Yaar Mere Superstar Season 2" featuring the "Baadshaho" stars will be aired on Saturday on Zoom.