Whoa! Shah Rukh Khan now has a 'Banarasi paan' named after him!

By: Team Fm
Updated: 03 Aug 2017 10:22 AM
Superstar Shah Rukh Khan has a 'Banarasi Meetha Paan' named after him that costs Rs. 35 and is being sold at the same shop he visited during his visit to Banaras, the spiritual city of India, for promotions of 'Jab Harry Met Sejal.' 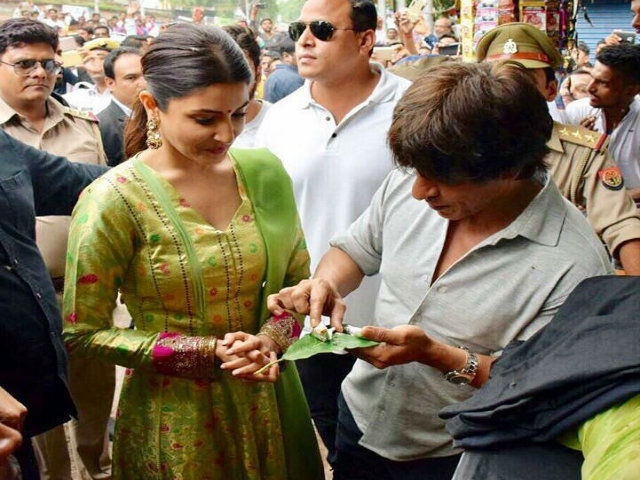 Shah Rukh Khan has a 'Banarasi Meetha Paan' named after him that costs Rs. 35

Shah Rukh, Anushka Sharma, Imtiaz Ali had made a stop at a local betel leaf vendor's shop to taste the flavour the city of Banaras had to offer in the form of ' Banarasi Meetha Paan'.

The trio were pleasantly surprised to learn that the shop was a 70-year-old shop, named 'Tambulam Paan shop'.

They then savored on 'chilled meetha paan' from the age-old vendor, Satish Kumar. 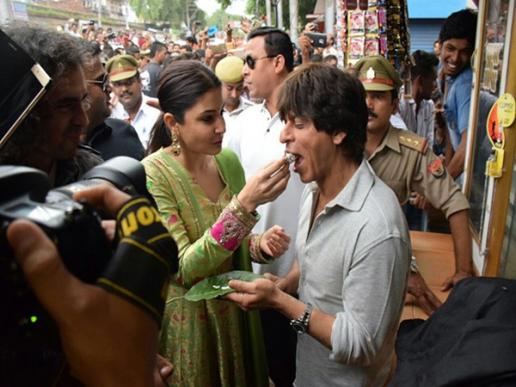 As soon as SRK left from the shop, there was a huge flock of people asking Satish Kumar, for the Meetha Paan that Shah Rukh Khan savored.

SRK personally thanked the vendor and there was no limit to the vendor's exultation after he met the whole team of 'Jab Harry Met Sejal.'

IN PICS: Doting DAD Shah Rukh Khan carries a SLEEPY AbRam at the Airport as he returns back from Duabi with co-star Anushka Sharma!

Every passer-by was telling Satish Kumar to make him the same Meetha Paan which Shah Rukh Khan had.

Satish Kumar shared, "After Shahrukh Khan came and ate paan at my shop, I am getting nonstop requests for exactly the paan that he ate. Not just from Varanasi, but I am getting calls from other cities also to parcel and send that paan. So I decided to have that paan separately in my menu. It's the most expensive paan that I have on my list."

Now Satish Kumar has named a special meetha paan after SRK, which will be available at his paan shop, for Rs. 35.

Presented by Red Chillies Entertainment, ' Jab Harry Met Sejal' is directed by Imtiaz Ali. The film is all set to release on August 4.