By: Team Fm
Updated: 17 Jun 2017 02:50 PM
Singer Katy Perry is officially the most followed person on Twitter after becoming the first person to reach 100 million followers on the micro-blogging site. 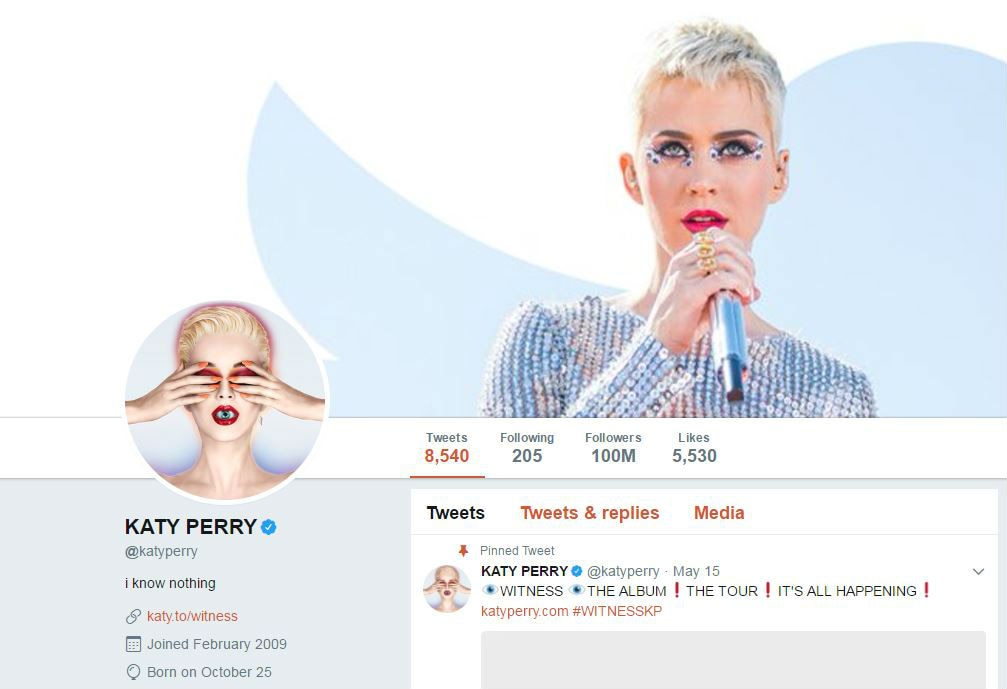 Perry joined Twitter in 2009 and has been an active user since then. She reached 50 million followers by 2012. She is followed closely behind by singer Justin Bieber with 96.7 million followers and former US president Barack Obama with 90.8 million.