By: sharibs
Updated: 15 Jun 2016 01:26 PM
Known for playing diversified roles, Priyanka Chopra has decided to take a plung from Kashibai in Bajirao Mastani to an astronaut in her next Bollywood film. Yes! It't true, as per the reports on SpotboyE, Priyanka Chopra has been roped in for Kalpana Chawla's biopic. Kalpana Chawala was an Indo-American astronaut and the first woman of Indian Origin in space. In 2003, Kalpana was one of the crew members killed in the space shuttle Columbia disaster. 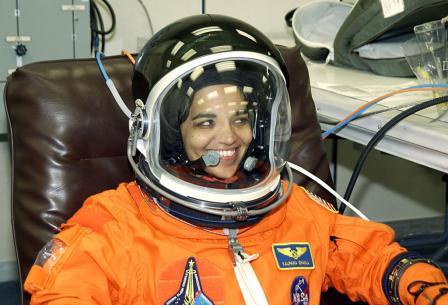 The actress has already turned into an International sensation, thanks to her American TV series 'Quantico' and 'Baywatch' movie. As per the reports, Viacom 18 Motion Pictures is ready to take invest in the biopic.

Currently Priyanka Chopra is busy with her Marathi 'Purple Pebble Pictures' production. The actress is adding achievements to her success list every now and then.