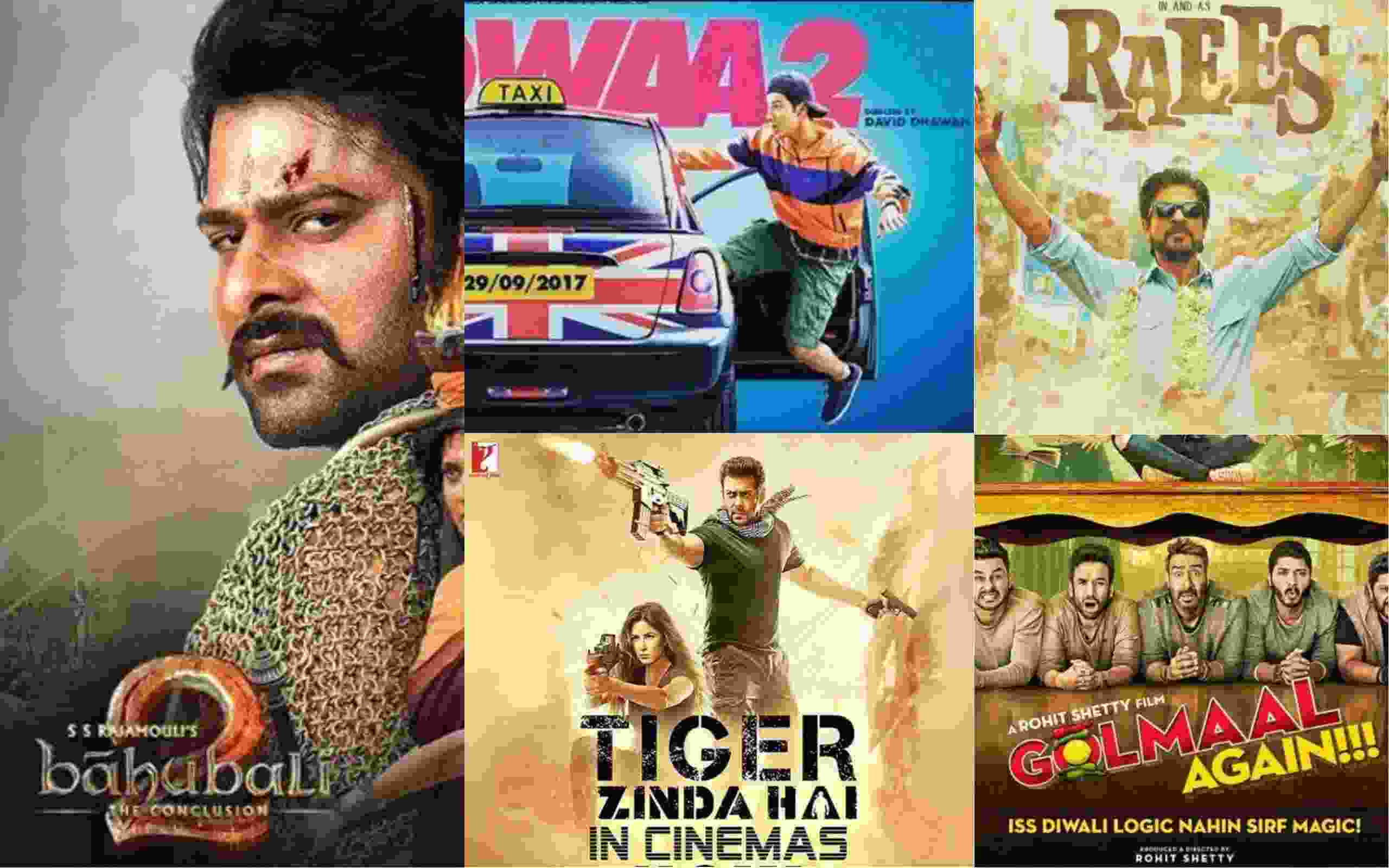 Like every year, Bollywood came up with a whopping number of releases in 2017 too. Small banners have surprised; the awaited ones disappointed; gross records broken; and debuts have been made. Let us throw a quick glance at few movies that went on to become the highest grossers of the year.Image: Instagram 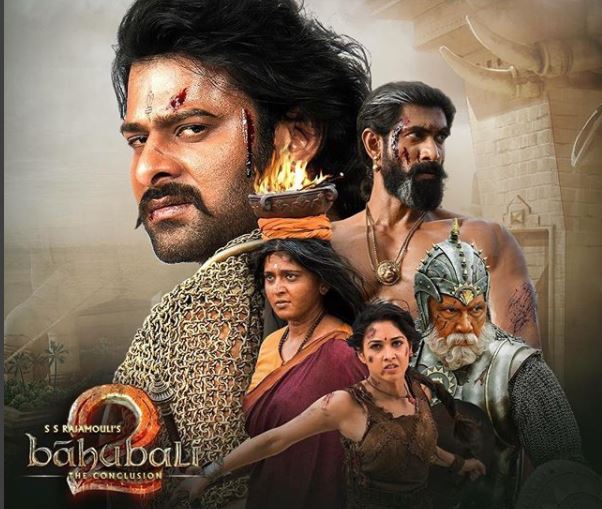 Baahubali 2: The Conclusion- The question that drove us all nuts, “Katappa ne Baahubali ko kyu maara?” was finally answered in April, 2017 and the sequel to Baahubali became the top grosser of the year. With a staggering collection of Rs. 501 crore, this movie surpassed all the other releases and went on to be an international success. Image: Instagram 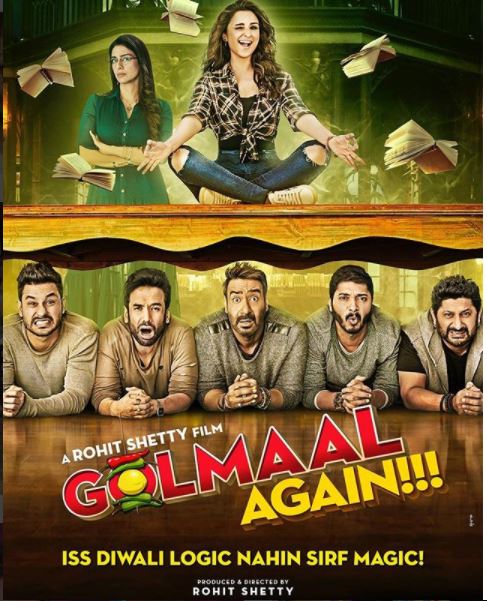 Golmaal Again: The fourth part of the Golmaal franchise succeeded in tickling our funny bones. Rohit Shetty’s boys and cars wooed the audience like none could ever do. Parineeti Chopra’s appearance lends a touch of freshness in the seven-year-old franchise. This horror-comedy film went on to collect Rs.205 crore. Image: Instagram 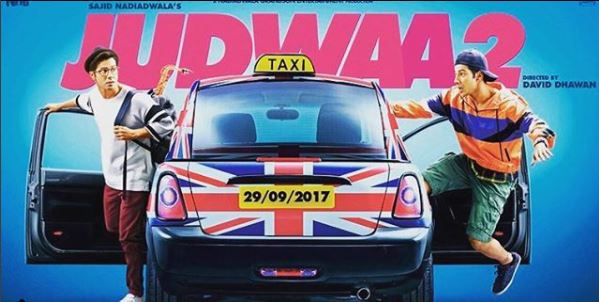 Judwaa 2: Yet another action-comedy genre film after Golmaal Again that earned rave review this year. One can say that the year was an expedient one for sequels and remakes. This remake of the 1997 blockbuster Judwaa, with Varun Dhwan , Jacqueline Fernandez and Tapsee Pannu in the lead, is the third highest grosser so far. The renewal of popular 90s tracks like ‘Tan Tanatan Tantan Tara’ and ‘oonchi hai building’ received an overwhelming response from fans. Image: Instagram 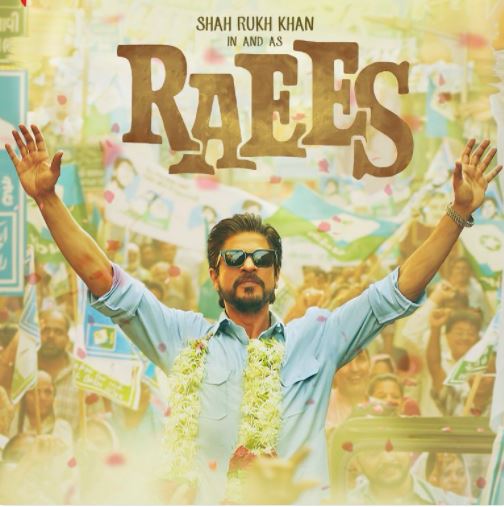 Raees: The King of romance Shah Rukh Khan was this time seen as a moonshiner ‘Raees Khan’ dealing in illegal alcohol supply in the dry state of Gujarat. The sizzling rivalry between Nawazuddin Siddiqui the cop and the bootlegger is what helped the film to gross Rs. 137 crore. Mahira Khan’s presence added to the charm of the film. Image: Instagram

Kaabil : The Greek God of Bollywood Hrithik Roshan adds another feather to his cap with the crime thriller Kaabil. This love-story of two blind people earned commendations from across the country and breached the hundred crore mark. With over 127 crore in its coffer, Kaabil is one of the most extolled films of 2017. Image: Instagram 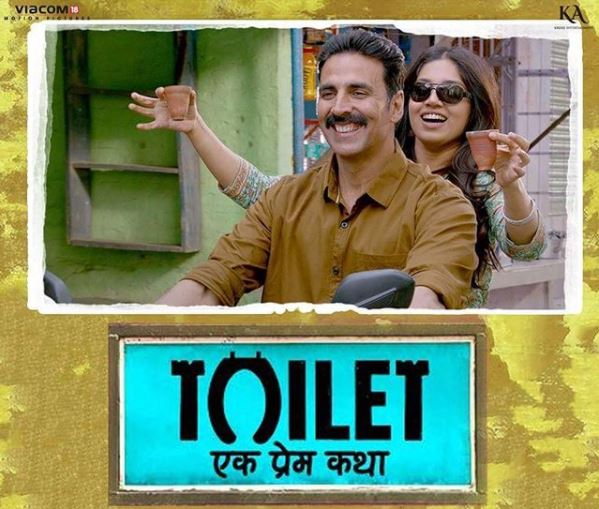 Toilet – EK Prem Katha: Akshay Kumar’s out of the league film rocketed to earn Rs.125 crore. After years, Bollywood saw a film based on a rural plot that struck a chord with the audience. Emphasizing the necessity of installing toilets in rural houses, this movie went on to become the most inspirational films of the year. Image: Instagram 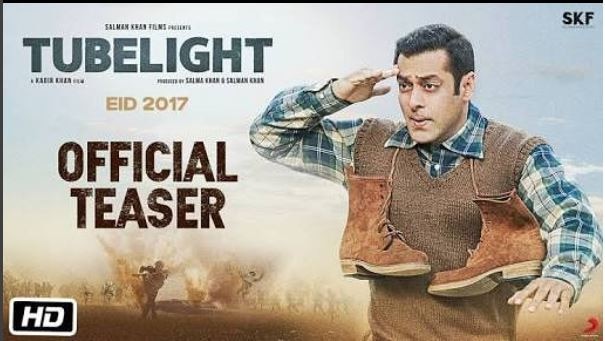 Tubelight: Salman Khan starrer tubelight which is set somewhere in the year 1962 against the plot of Sino-Indian war succeeded in collecting 121 crore. The actor can single handedly attract massive crowd to theatres, so no surprise Tubelight found a good audience in the Hindi cinema lovers. Image: Instagram 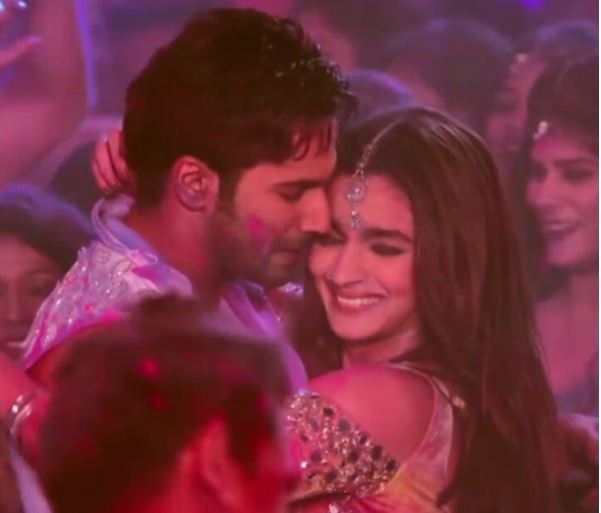 Badrinath Ki Dulhania: This rom-com starring Alia Bhatt and Varun Dhawan got oodles of love from Bollywood buffs. This love story of a slack guy and an ambitious girl, amassed a fetching 117 crore rupees. Image: Instagram 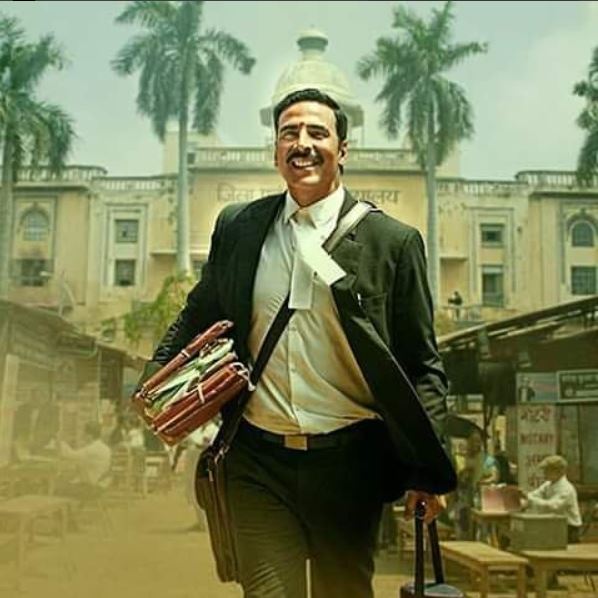 Jolly LLB 2: As we said earlier, it was a good year for sequels and remakes. Jolly LLB 2 gathered Rs. 117 crore in its coffers. This Akshay Kumar starrer is the story of a henpecked husband who is also a fraud lawyer. His transformation and ensuing courtroom drama is what keeps audience gripped. Image: Instagram 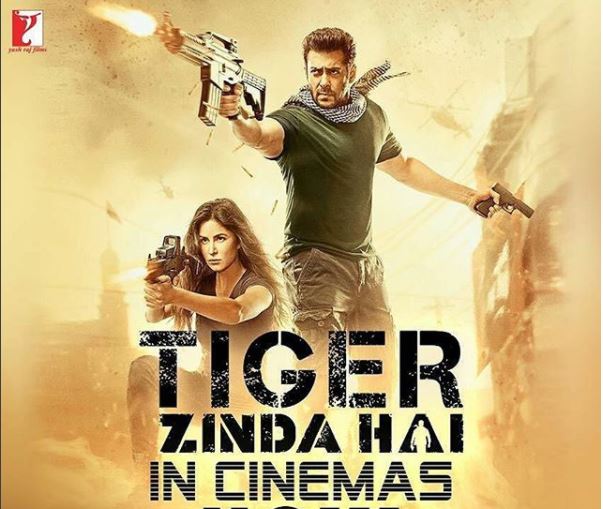 Tiger Zinda Hai: The showstopper of the year is none other than the most awaited sequel Tiger Zinda Hai. This record-breaking sequel of Ek Tha Tiger has already crossed the 100-crore-mark on the third day of its release. Salman’s magic, Salman-Katrina’s chemistry and the story of the two most loved sleuths – the movie has everything in it that can take the graph very high by the end of the year and the movie can potentially become the top grosser. Image: Instagram