At least 42 people have been reported dead in California’s deadliest wildfire that turned the Northern California town of Paradise into an inferno. In the picture, flames from the ‘Camp fire’ (in the foothills of the Sierra Nevada mountains north of Sacramento) burn near a home atop a ridge near Big Bend, California. – (Photo by Josh Edelson / AFP) The fire that practically wiped off the town from the map, was so devastating that it left people charred to ashes. The authorities had to bring in a mobile DNA lab and forensic anthropologists to help identify the dead.(Photo by Josh Edelson / AFP) 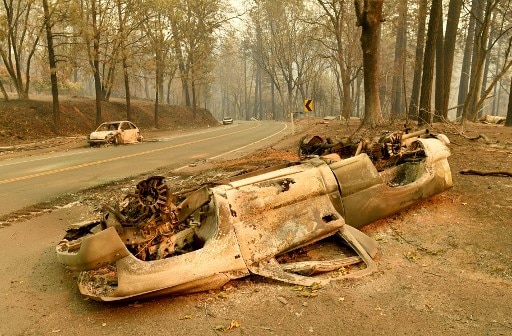 People were engulfed, cars melted down to metal carcasses, and power lines were gnawed by flames. It has virtually burned the town of Paradise to the ground and destroyed an estimated 6,700 buildings, most of which were homes. (Photo by Josh Edelson / AFP) 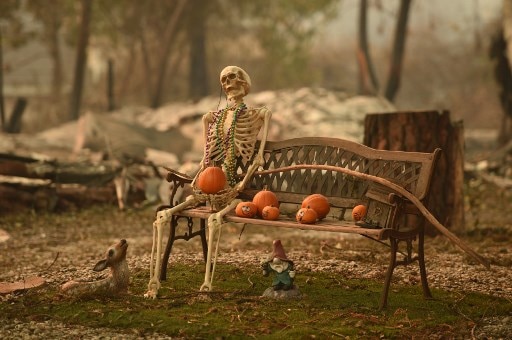 A halloween decoration remains at a burned home after the Camp fire tore through the region in Paradise, California on November 12, 2018.(Photo by Josh Edelson / AFP) 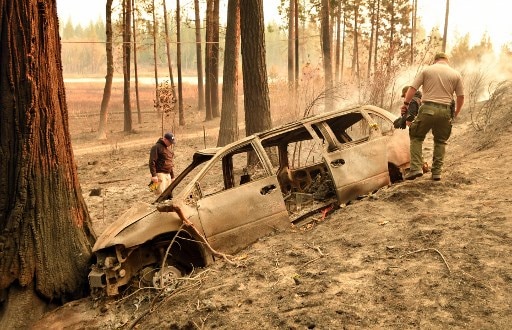 The wildfires raging in three different parts of the state, matching the state’s deadliest ever brush blaze 85 years ago. Dead bodies were found inside cars and in homes. Some bodies were found lying near vehicles, probably overcome by the smoke and fire before they could take over the steering to flee. (Photo by Josh Edelson / AFP) 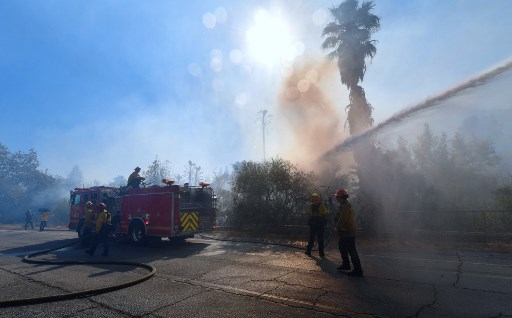 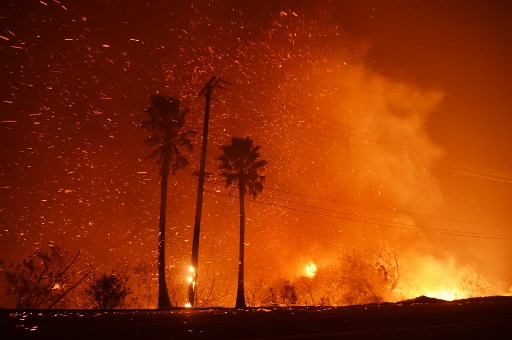 A power line catches fire as the Woolsey fire burns on both sides of Pacific Coast Highway (Highway 1) in Malibu, California. (Photo by Robyn Beck / AFP) 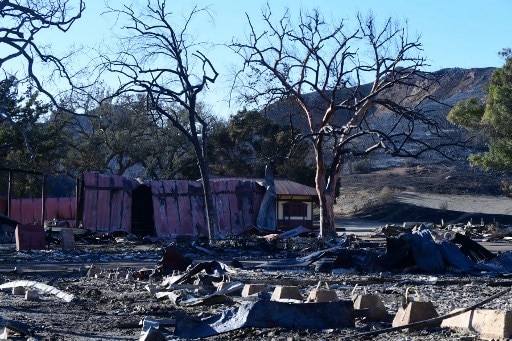 The Paramount Ranch, where the television show "Westworld" was filmed, is left in ruins after the Woolsey fire in Agoura Hills, California. - (Photo by Robyn Beck / AFP) 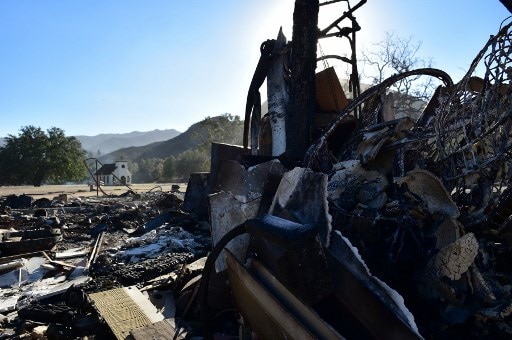 Hundreds of people were unaccounted for even five days after the the massive Woolsey fire was sparked. (Photo by Robyn Beck / AFP) Water from a firetruck douses flames and smoke near homes in West Hills, California, Photo by Frederic J. BROWN / AFP)