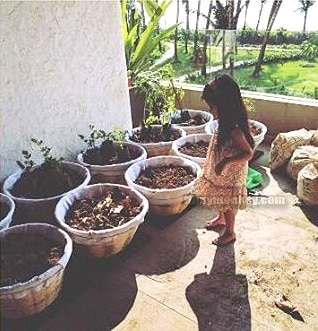 This is the most recent picture of adorable Nitara, Akshay Kumar and Twinkle Khanna's daughter 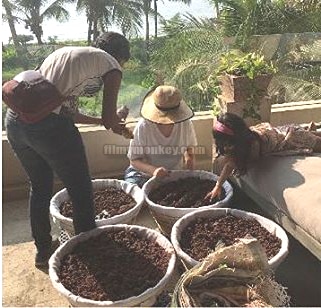 4 yr old Nitara was seen helping Mother Twinkle in gardening. She captioned the picture, "Now that I have some time on my hands-setting up an organic vegetable patch thanks to a company delightfully called DIRT #GoGreen" 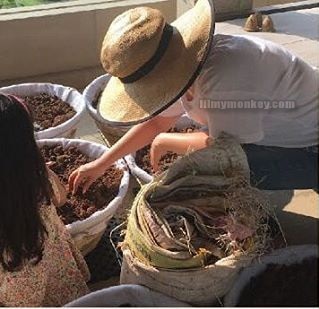 Twinkle posted a collage of these really cute looking pictures on Instagram on December 8th. In the month of May last year, this picture became headlines since this was one of the earliest pictures the Mr. & Mrs. Khiladi shared of their 3 yr old daughter then. Dad Akshay was plucking mangoes from their garden as little Nitara watches daddy dear in action. Twinkle writes with the photo, “Revisiting our own childhood. Plucking mangoes and seeing the wonder in her eyes…” Born on 25 September 2012, the 4 yr old princess now makes public appearances but Daddy still keeps her away from the shutterbugs. 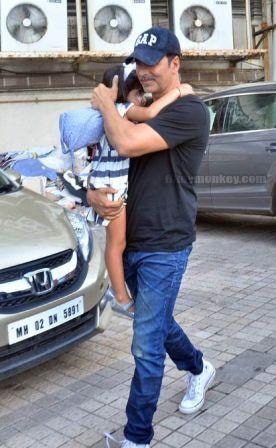 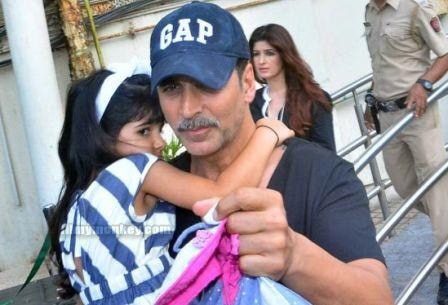 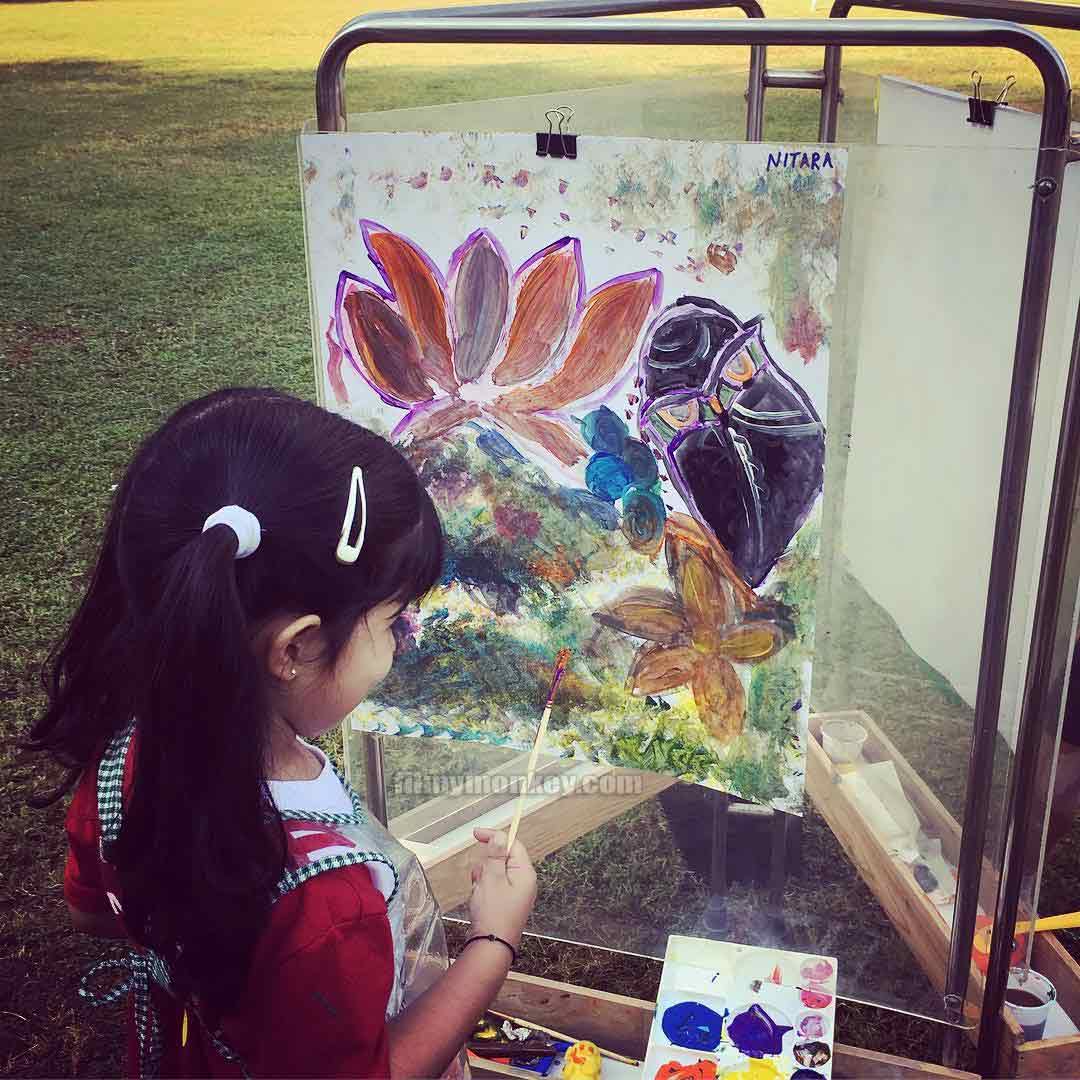 Last month Twinkle shared this picture of her little painter Nitara. The caption of the photo read, “Early morning painting with my budding Picasso – Guggenheim here we come ! #mommyduties.” 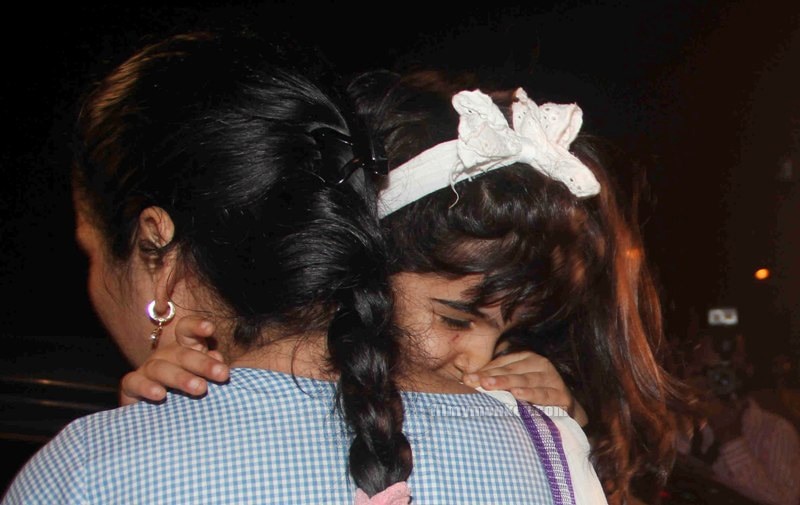 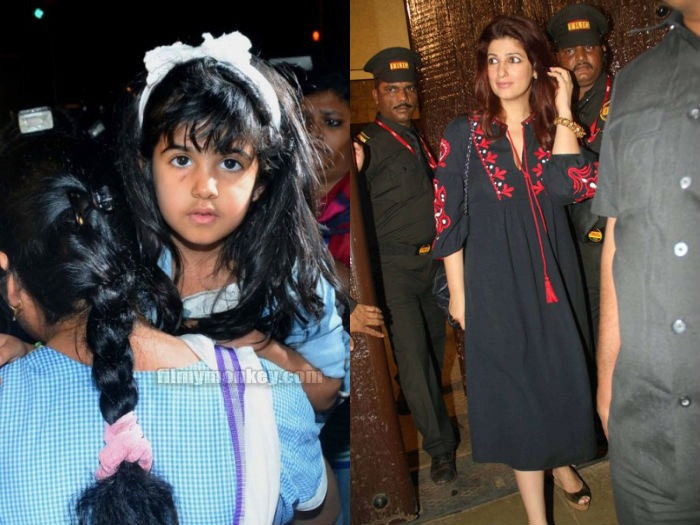 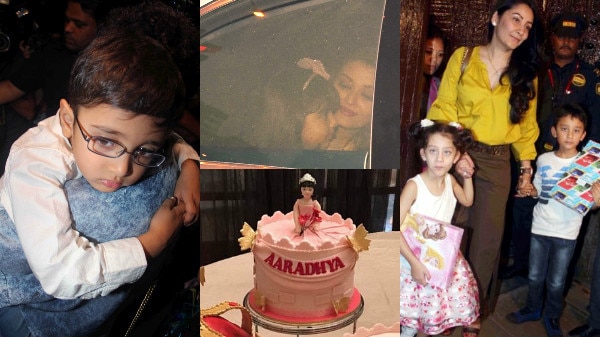 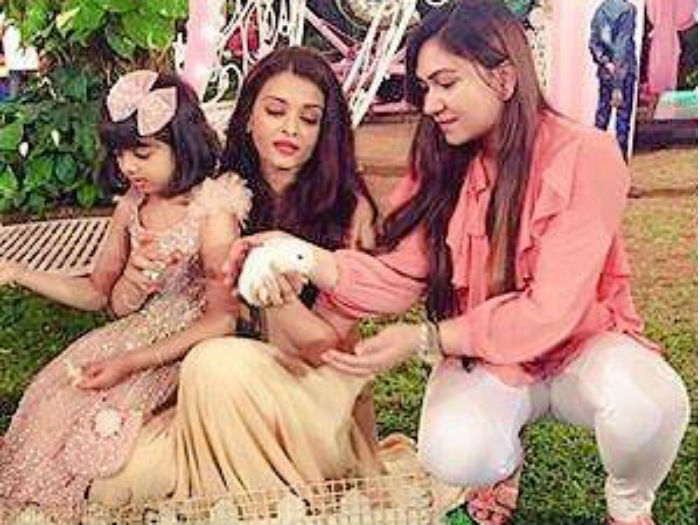 Here is an unseen picture from Aaradhya's birthday bash that surfaced on the Web this week. Last year in October Mommy Twinkle clicked her hubby & daughter in a candid moment from their flight to Maldives trip. She writes, “And we are off#holidays" 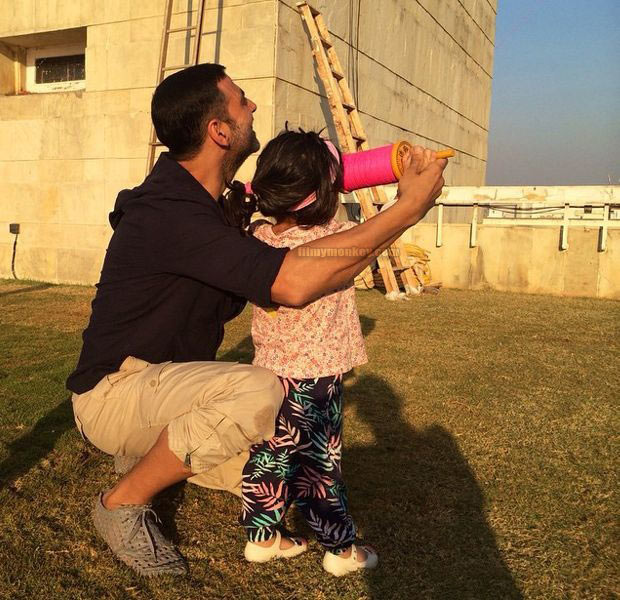 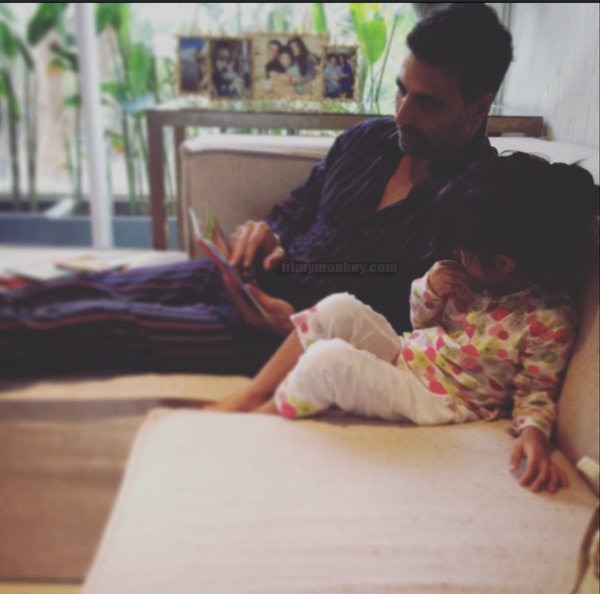 Here's another one where Daddy Akshay despite his super busy schedule, reads out a story to his princess. She captioned it, "Early morning reading session #Ladybird" 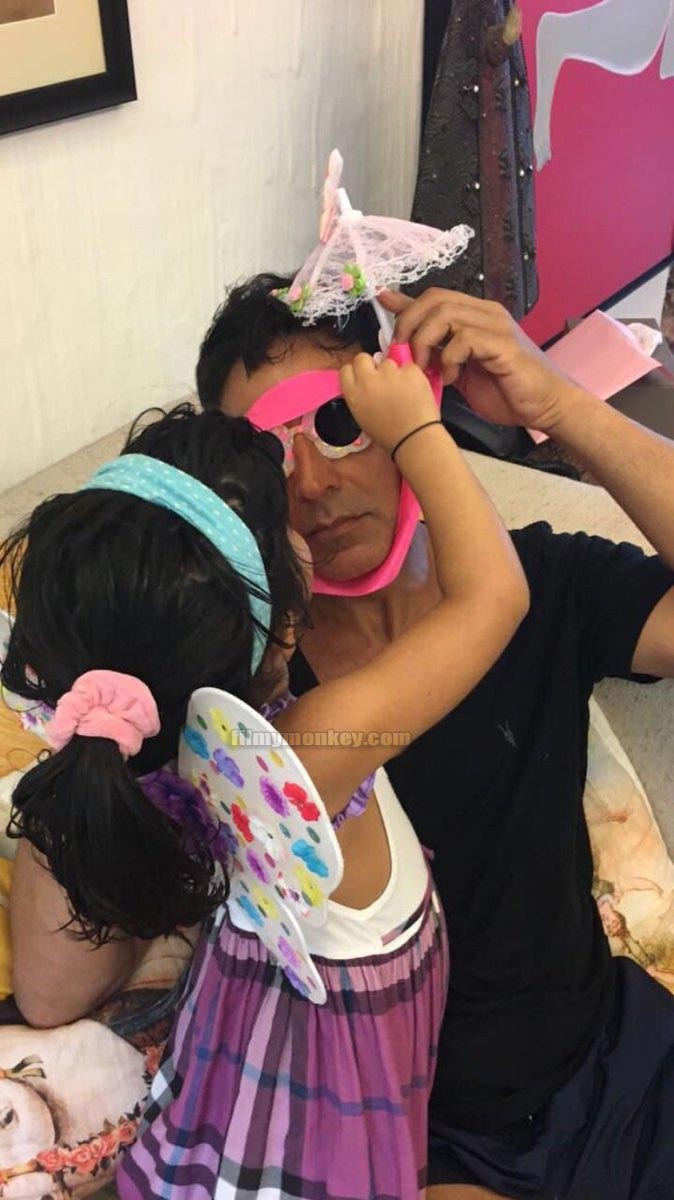 The Khiladi of Bollywood is known to be the fittest actor and mostly does his stunt & actions himself. The superstar readily agreed to become a clown for his daughter and this picture from September 3 months ago proves what an amazing Dad Akshay is. Akshay posted this picture and captioned it: “Sometimes she makes me a crocodile sometimes she makes me her clown! The things we do, but that smile makes it all worthwhile. Birthday special.” Here's the picture Akshay just referred to. Twinkle posted with this picture, "Nitara makes Daddy a crocodile on her birthday #happy4th" 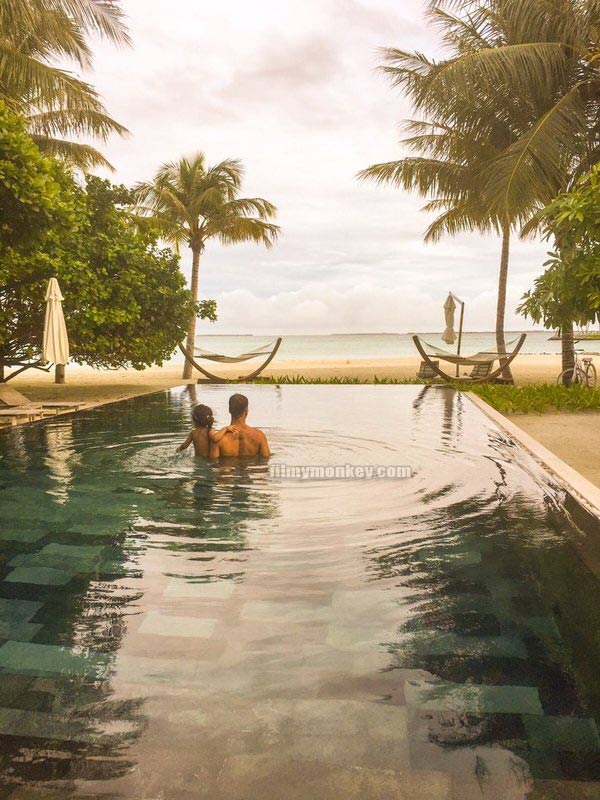 In October last year during Maldives trip. Akshay writes with this one, "Beach, great weather and my little princess by my side...just what the doctor ordered :) #goodtimes #beachbaby" 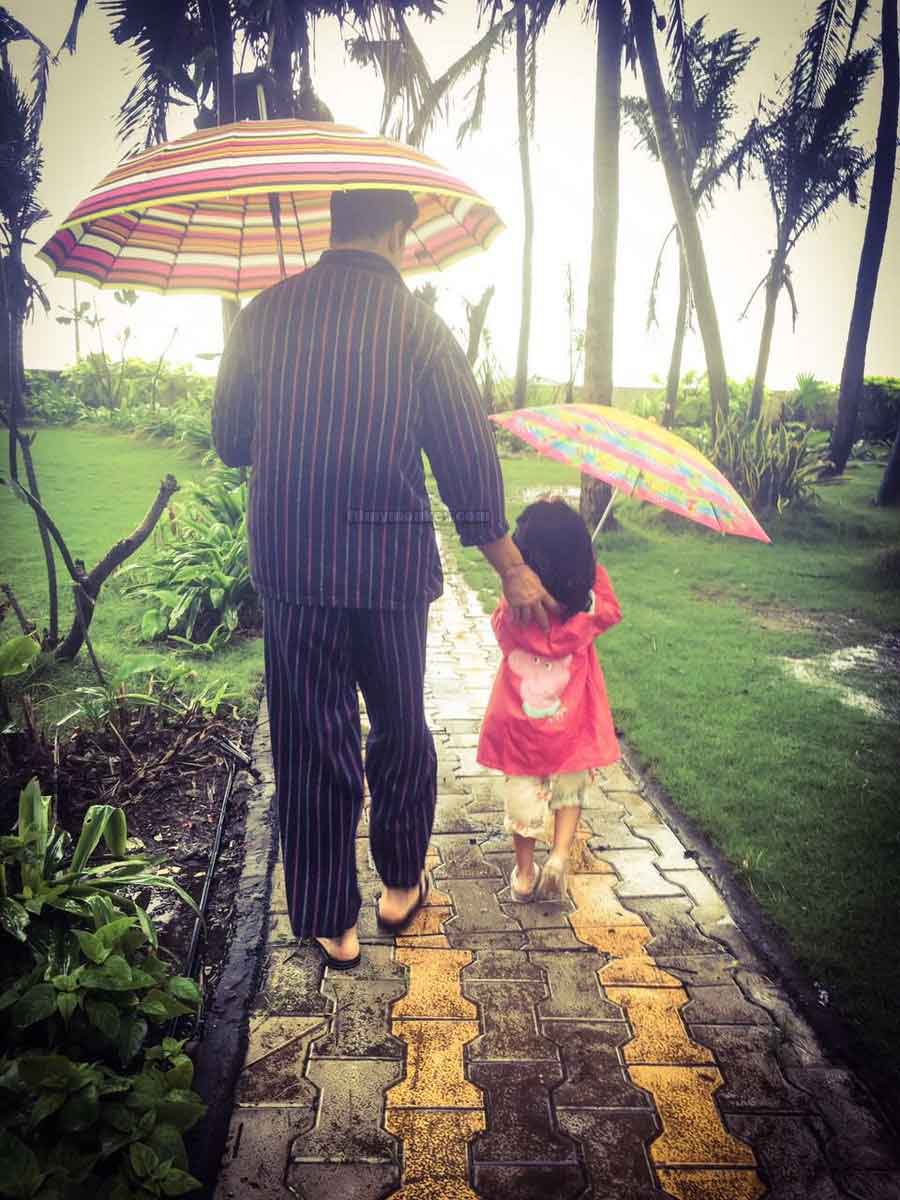 Also this, where Akshay takes baby Nitara out in rain 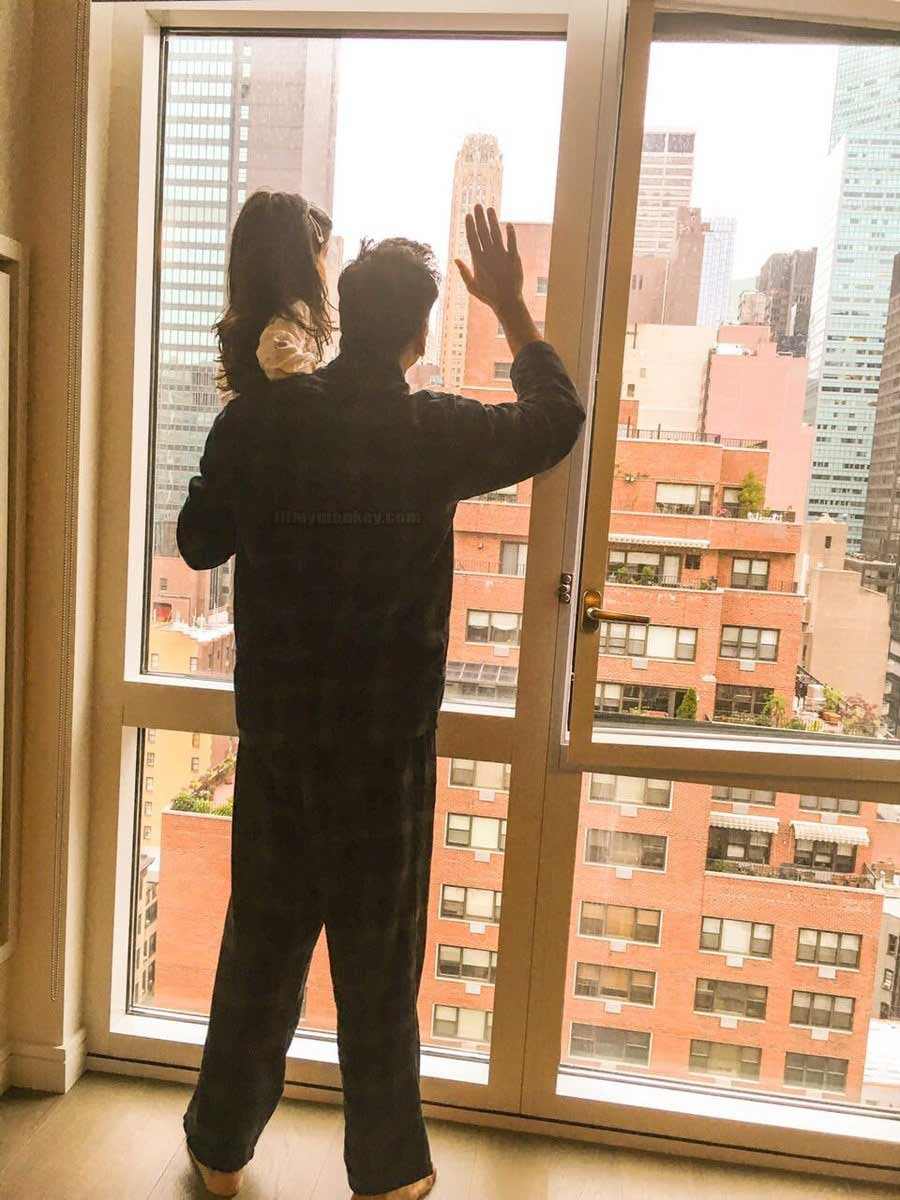 Father-daughter from their room in New York during 'Rustom' promotions in July. Pyjama clad Akshay looks adorable in the role of Dad and he wrote, "Like all good things,this holiday too comes to an end!Bidding goodbye to New York with the lil one,until next time.. " 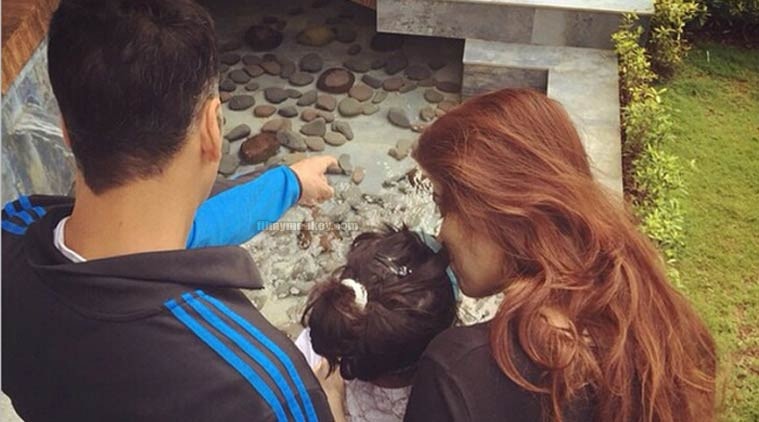 A beautiful picture of the Kumar trio. Akskhay, Twinkle and Nitara on a trip 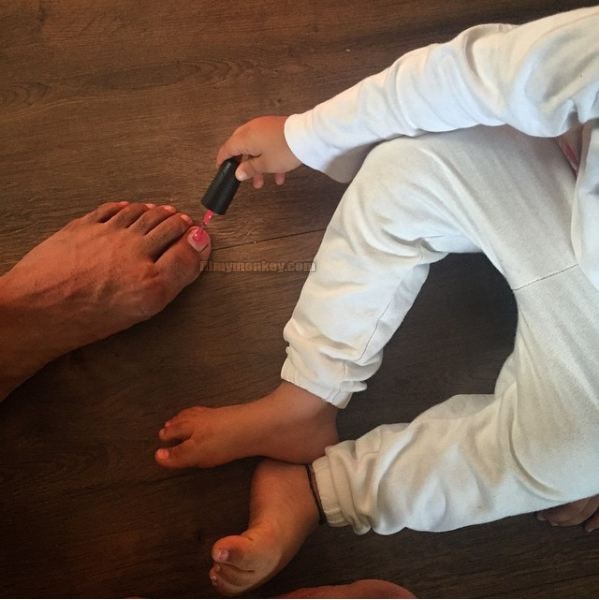 This one is the winner of all. In May last year, Nitara then 2 yr old, applies nail polish on Dad Akskhay's toes and he happily gives in to her demand too. Twinkle's caption is even more cute. She wrote, "little one decided to paint Gabbar's toe nails pink!" 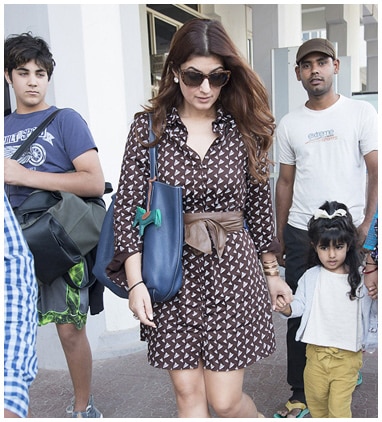