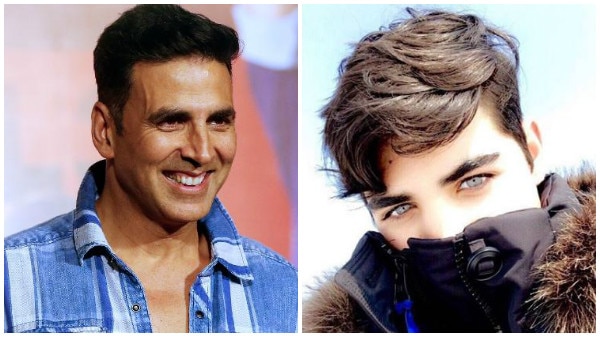 It was Akshay Kumar's good looking son Aarav's 15th birthday yesterday and the superstar's adorable wishes for his son calling him his most favorite person was in headlines for a day. 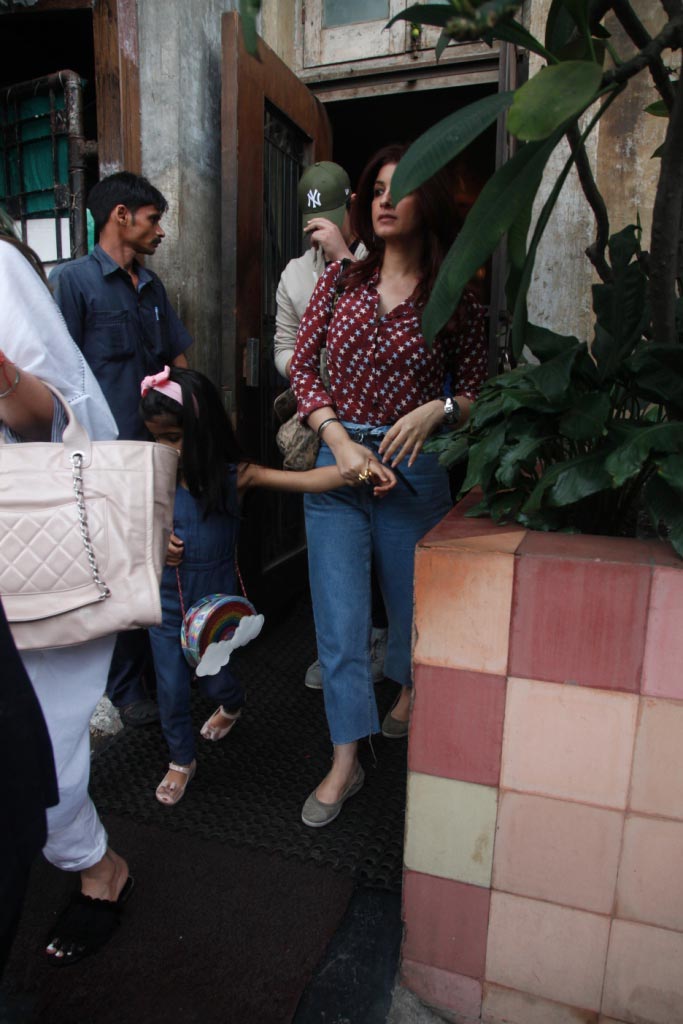 A day later, Mommy Twinkle Khanna takes her birthday boy out for lunch along with daughter Nitara and the boy looked extremely shy facing the cameras! 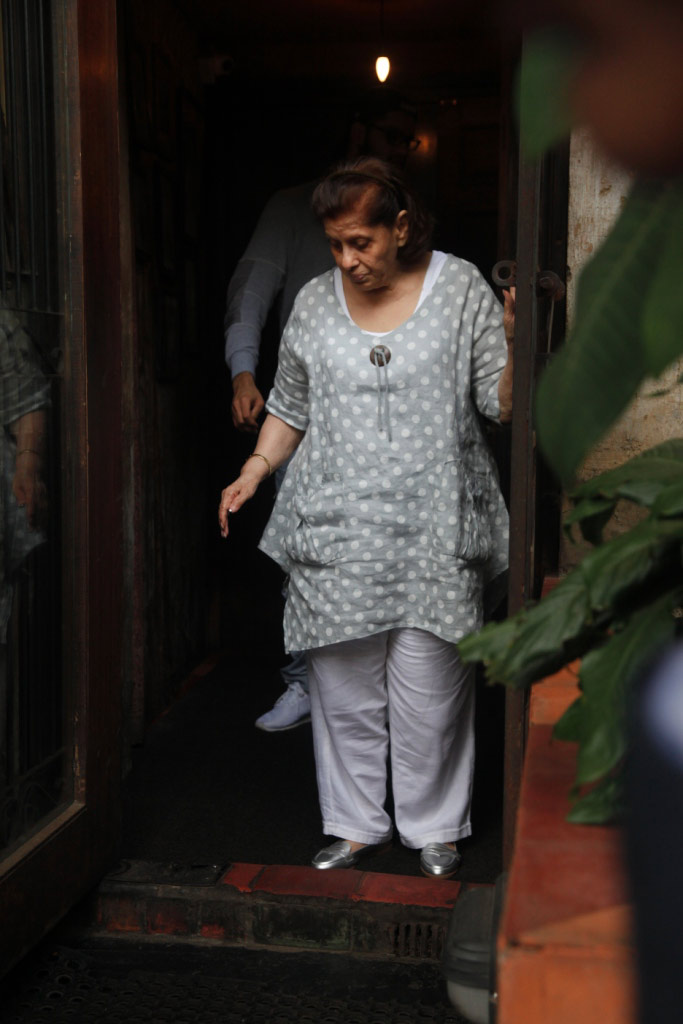 Also accompanying the trio, were Twinkle's mother-in-law Aruna Bhatia, mom & veteran actress Dimple Kapadia and cousin Karan Kapaida who too lives with them 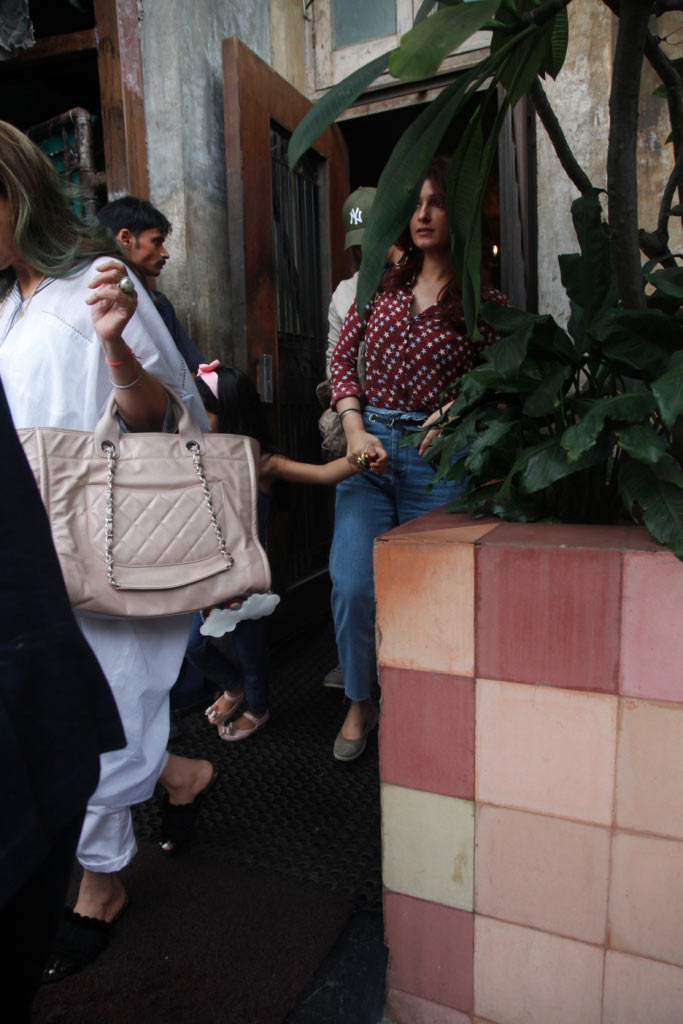 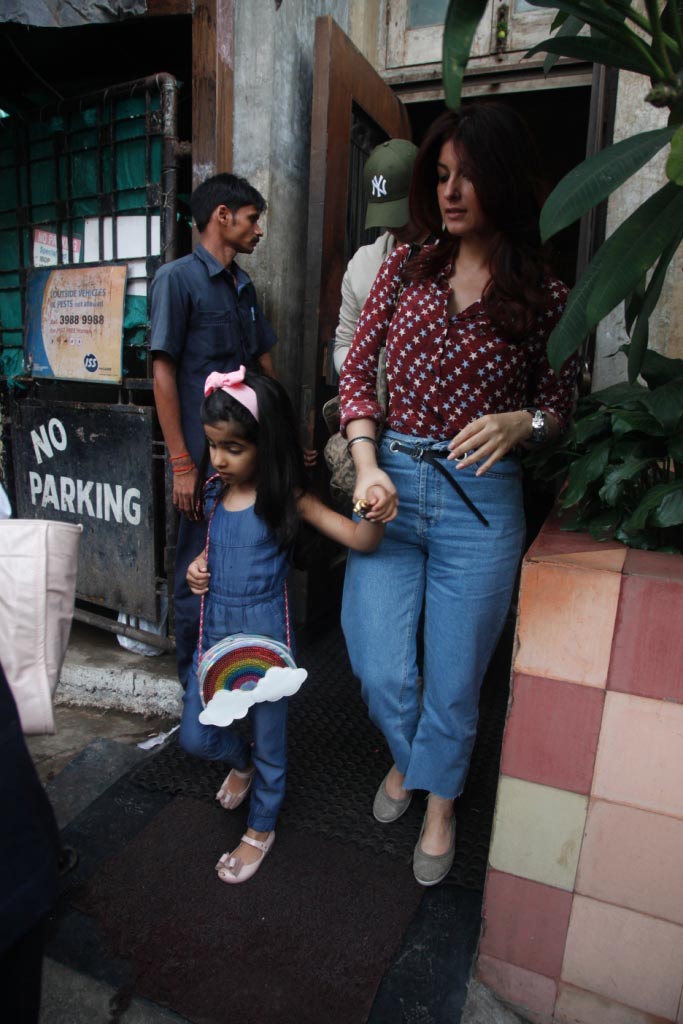 But it seem like, Aarav wasn't as excited and refused to look up! 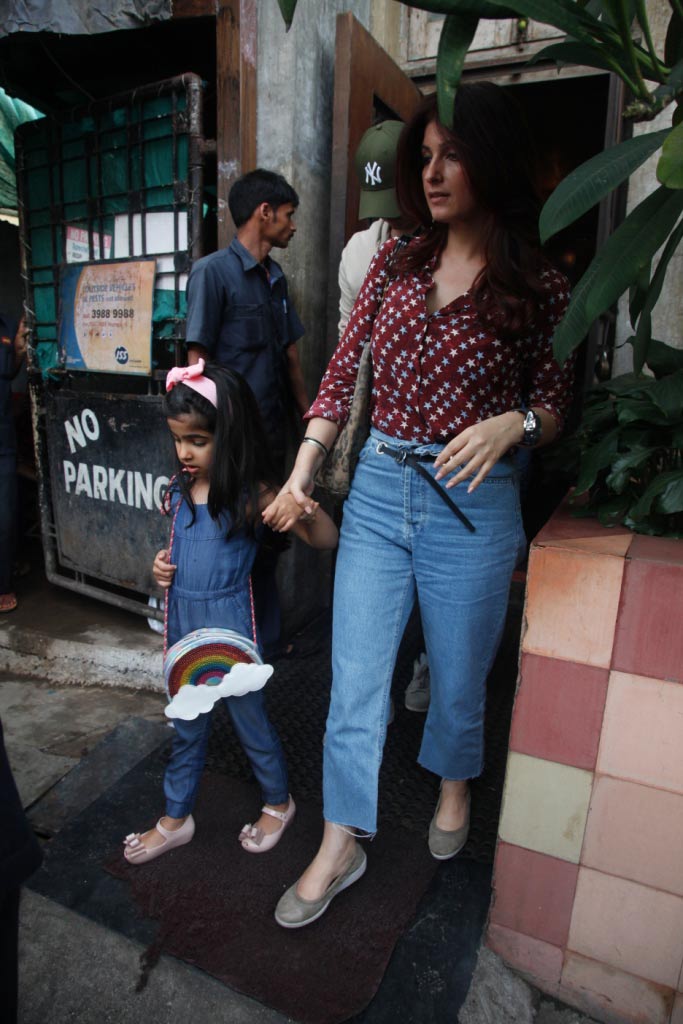 While his little sister looked totally comfortable in the presence of cameras, bhaia Aarav decided to walk constantly looking down. 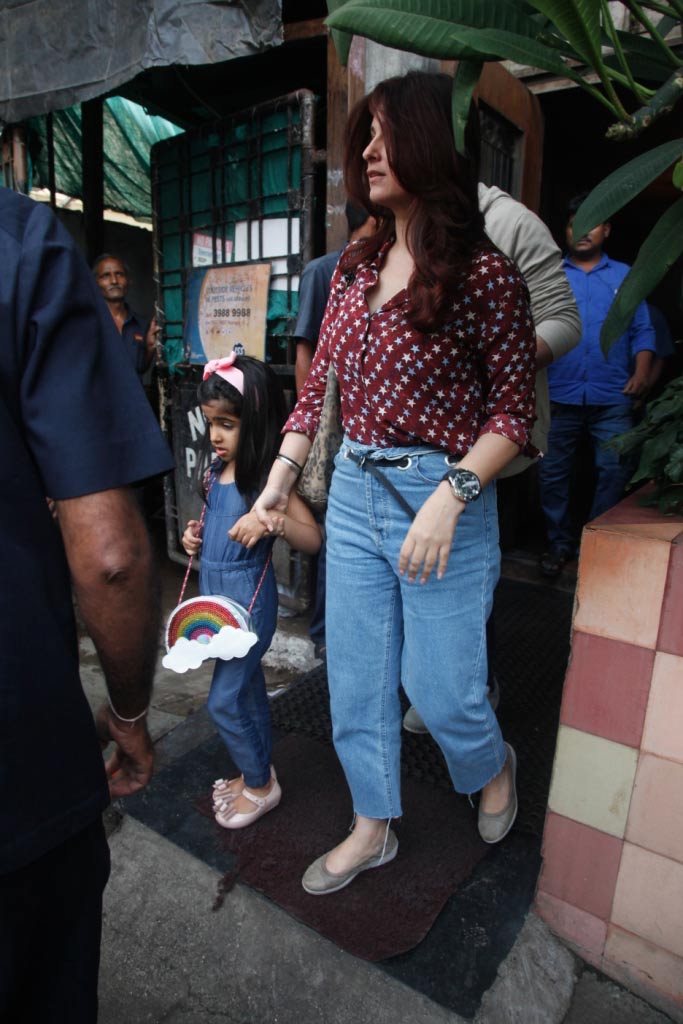 Aarav was wearing cream hoodie with the black denims and his favorite accessory, a cap. Often spotted with a cap at various occasions, Aarav here made good use of it by dodging the cameras as they walked towards their car. Another young lad at the family lunch was Karan Kapadaia, the 23 yr old son of Dimple's Late sister Simple who's been staying with the Twinkle-Akshay since his mother's demise in 2009. Karan was in news recently after it was confirmed that he too will make his Bollywood debut soon and producer Tony D'souza will launch him. 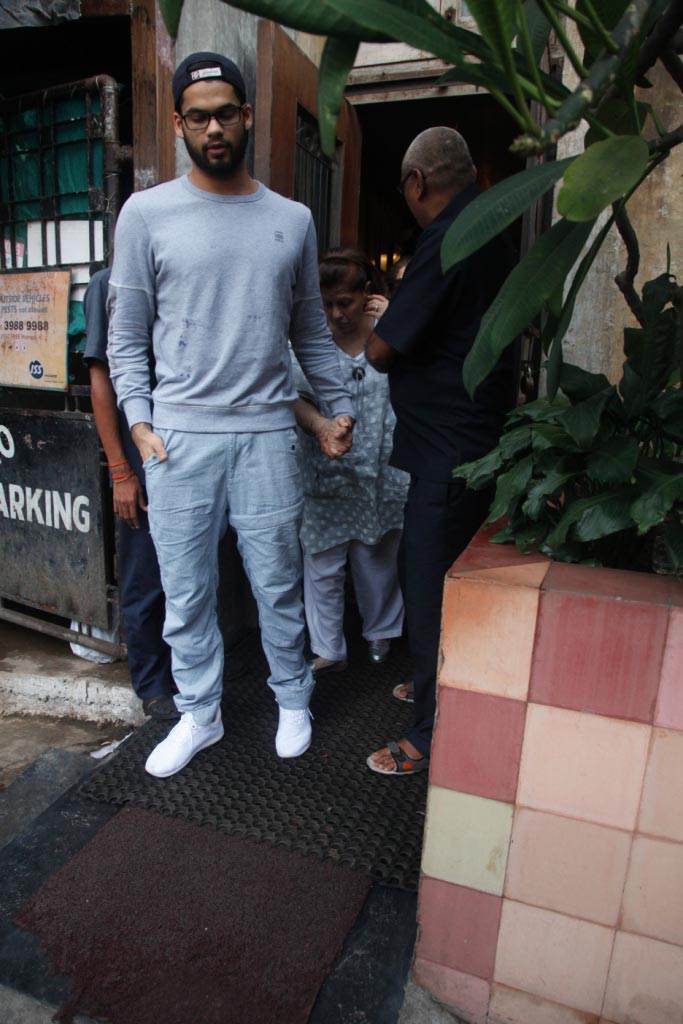 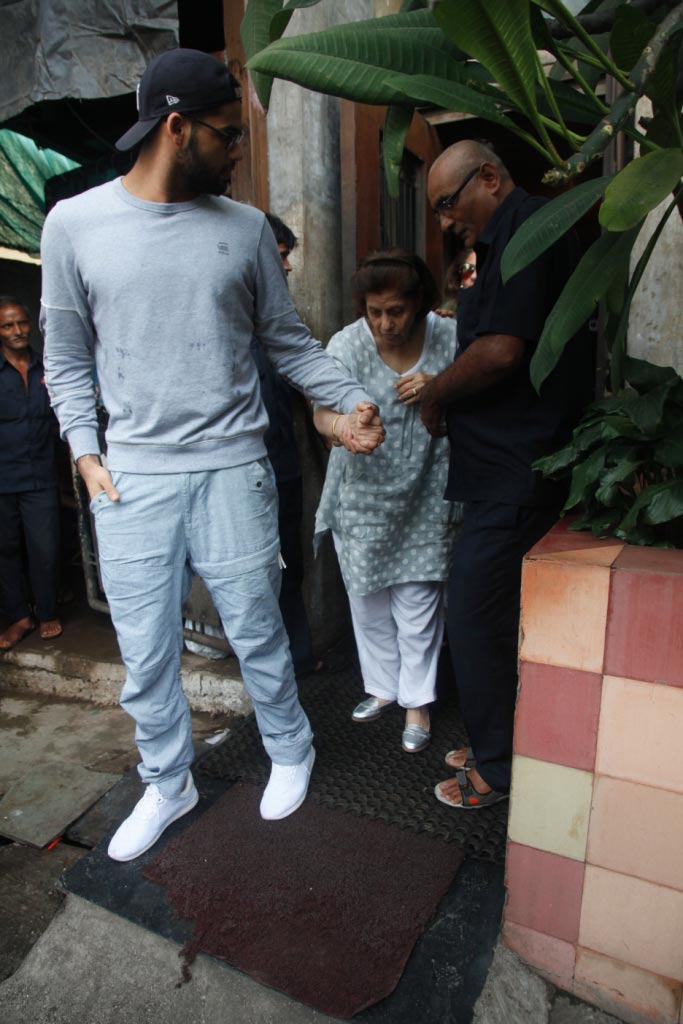 As the mother-children trio reached the car, cameras were still unable to capture Aarav's beautiful blue-eyed face as he looked determined to not get clicked! 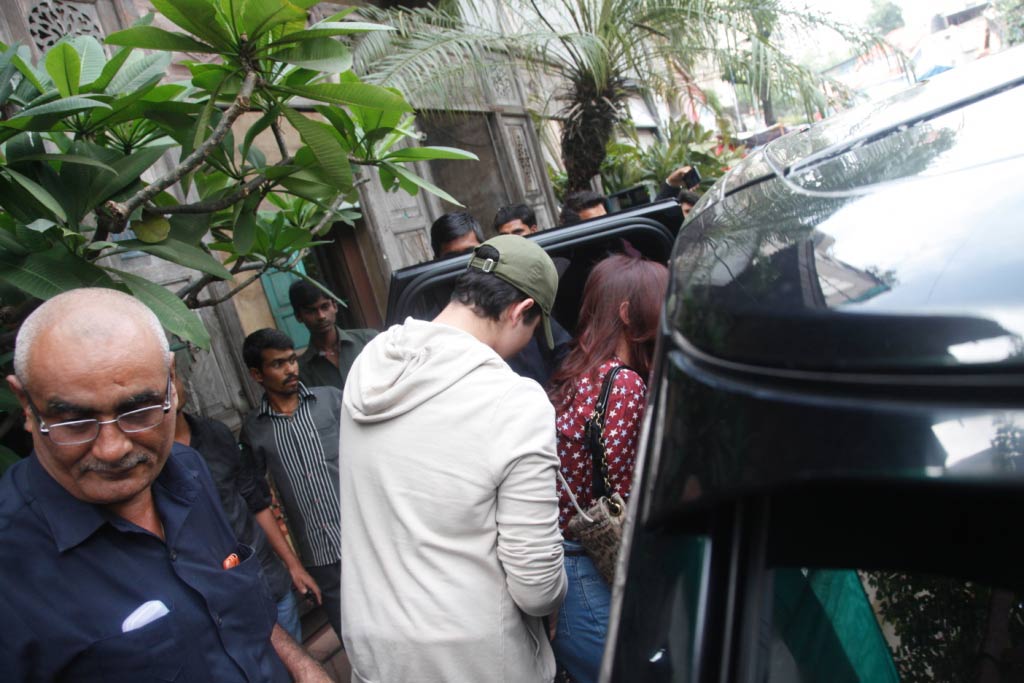 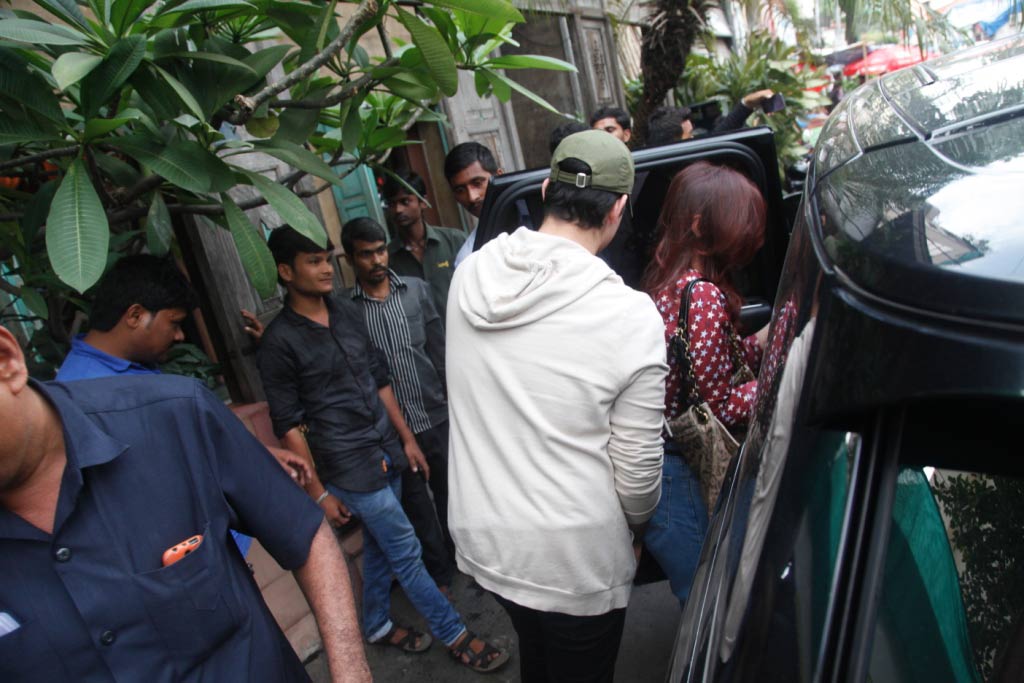 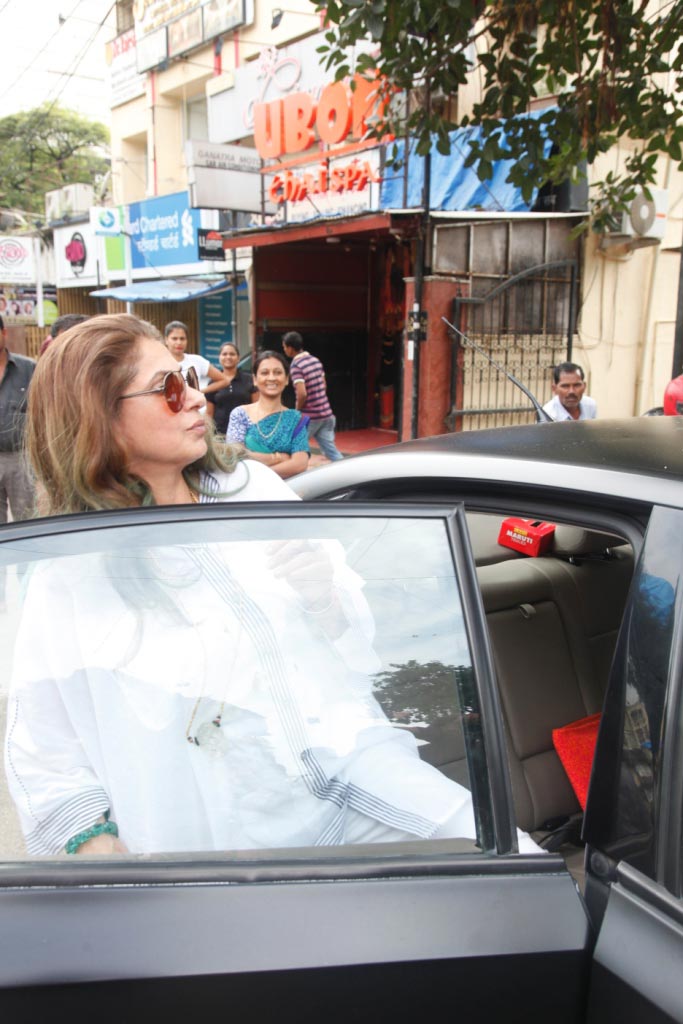 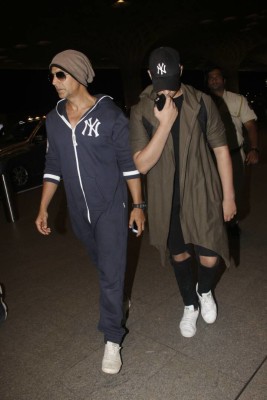 Here's a pic from just 3 months ago where the father-son duo Akshay-Aarav were spotted at the airport and the then 14 yr old boy strikes the same pose.. 'looking down to avoid cameras'. The otherwise shy Aarav, is quite a fun-loving boy and we brought to you some unseen pictures of the star kid a while back. Visit our site filmymonkey.com to check them out!