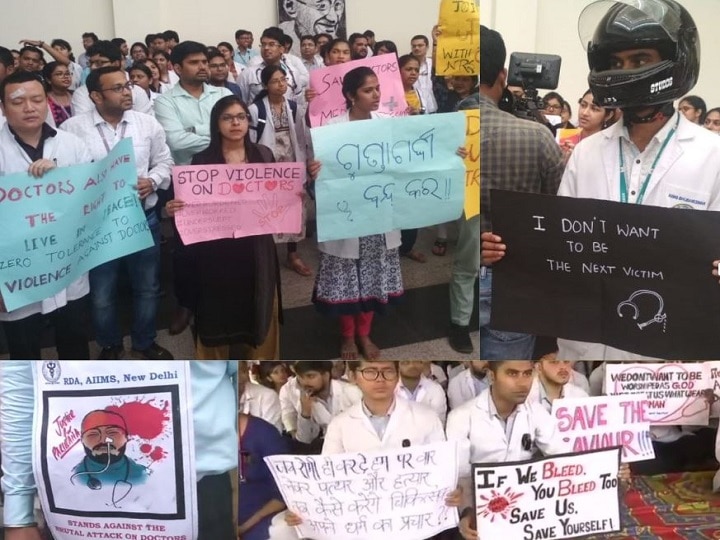 Scores of doctors in government and private hospitals across India have decided to boycott work for a day on Monday. (ANI) 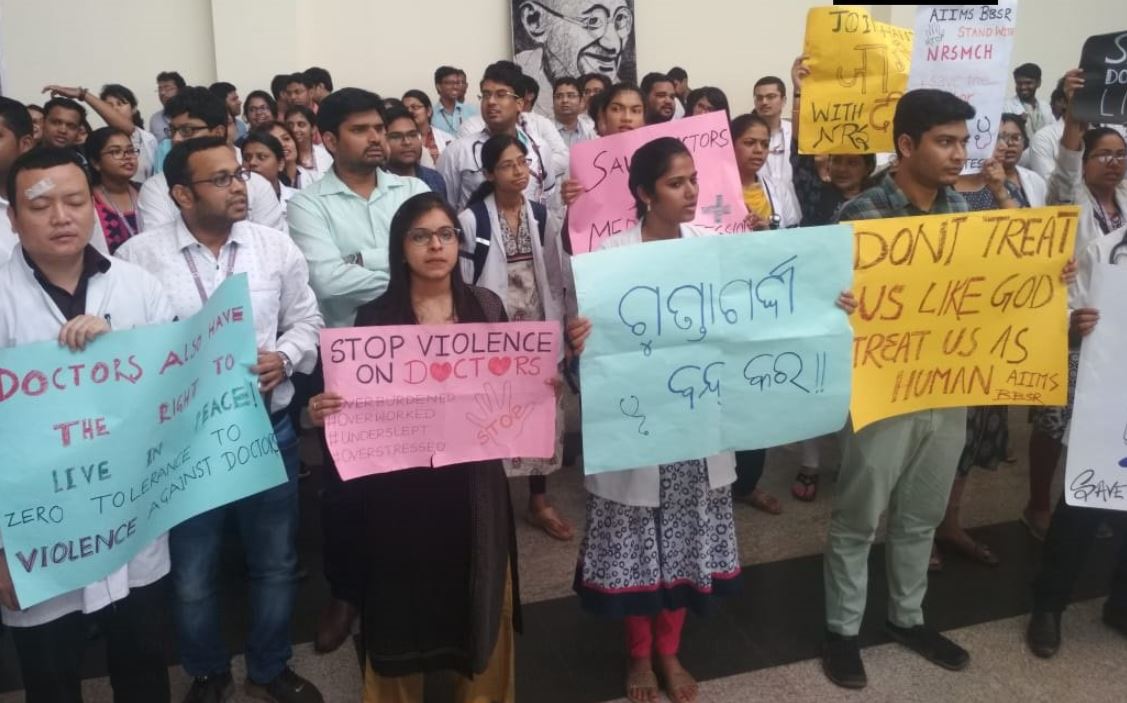 Hundreds of private hospitals, nursing homes and clinics across the nation suspended outpatient services on Monday following a call by the Indian Medical Association to hold a day-long strike in solidarity with the doctors sitting on a protest in West Bengal. (ANI) 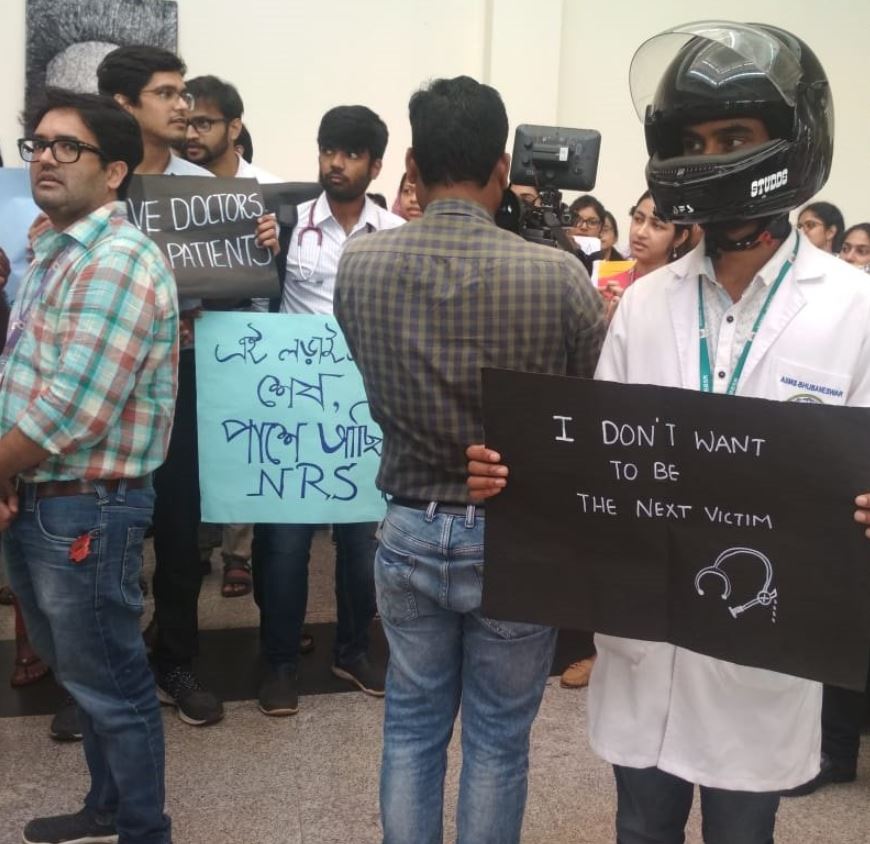 Junior doctors in West Bengal are on strike since June 11 after two of their colleagues were attacked and seriously injured allegedly by relatives of a patient who died at the NRS Medical College and Hospital in Kolkata. (ANI) 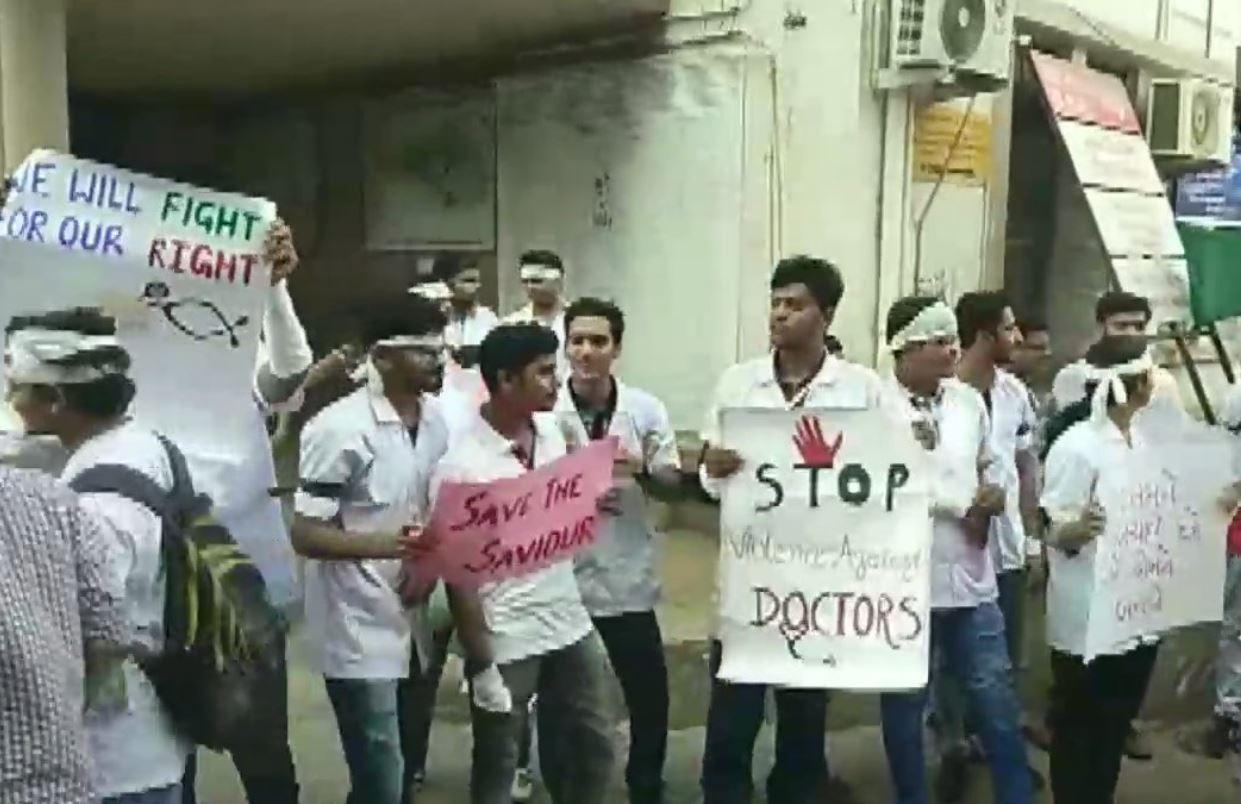 In a show of solidarity with their counterparts in Bengal, medical practitioners across the country have chosen to keep away from work. (ANI) Delhi: Resident Doctors' Assoc of All India Institute of Medical Sciences (AIIMS) to go on strike from 12 noon today till 6 am tomorrow,in support of doctors strike over violence against them in West Bengal. Emergency services including Casualty,ICU & Labour room to be continued. (ANI) 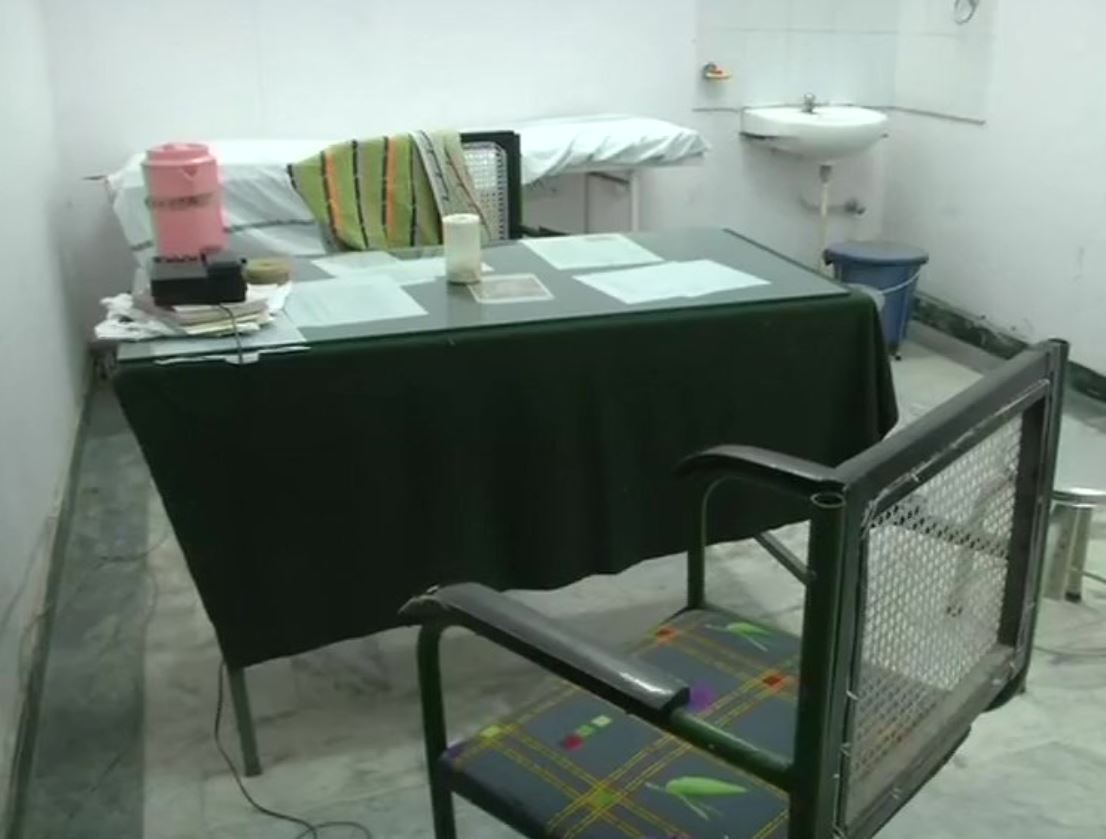 Rajasthan: Doctors on strike at Jaipuria Hospital in Jaipur; Indian Medical Association (IMA) today has called for a nationwide strike of doctors in the wake of violence against doctors in West Bengal. (ANI) The IMA has demanded a comprehensive central law in dealing with violence on doctors and health care staff. (ANI) 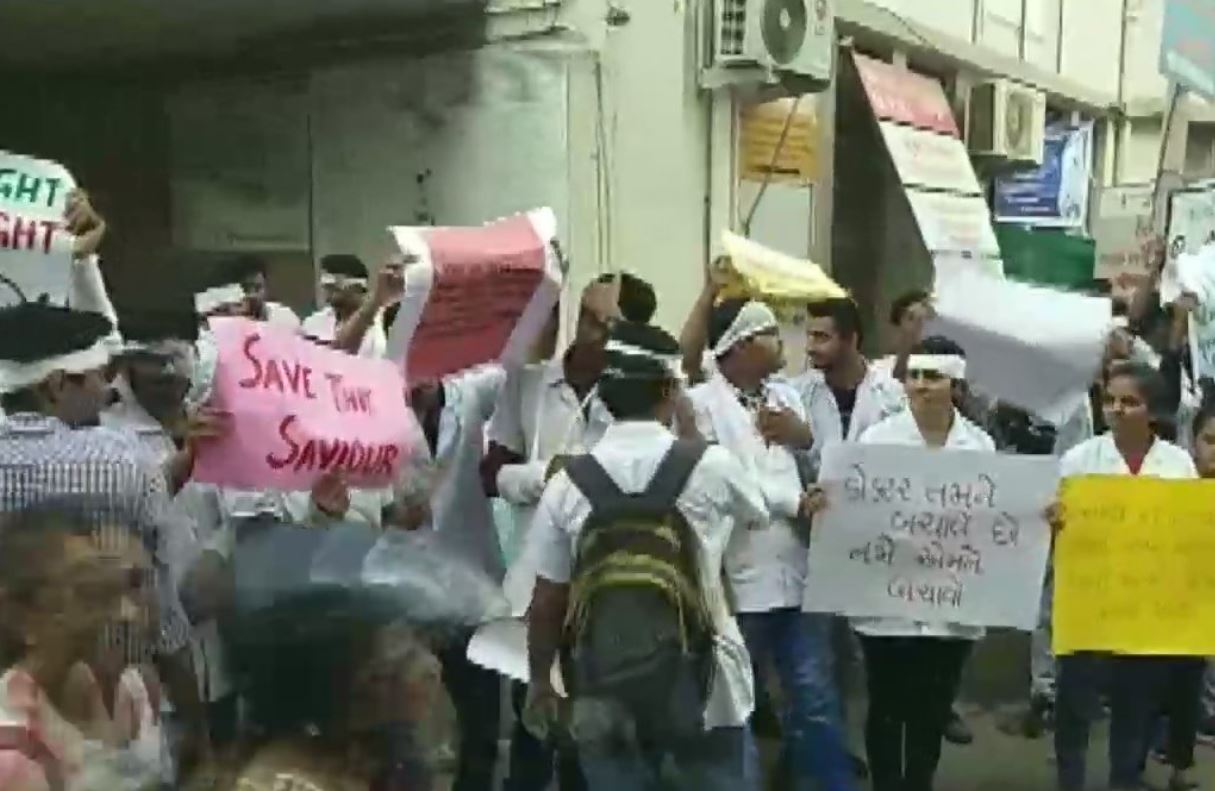 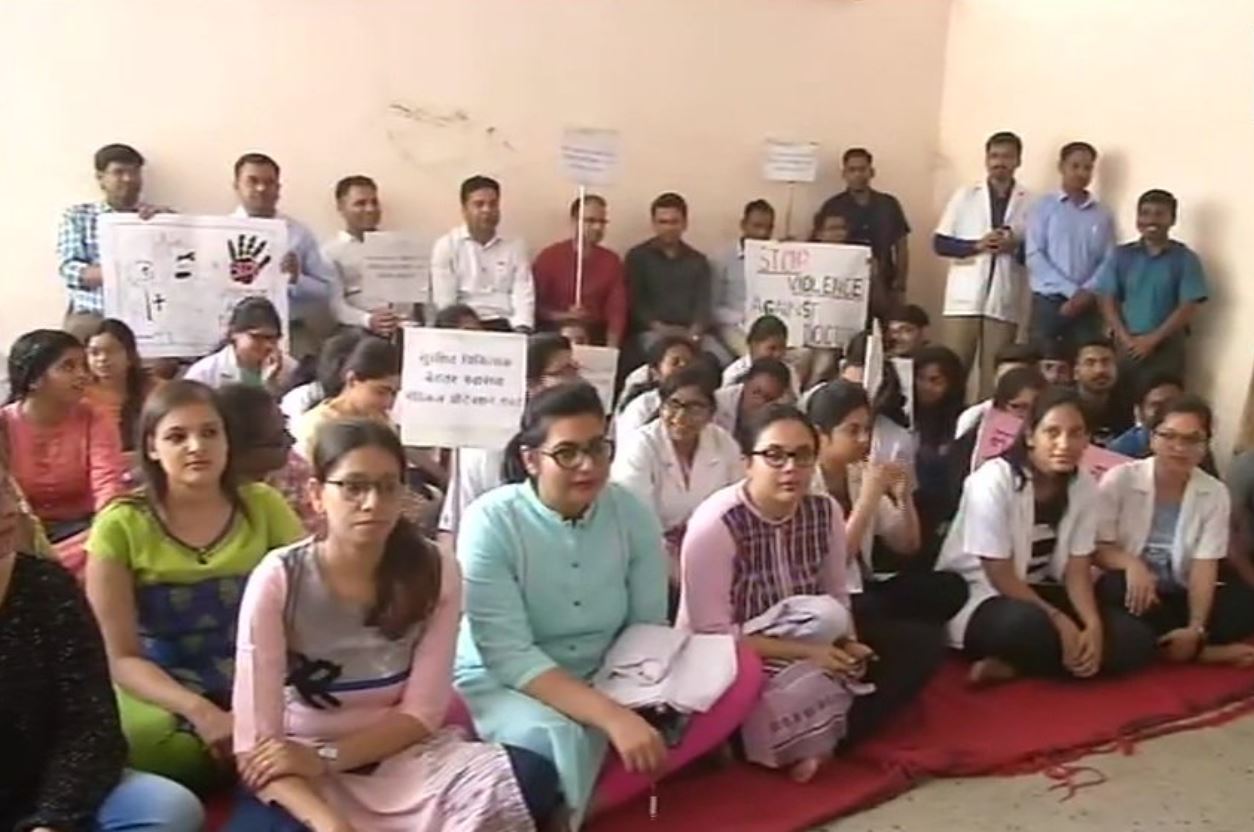 Bhubaneswar: Doctors continue to hold protest at All India Institutes of Medical Sciences, in the wake of violence against doctors in West Bengal. (ani) 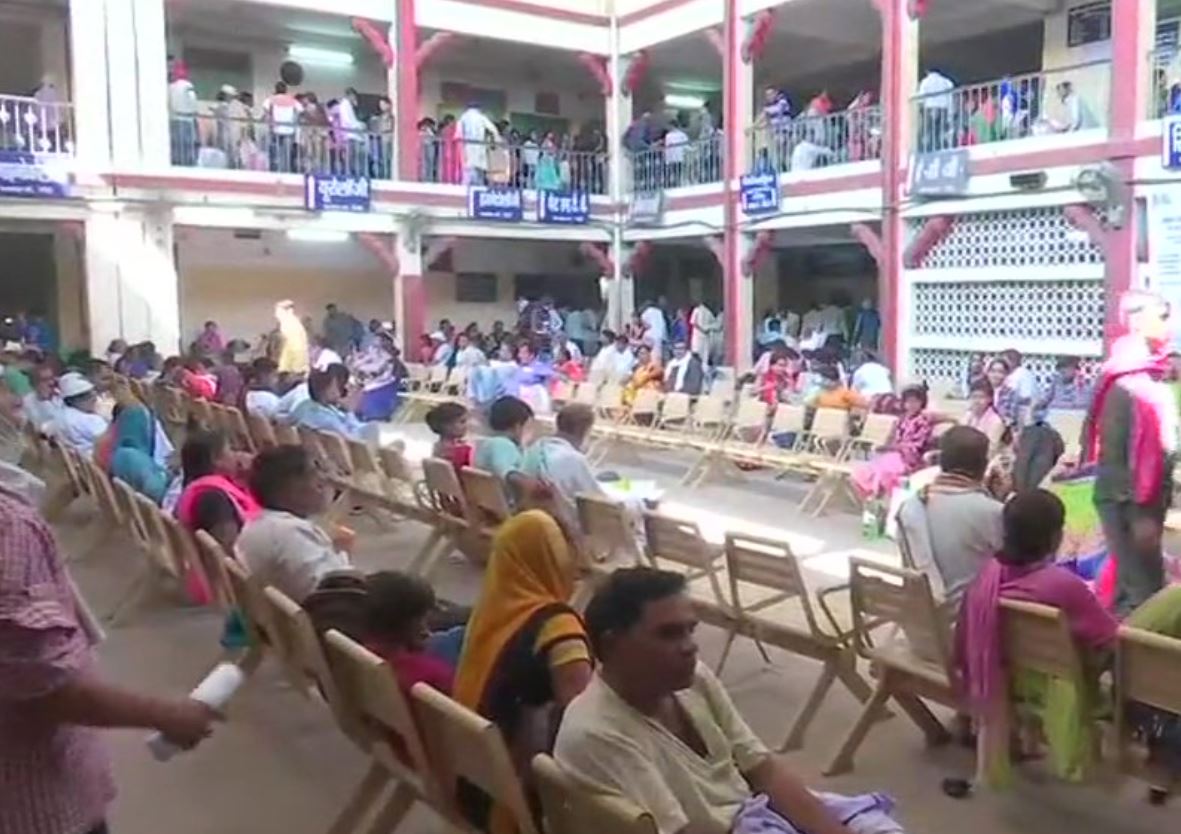 The strike had a telling effect as people were seen struggling to get medical aid in private hospitals. (ANI) 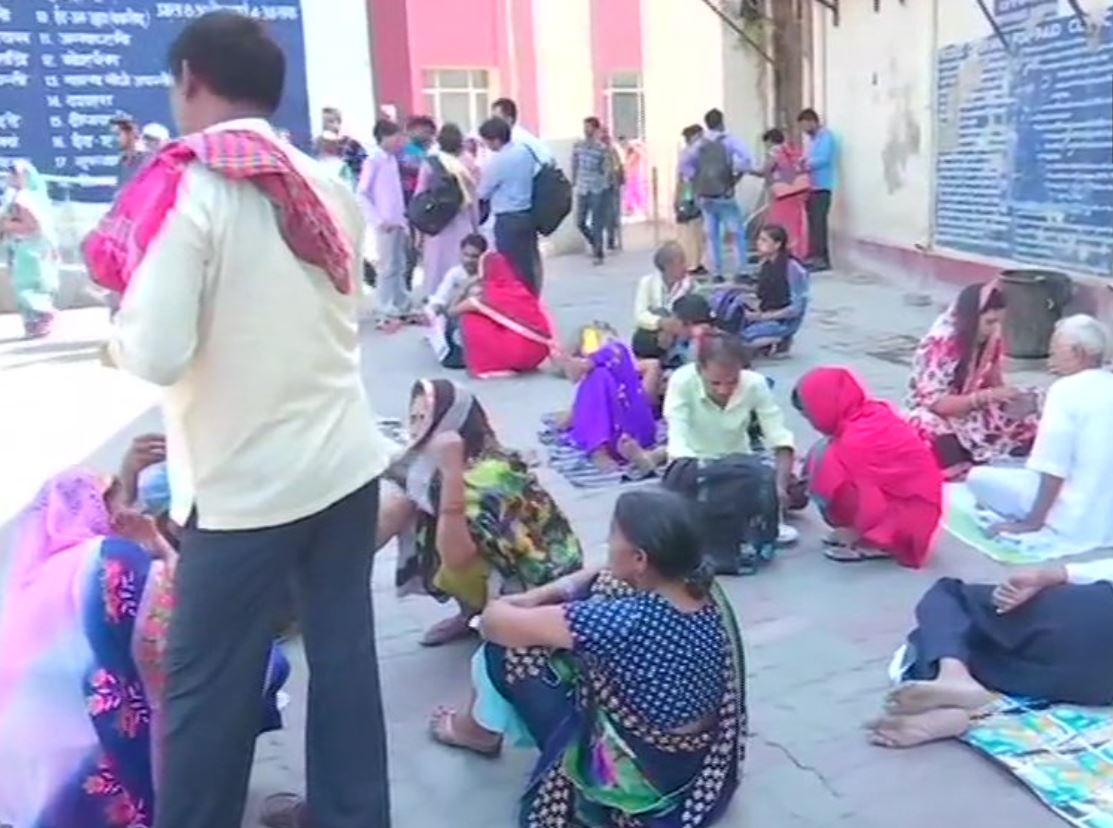 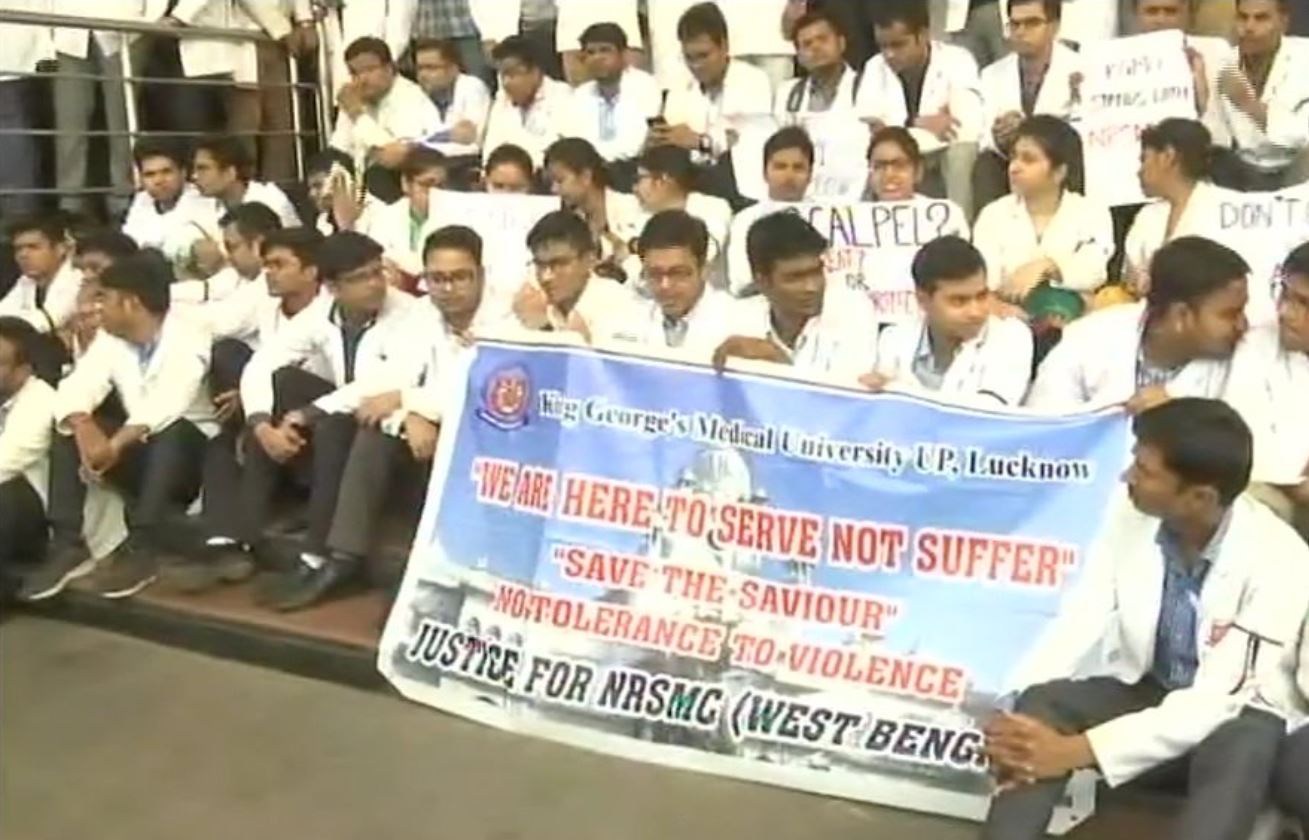 Lucknow: Doctors at King George's Medical University (KGMU) are on strike in wake of violence against against doctors in West Bengal. (ANI)