The pretty 'Suman' of Salman Khan's 'Maine Pyar Kiya' won youth over with her innocence back in 1989 but not many know that the actress, who's full name is Bhagyashree Patwardhan, actually belongs to a royal family. Her father Maharaja Vijaysinghraje Patwardhan is the Raja of Sangli, Maharashtra district.(Pic: Instagram) 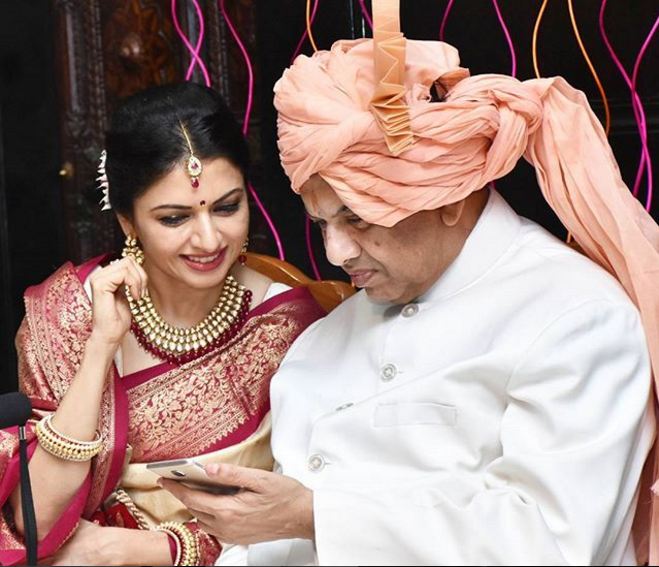 Every year Bhagyashree's family visits Sangli to participate in the huge Ganpati festivities during Ganesh Chaturthi. Actress shared beautiful pictures from there and here we see her with her father Maharaja Vijaysinghraje Patwardhan. His full name is Meherban Shrimant Rajasaheb Vijaysinghrao Madhavrao Patwardhan. Her caption to this pic read - "Daddy"s girl always"(Pic: Instagram Bhagyashree) 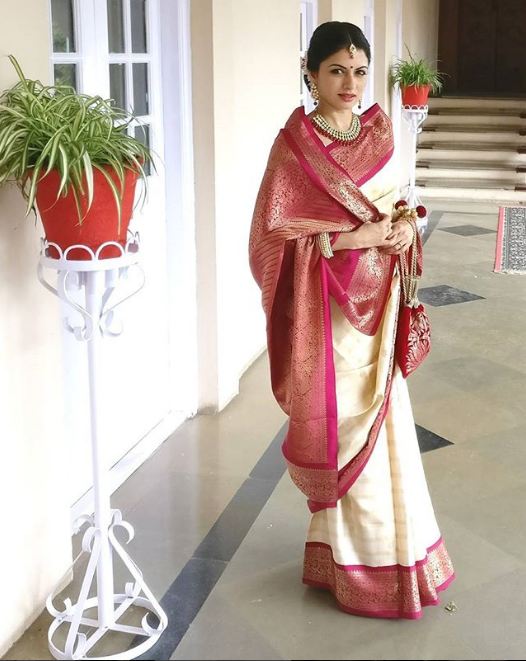 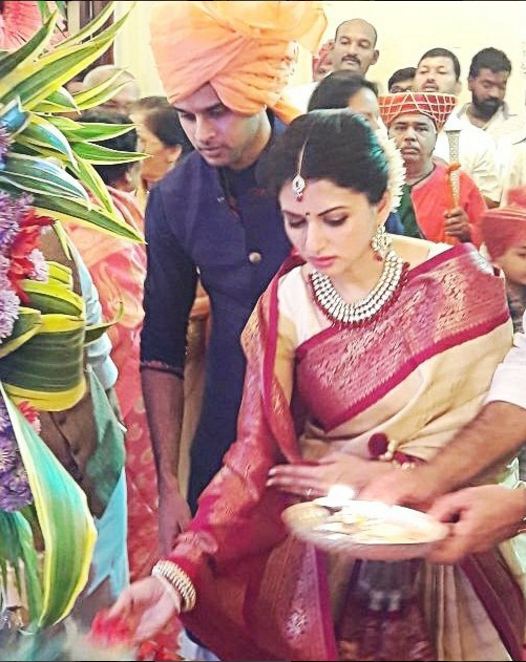 Bhagyashree with her handsome son Abhimanyu Dassani who's all set to make his Bollywood debut too. Actress gives this pic an adorable caption that read - "My Prince follows traditions#traditions #festivities #myson #ganpatibappamorya"(Pic: Instagram Bhagyashree) 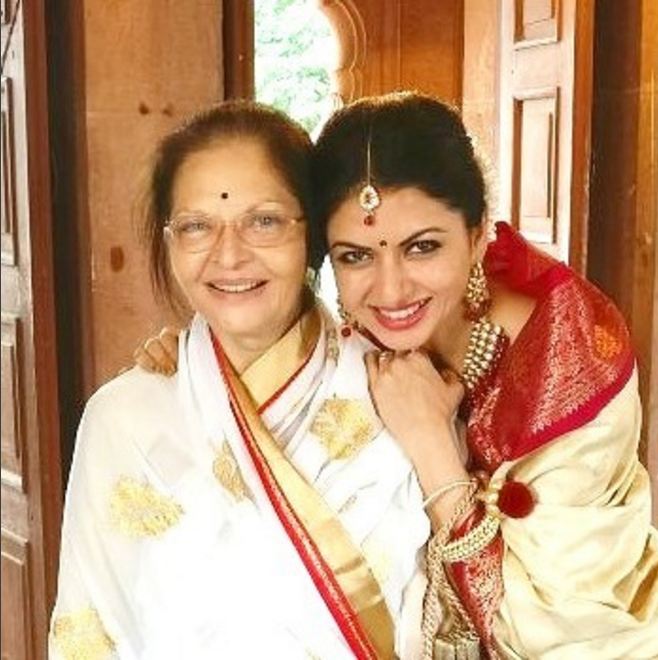 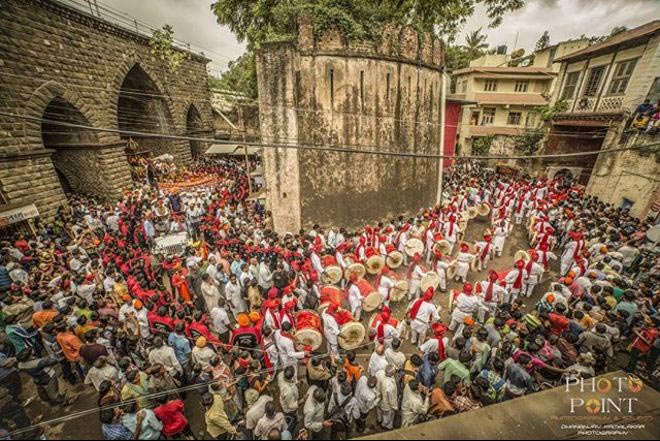 And here are some pictures we found on the Instagram handle of 'Nadpratishtha_DholTashaPathak' who organize the grand Ganesh Utsav celebrations and visarjan in Sangli. (Pic Source: Instagram @nadpratishtha_dholtashapathak/Credit: Dhananjay Kamlakar) 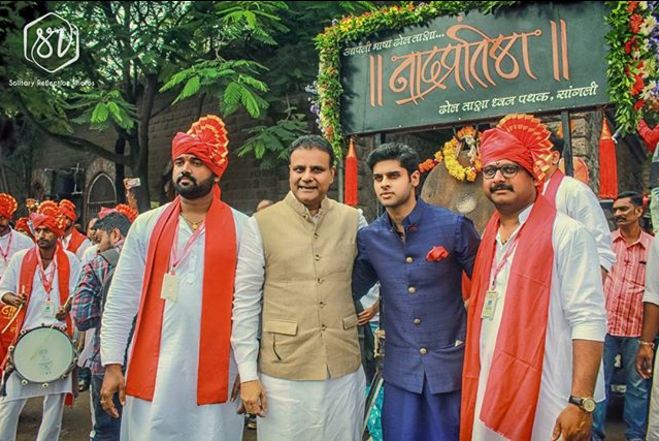 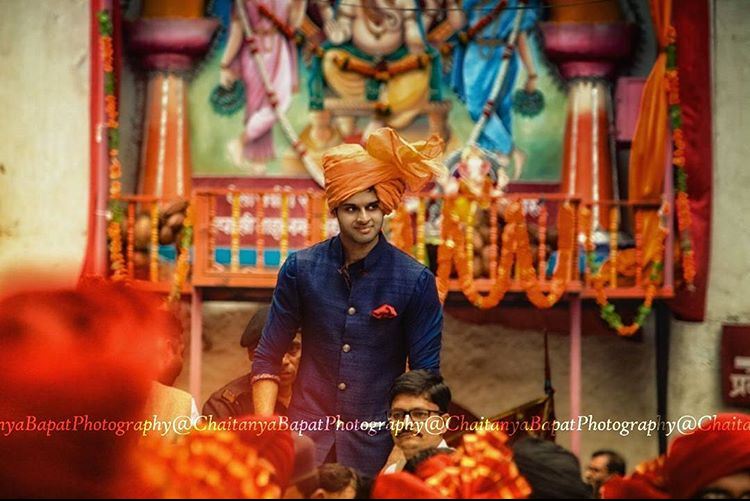 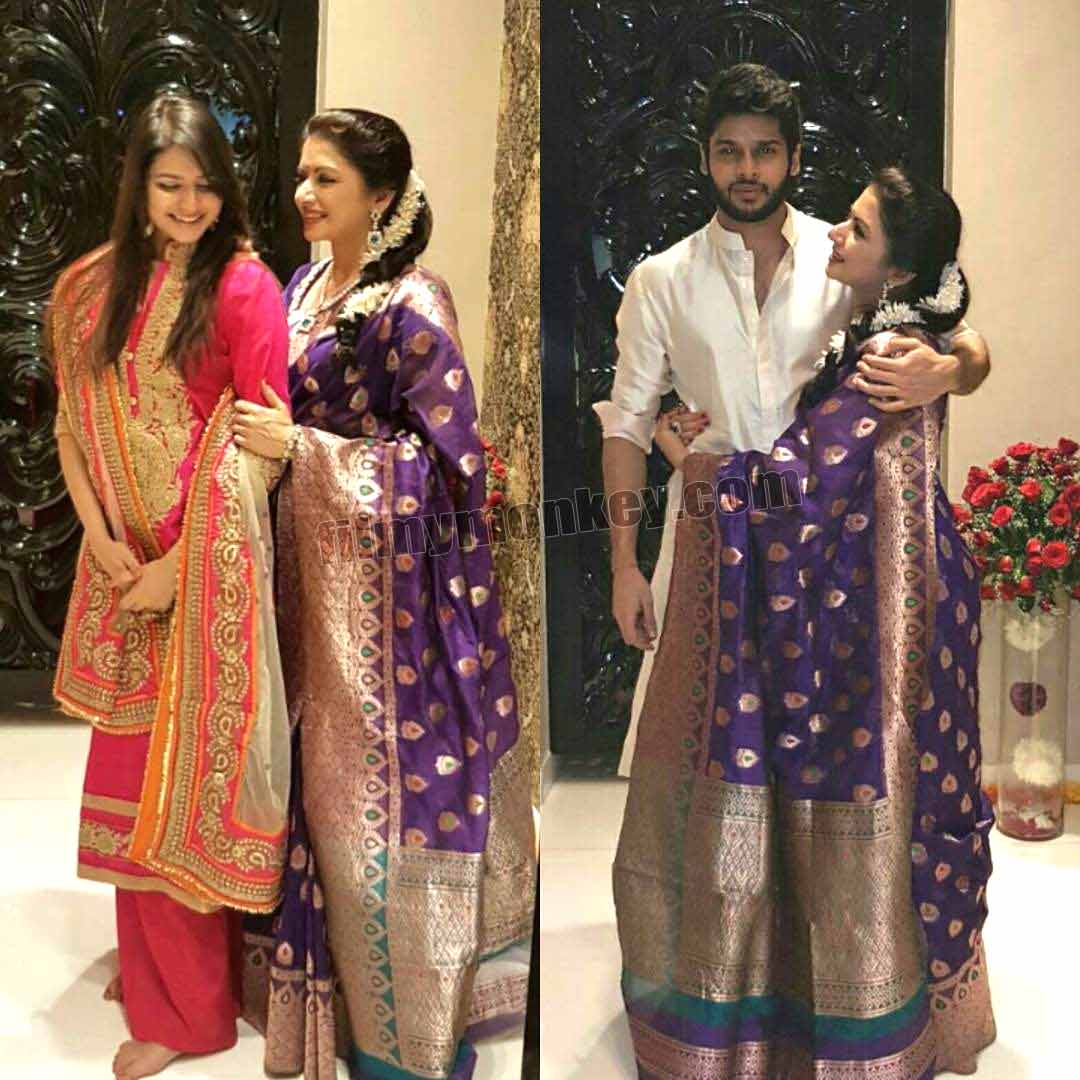 Bhagyashree also has a daughter who's named Avantika Dassani but she wasn't present with the family at Sangli(Pic: Instagram) 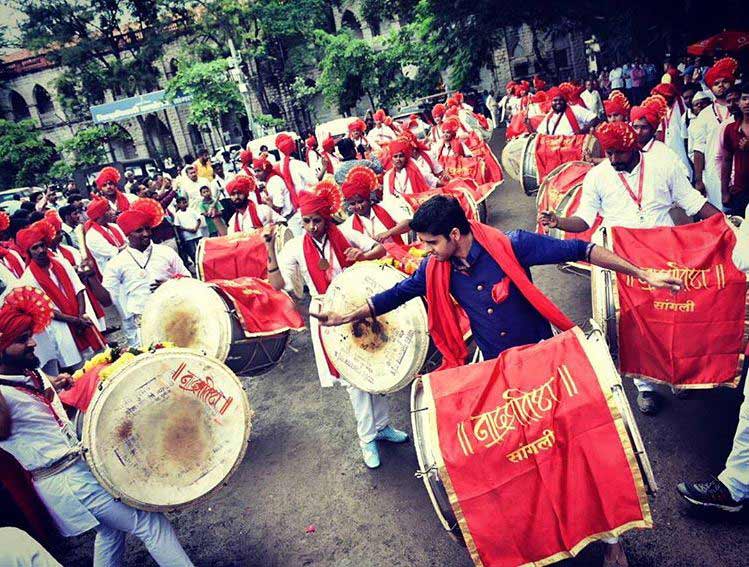 Abhimanyu playing dhol along with other devotees during Ganesh Utsav while lakhs gather from Maharashtra (Pic: Instagram Abhimanyu) 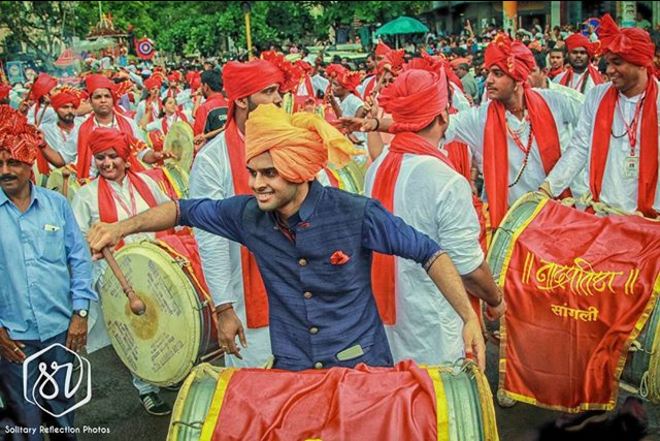 Bhagyashree, who never fails to visit Sangli to be part of her royal Ganpati festivities, shared with TOI, “The Royal Ganesh Visarjan of Maharaja Vijaysingh Patwardhan of Sangli is a glorious spectacle to behold ­ with a procession including dancers, lehjim, posse of armed forces, constabulary , cavalry ,elephant and camels. Women run ahead of the procession, drawing rangoli, for over two-and-a-half miles. There is also a resplendent rath.“(Pic Source: Instagram @nadpratishtha_dholtashapathak/Credit: Solitary Reflection Photos) 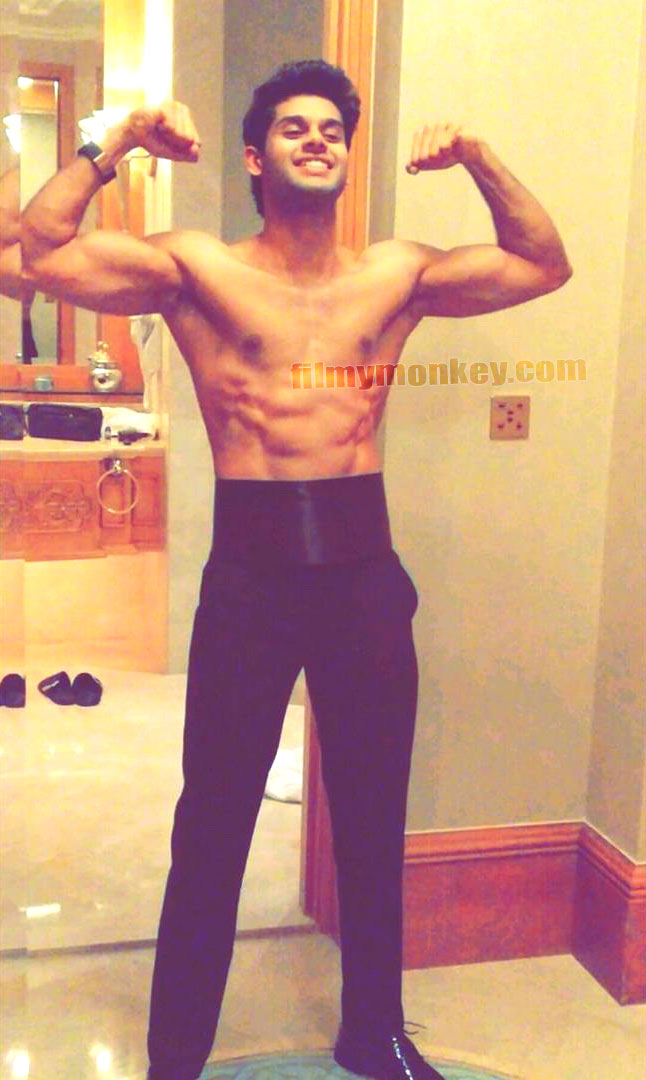 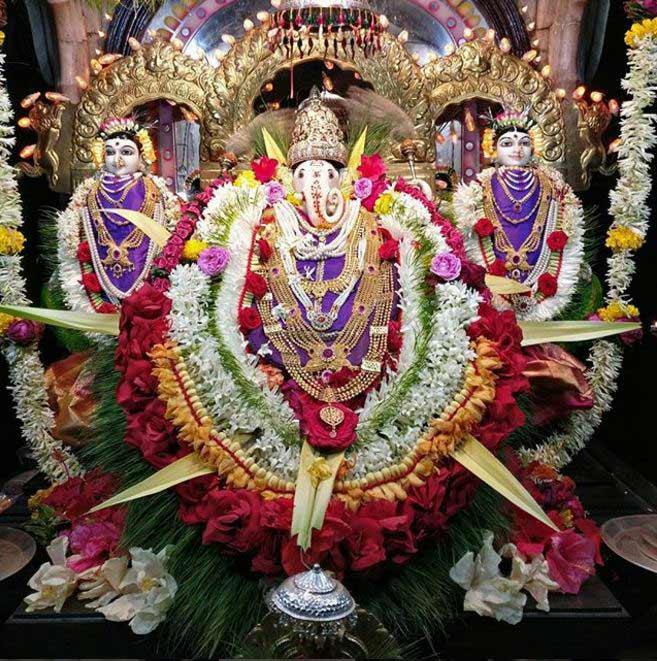 Bhagyashree seeks Lord Ganesh's blessings and shares the beautiful picture of the idol from Sangli captioning it- "My Ganpati Bappa"(Pic: Instagram Bhagyashree) 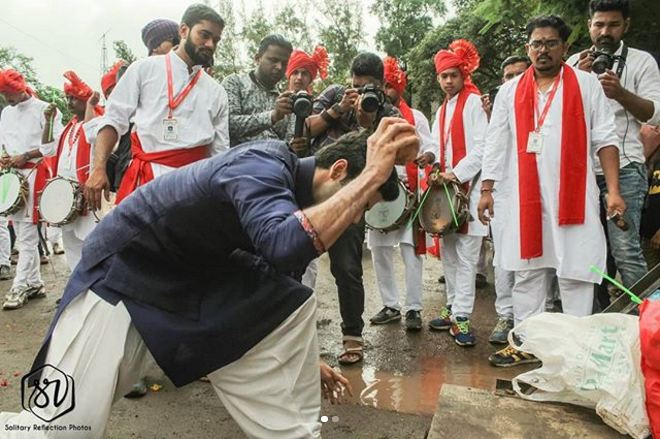 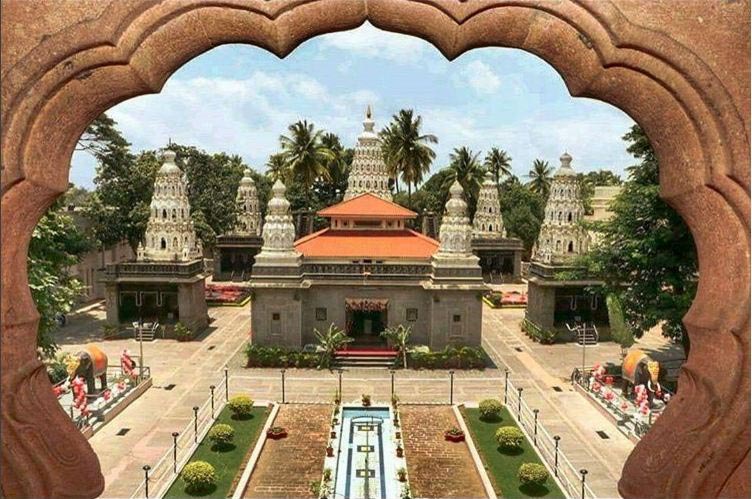 Bhagyashree told Rediff in an interview -"The Ganpati festival in Sangli was huge; around 6 lakh people came to worship this year. We have our own temple there. The visarjan can start only after my father finishes with his." And son Abhimanyu gives a glimpse to the same with the caption - "Real life Postcard ???? #Sangli #incredibleIndia #royal #GaneshTemple #Sangli #view #postcard #travel #architectural" (Pic: Instagram Abhimanyu) 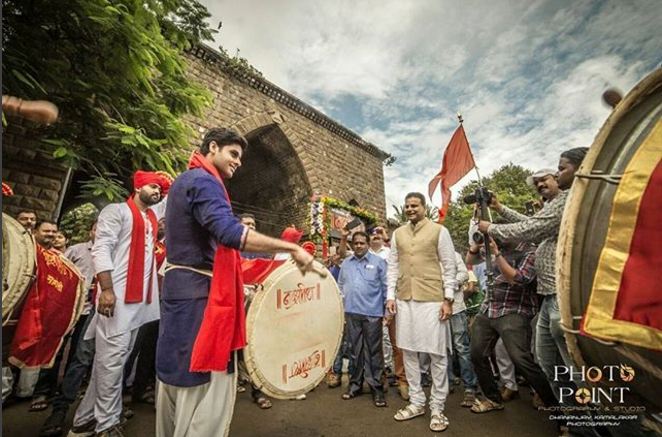 Father Himalay watches as Abhimanyu plays dhol.(Pic Source: Instagram @nadpratishtha_dholtashapathak/Credit: Dhananjay Kamlakar) Abhimanyu also shared a video of him playing dhol which you may watch here --- A post shared by Abhimanyu Dassani (@abhimanyud) on Sep 1, 2017 at 8:06am PDT