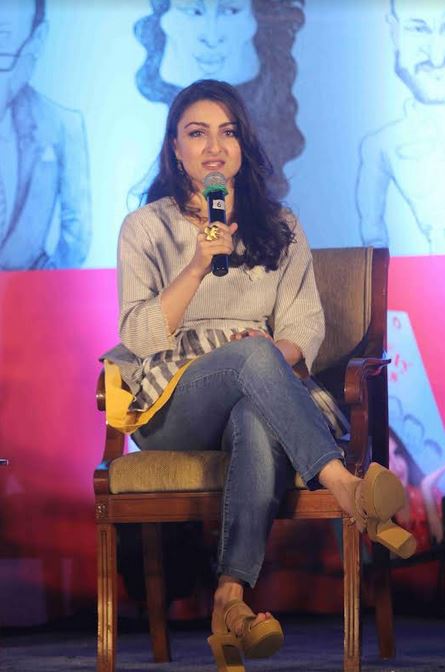 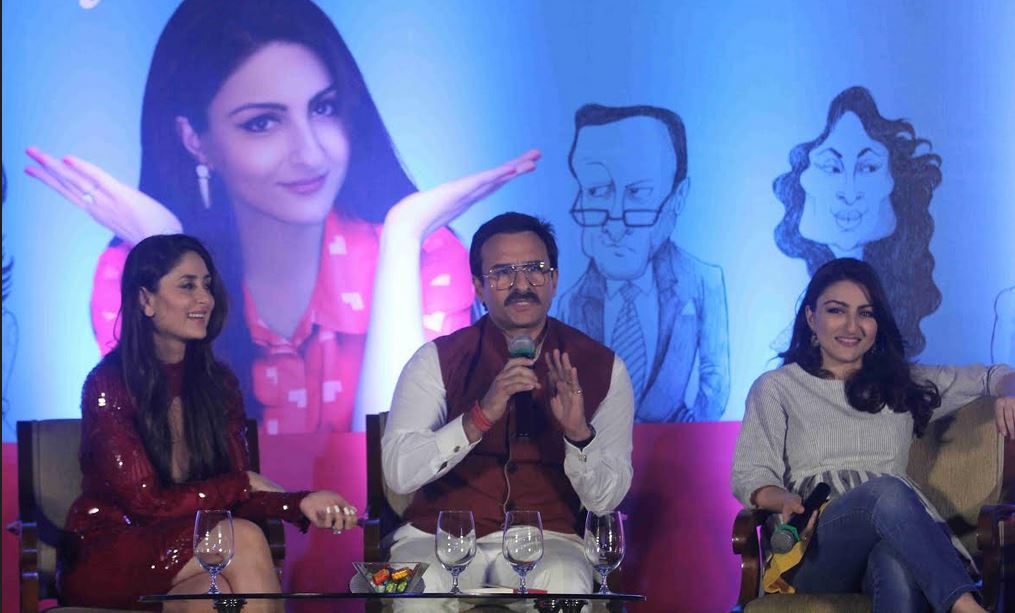 It's a witty story where Soha describes the side-effects of being moderately famous in an extra-ordinarily famous family. Image Manav Manglani 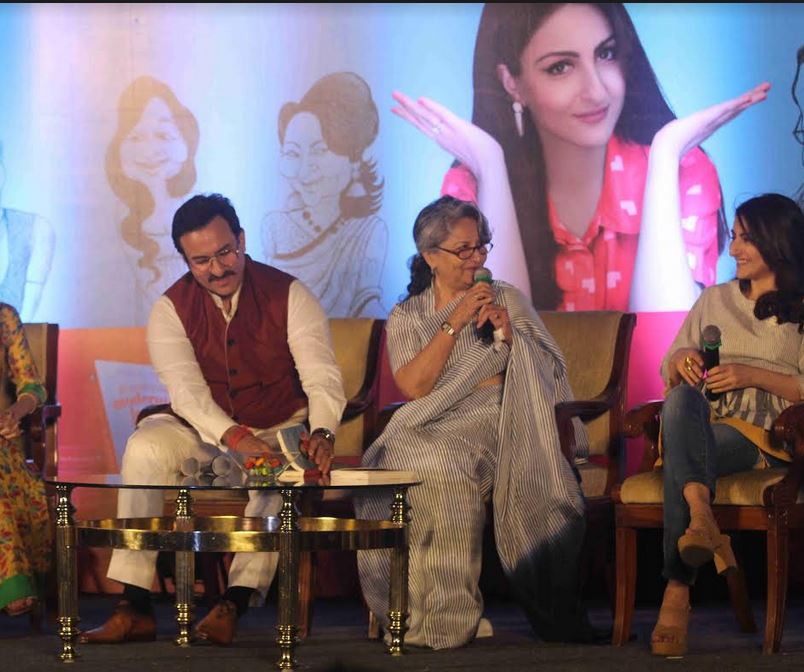 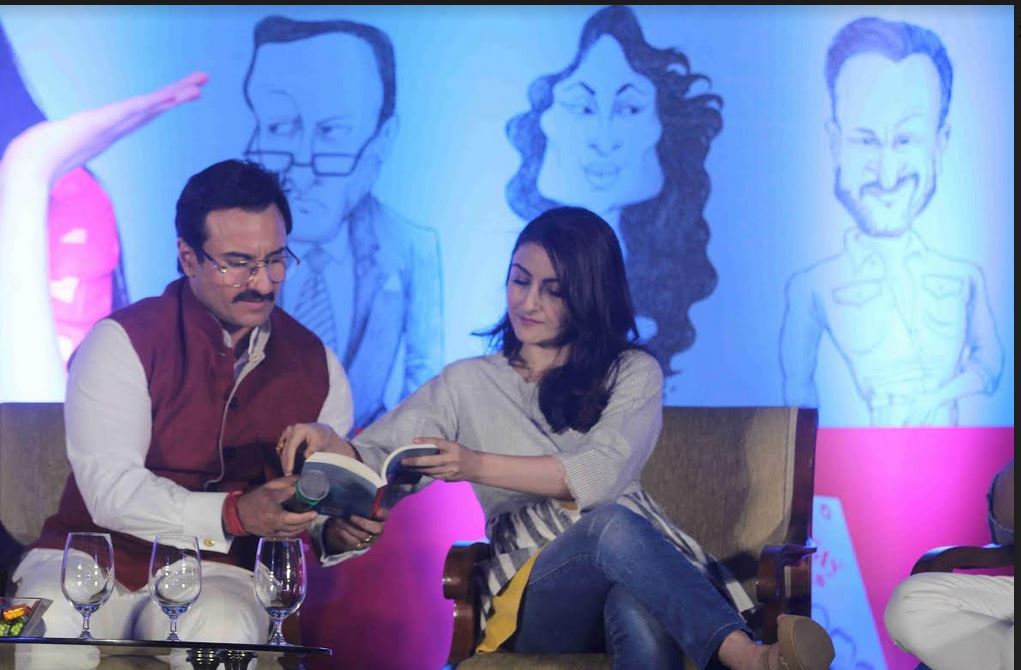 Saif reads an excerpt where Soha has humourously written about being questioned on how does it feel being sister of somebody so famous or having somebody as famous as Kareena Kapoor Khan as her sister-in-law, and now about their son Taimur Ali Khan who is already a celebrity. Image: Manav Manglani 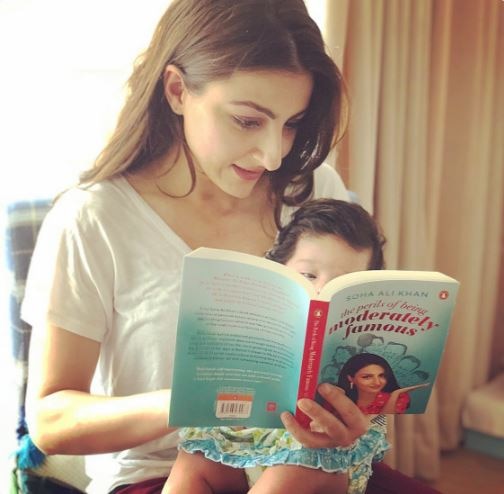 It is Soha's debut as a mother and also as an author. She shared this picture of her daughter Inaya with the advanced copy of the book, on social media. Image: Twitter