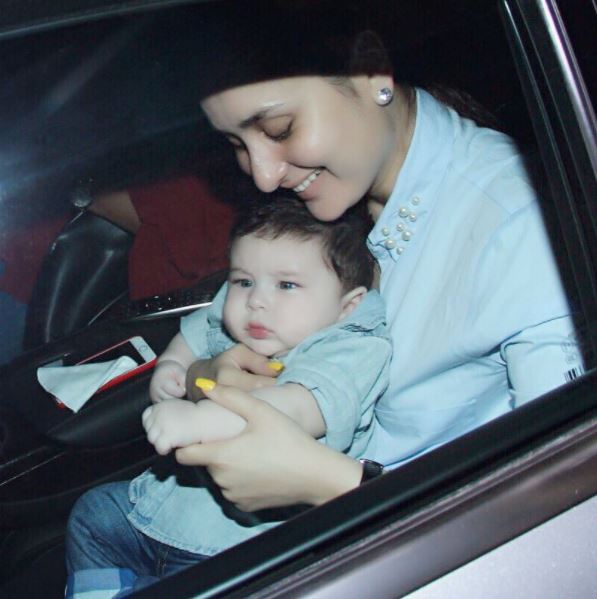 Bollywood actors Kareena Kapoor Khan and Saif Ali Khan's baby boy Taimur is undoubtedly the cutest star-kid of B-town and the lil boy breaks the internet, every time when his photos surface on social media. 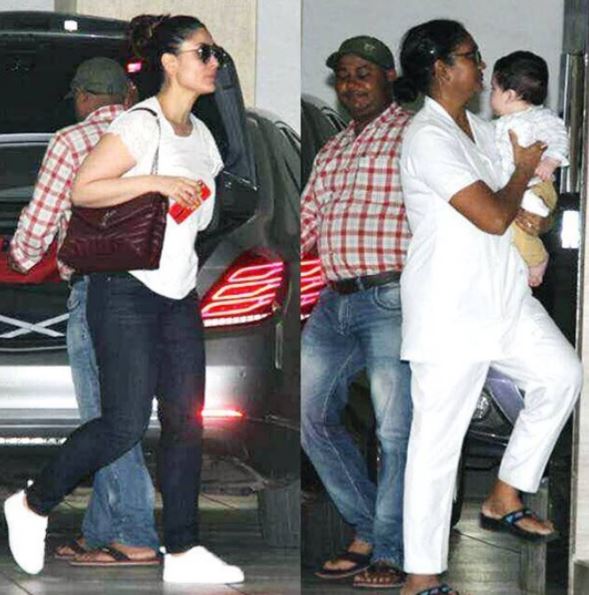 And on Sunday too, when the world was busy watching India-Pakistan match at Champion's trophy finals, the mother-son duo Kareena & Taimur was snapped outside Babita Kapoor's residence 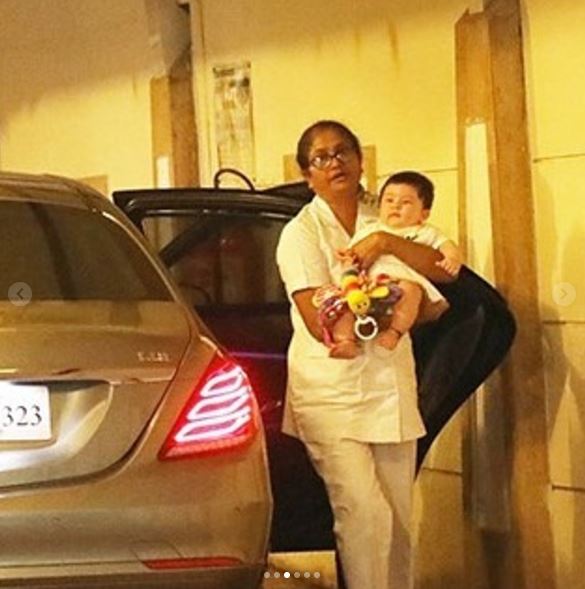 Taimur with his nanny was clicked returning home after spending the noon at his grandma Babita’s place. He looked super-cute wrapped in his nanny’s arms!

This junior Nawab looked simply adorable like always and we bring to you some of the paparazzi clicks of the tiny tot that is making rounds on the internet! 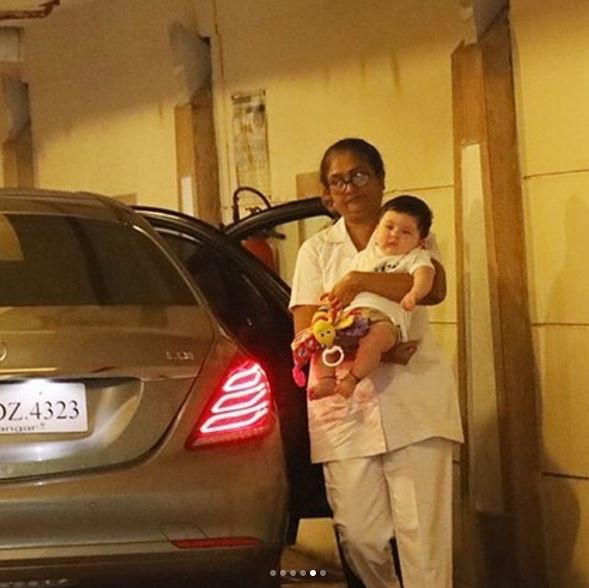 Six-month-old Taimur looked cute as a button the way he way he was gazing at the shutterbugs. 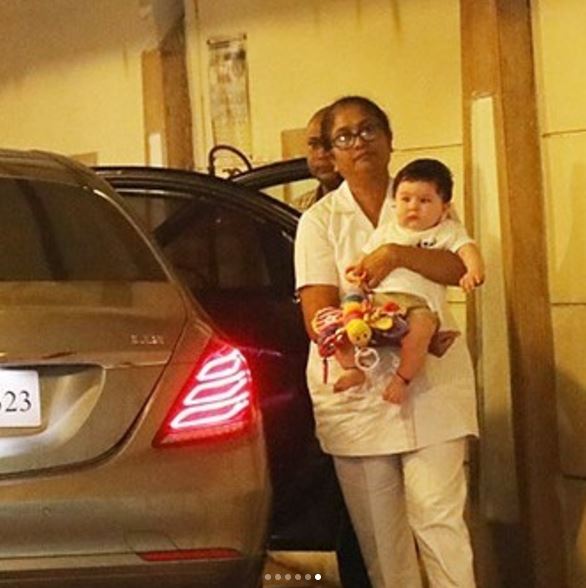 The chubby cheeked cutie- pie has become everyone’s favourite ever since he was born, Taimur is already an internet sensation and once again these pictures are going viral with fans awwwing over his cuteness!