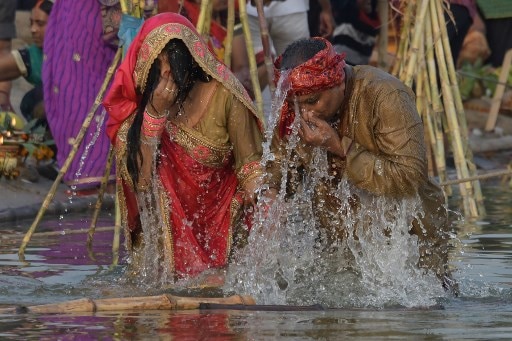 NEW DELHI: Devotees across India on Tuesday thronged at rivers, dams, ponds and other water bodies to offer 'Arghya' to the setting Sun on the occasion of Chhath Puja. 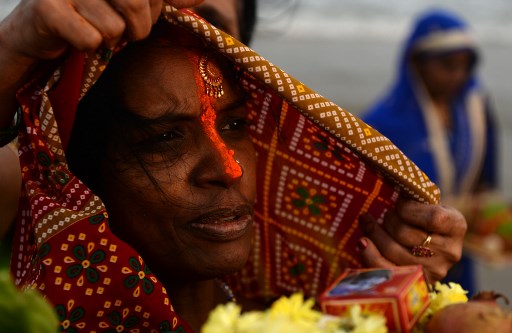 The fervor that had started building up with rituals like "Nahay Khay" on Sunday, followed by "Kharna" on Monday, hit a crescendo on Tuesday as the "Chhath vratees", who observe a rigorous 36-hour fast and refuse to take even a sip of water as part of mandatory discipline for the occasion, made their journey to the ghats singing hymns in praise of the sun god in local dialects like Bhojpuri, Maithili and Magahi. 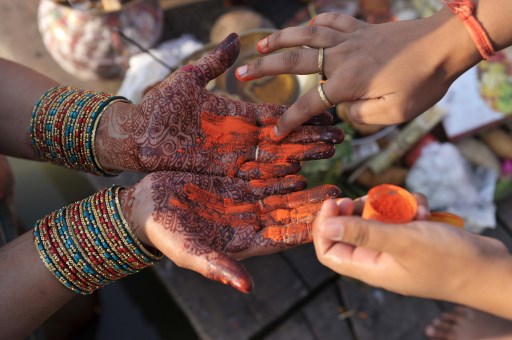 While not all members of a family observe the grueling 36-hour-long "nirjala" fast, there are a number of austerities which every relative of a Chhath Vratee is required to observe for the four-day period. 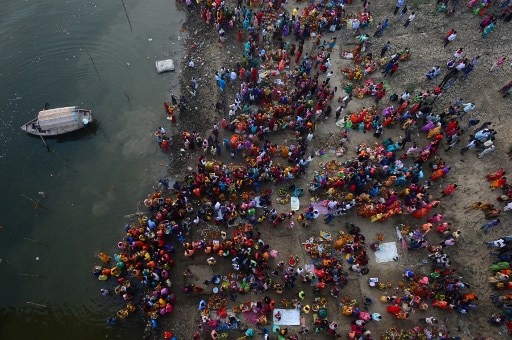 These include complete abstinence from food containing onions and garlic, meat, tobacco and other intoxicants. / AFP Image 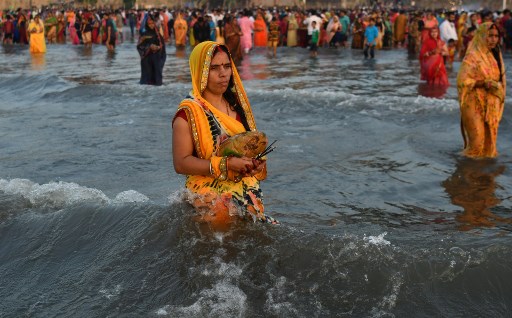 The festival is celebrated on the sixth day after Diwali. Chhath Puja relives the age-old tradition of paying obeisance to the Sun God. / AFP Image 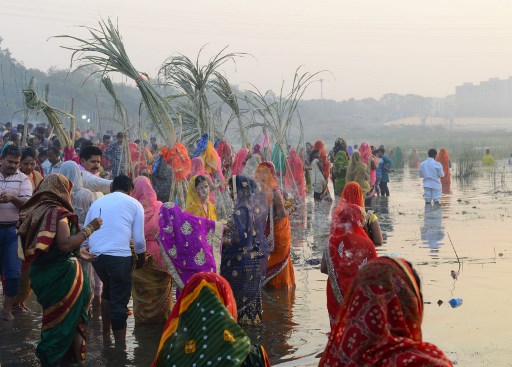 Thousands of devotees also assembled in the ghats of the river. / AFP Image The riversides and ponds were decorated with paper flags, banners and colourful lights on the occasion. / AFP Image 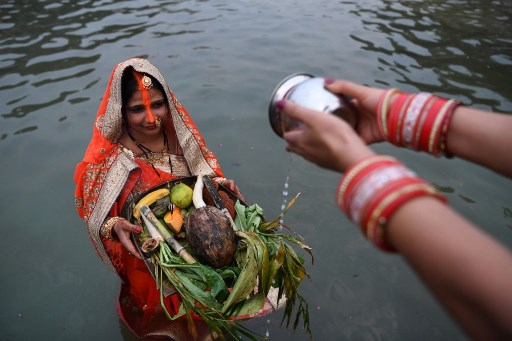 Various delicacies such as 'thekuwa' and rice pudding are prepared and served during the festival. / AFP Image 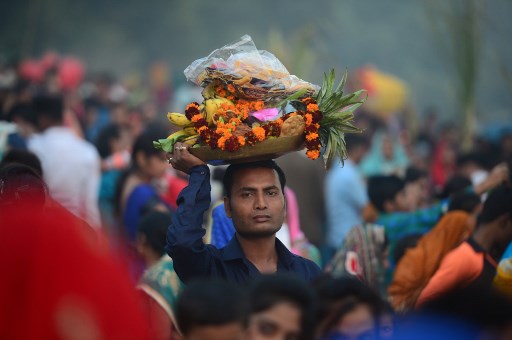 The festival will conclude with the devotees offering 'Arghya' to the rising Sun tomorrow. / AFP Image 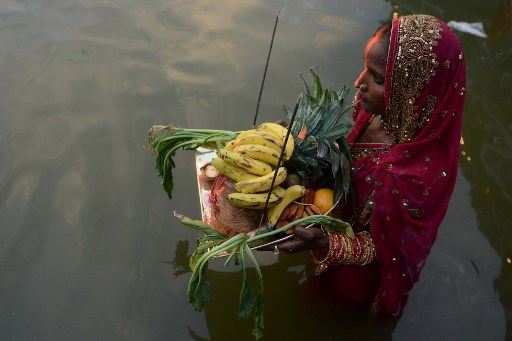 Chhath is a major festival in eastern Uttar Pradesh, Bihar and Jharkhand, although it is celebrated in other parts of the country as well where Purvnanchalis are settled in significant numbers. / AFP Image