Deepika Padukone-Ranveer Singh get a 'Padmaavat' gift from Sanjay Leela Bhansali as they exit together post handing over the Wedding invitation to him! 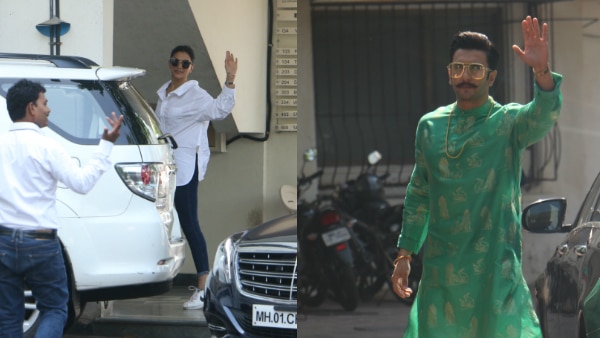 Deepika Padukone and Ranveer Singh had arrived a few hours ago at their 'RamLeela' director Sanjay Leela Bhansali's house to hand him the Wedding invitation card but they arrived separately. 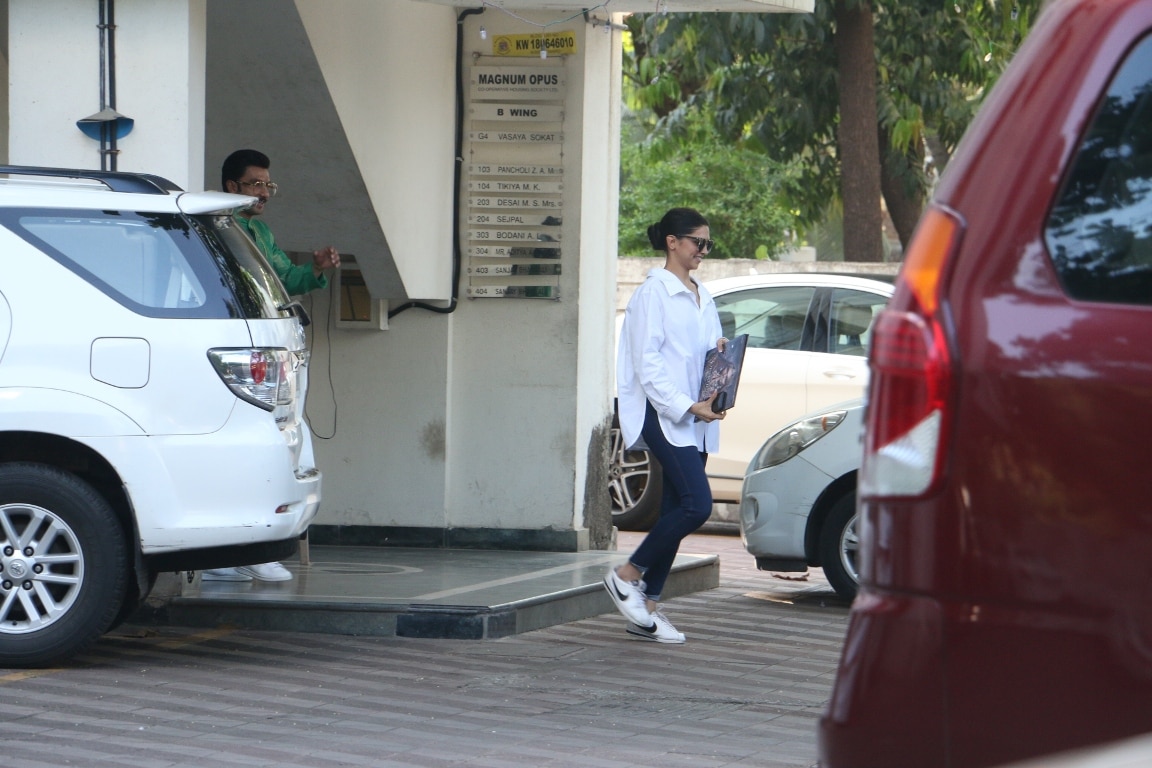 The two after spending a few hours with their director at whose film sets their love story began 6 years ago, were seen exiting Bhansali's house together after they invited him for their wedding which is next week on November 14th and 15th. 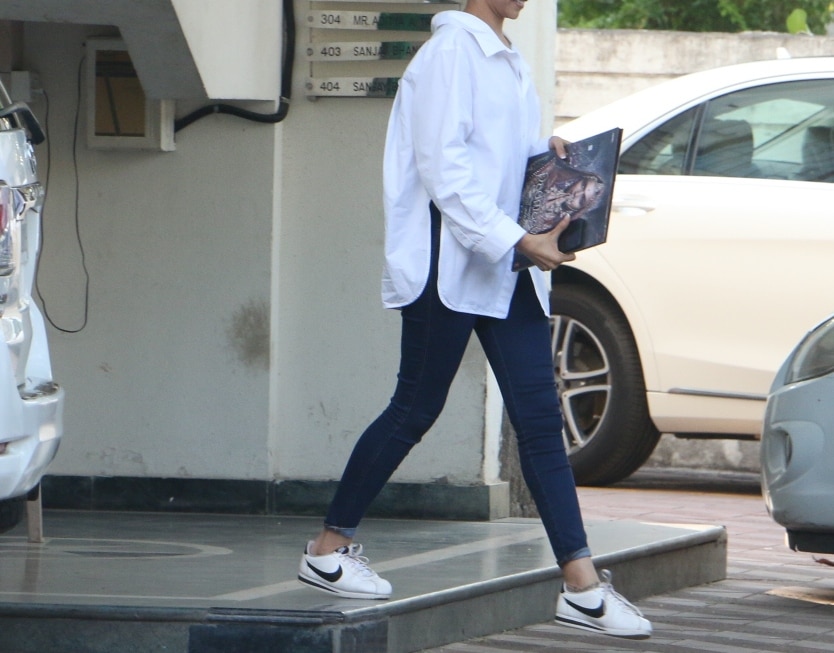 The two were all smiles while cameras captured them leaving for their homes back from Bhansali's but what caught our attention was the gift Deepika was holding in her hand. That's a picture of Deepika's 'Padmavati' avatar from their Bhansali film 'Padmaavat'. She held on to it carefully as the couple left. 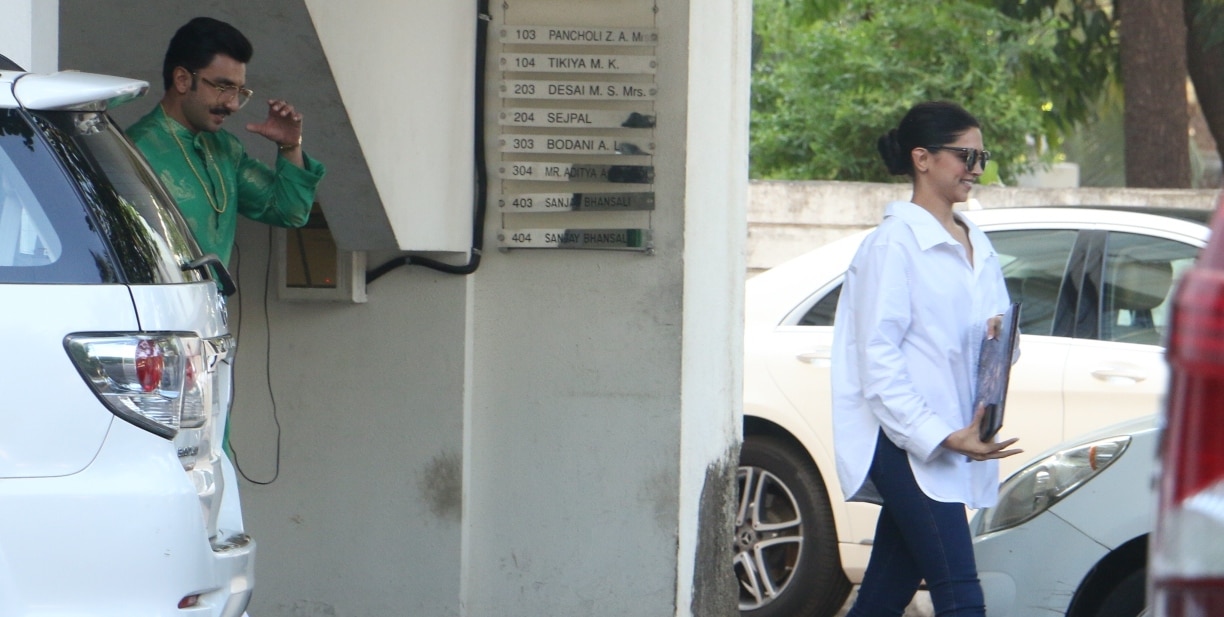 Deepika moved ahead in casual wear while would-be husband followed her behind wearing a green kurta and white pyjama. The stunning couple had come to invite Bhansali and the two completely dote on Bhansali as their pictures posing with him always proved. 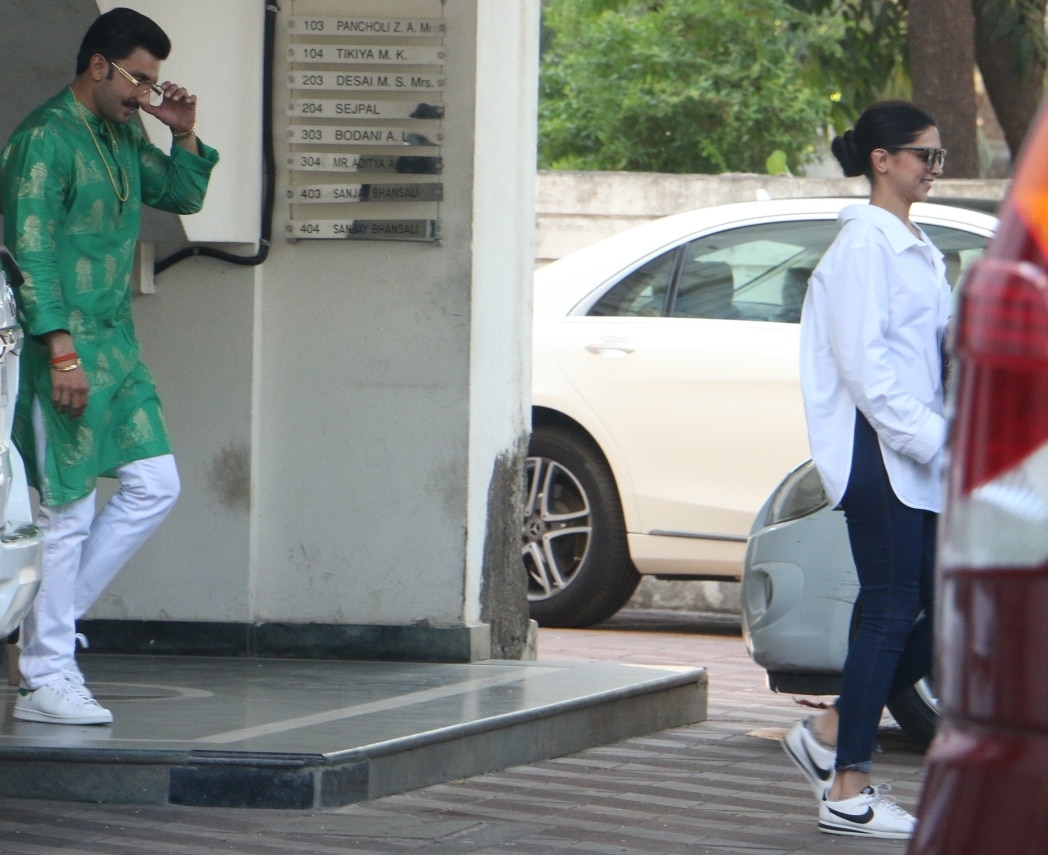 DeepVeer leaving Bhansali's house after handing him their Wedding invitation together. 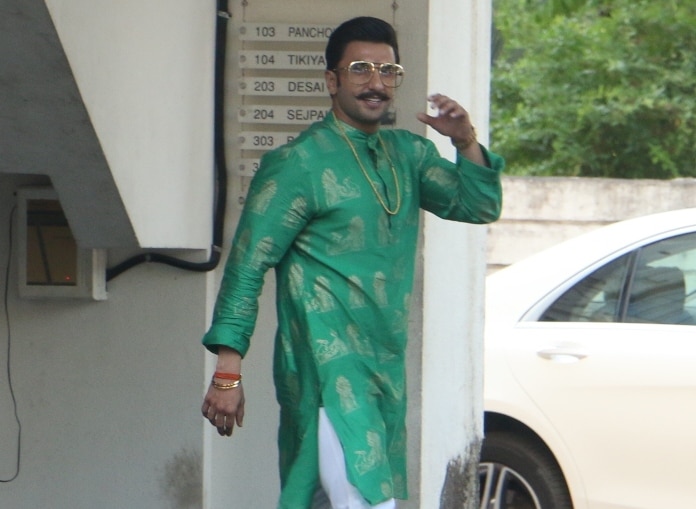 The paparazzi's favorite 'baba' Ranveer glances at the cameras while leaving. 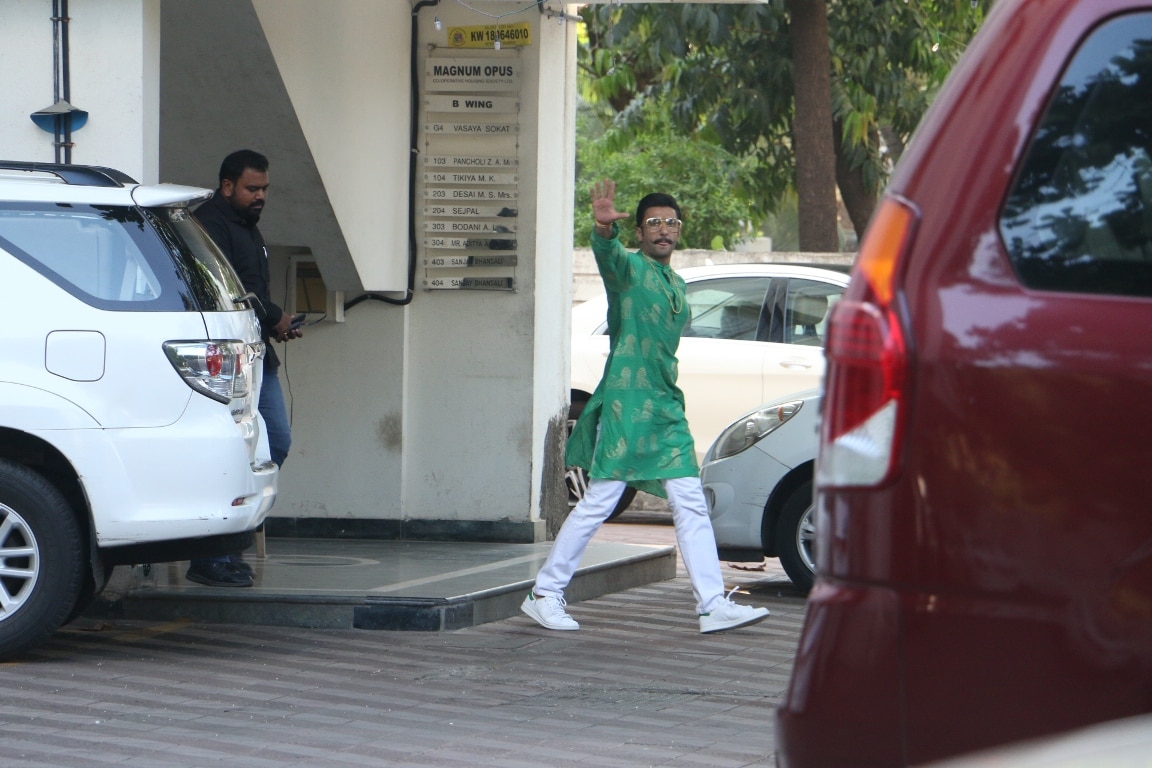 Ranveer waves at cameras and the two reportedly left in separate cars. The pre-wedding rituals of the couple started last week when Deepika first did a Nandi puja and later Ranveer was spotted withe a haldi-smeared face at his balcony. Stay tuned for all DeepVeer Wedding updates!(All Pics: Manav Manglani)