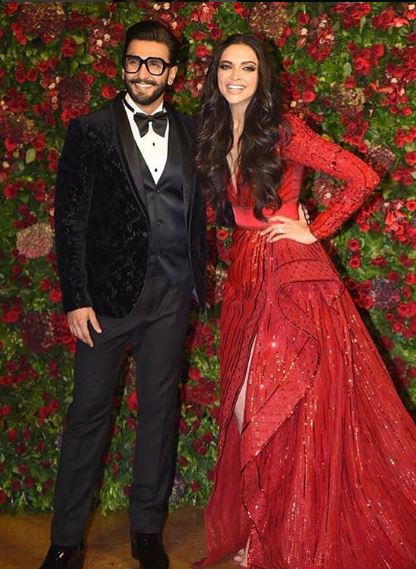 Ranveer Singh and Deepika Padukone’s Mumbai wedding reception proved to be star-studded affair. The two lovebirds hosted a grand wedding reception at Hotel Grand Hyatt and it was attended by some of the biggest names in Bollywood. Our favourite tinsel town divas stole the show with their style statement, be it Kareena Kapoor Khan or Aishwarya Rai Bachchan. 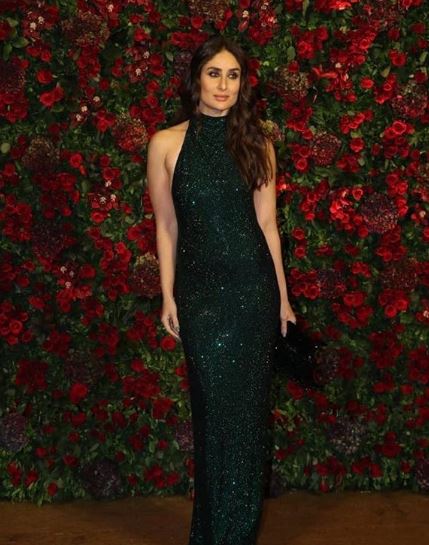 Kareena Kapoor Khan stole the limelight from other Bollywood divas and she looked breath-taking in an emerald green sequinned dress. 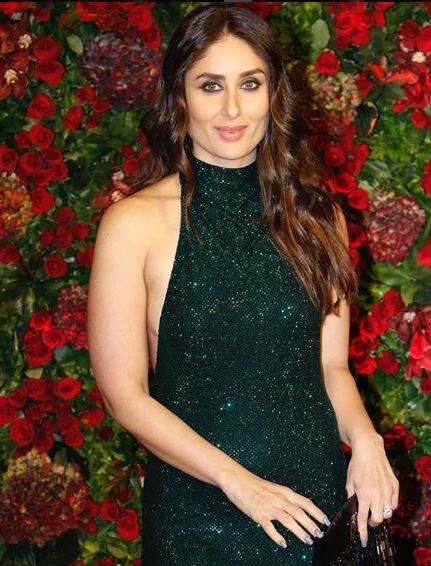 Bebo’s smokey eyes and nude lips made her look even more stunning . 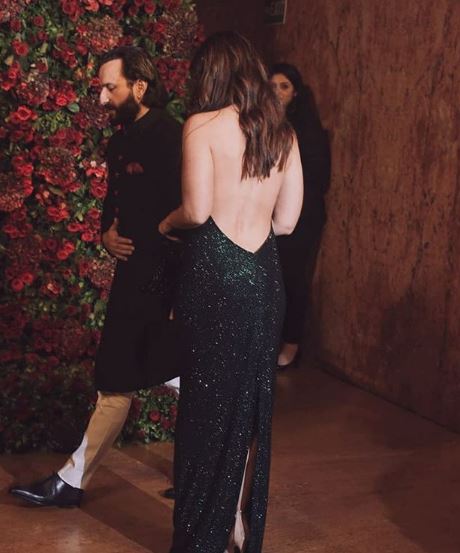 The 'Veere Di Wedding' flaunted her back in her backless halter neckline. We are sure she made several hearts skip a beat with this picture! 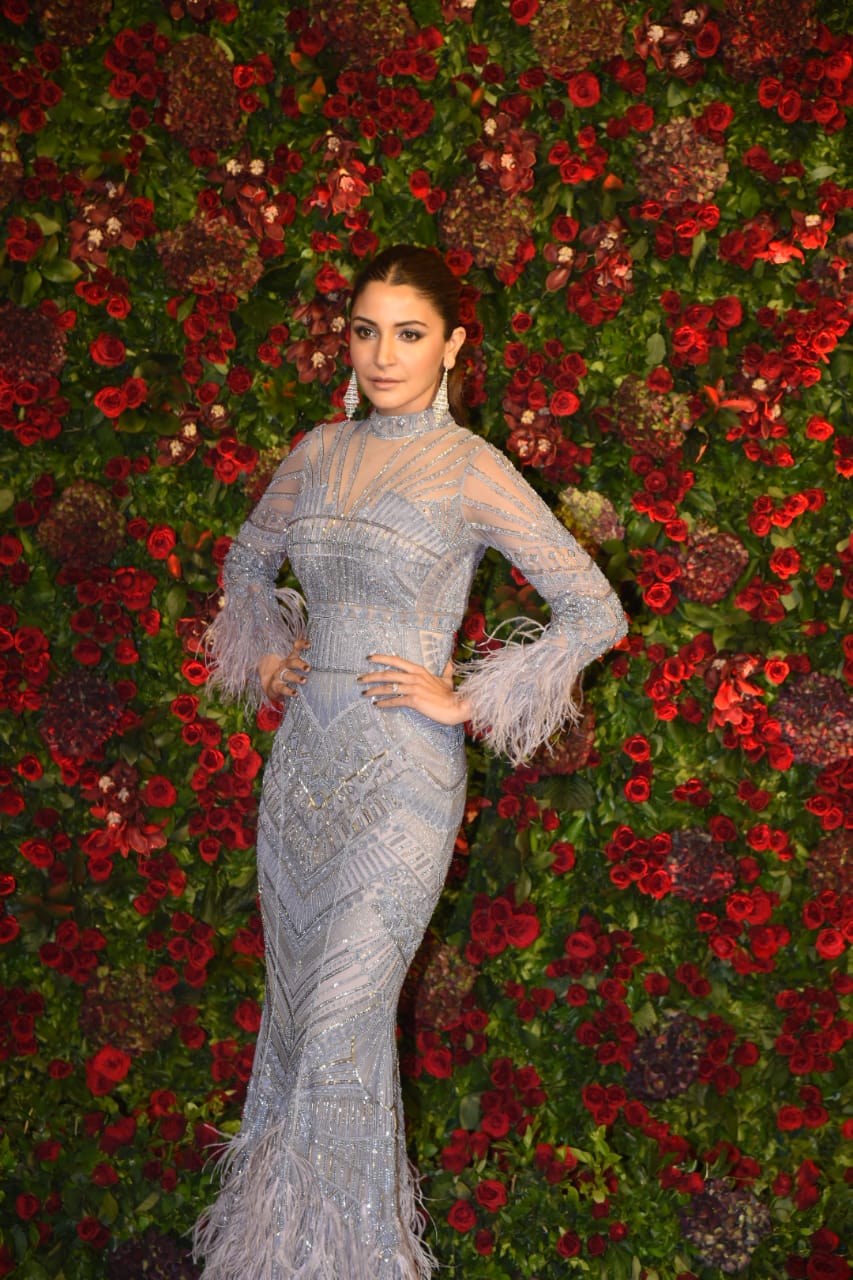 Anushka Sharma, who will be next seen in ‘Zero’, opted for an embellished outfit for the bash. The ‘Sui Dhaaga’ actress made several hearts skip a beat with her appearance at DeepVeer’s reception party. Anushka opted for nude make up and tied her hair in a ponytail and she completed her look with diamond earrings. 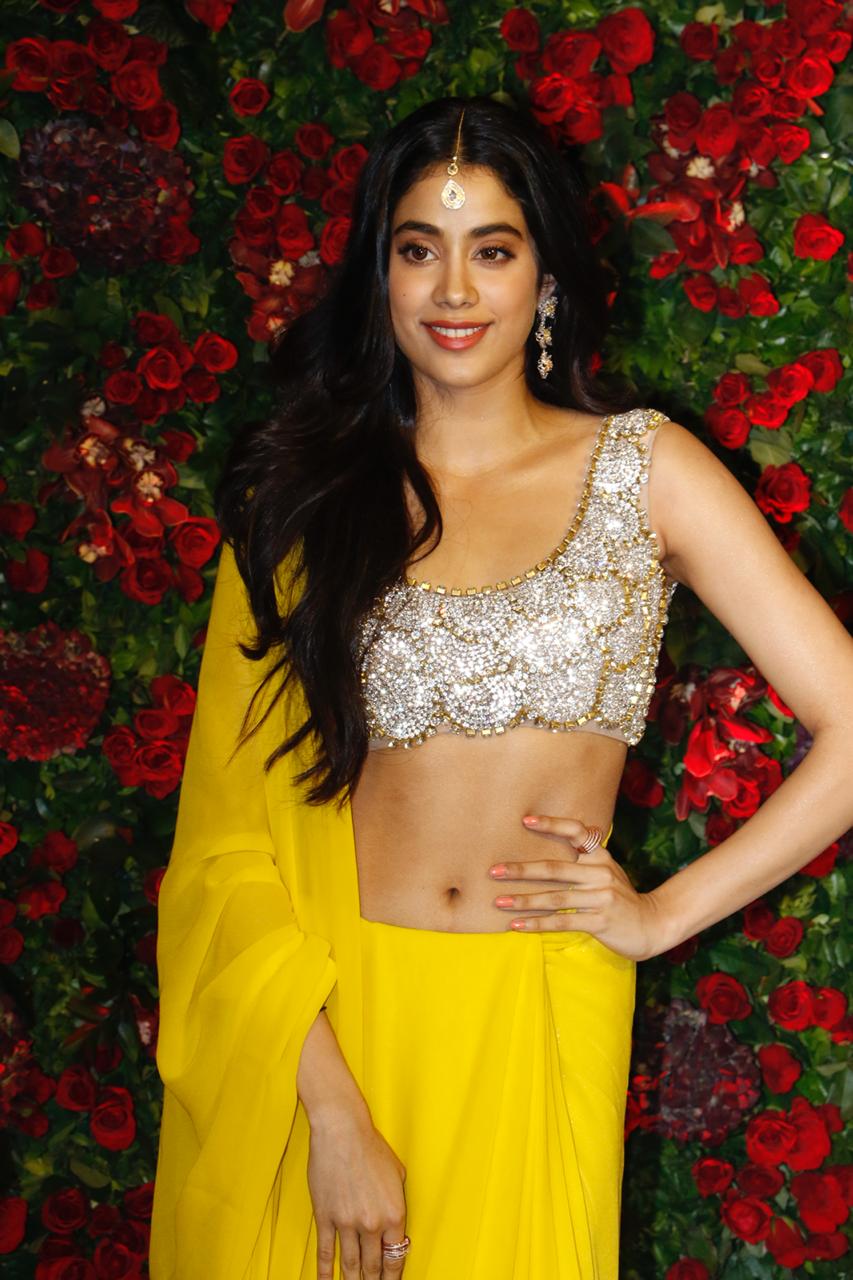 Janhvi Kapoor never fails to amaze us with her fashion choices. The ‘Dhadak’ actress wore a beautiful yellow saree with a heavily embellished blouse. 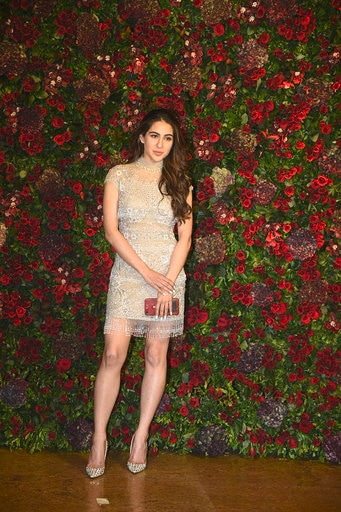 Sara Ali Khan, who will make her Bollywood debut with ‘Kedarnath’ opposite Sushant Singh Rajput, wore a sheer sequin outfit. The pointed pumps complimented her look. 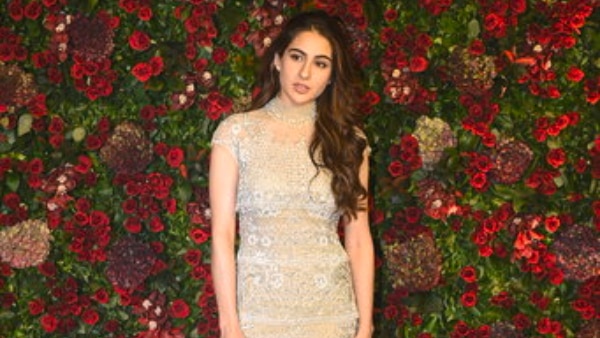 We loved Sara’s uber chic avatar, what about you? 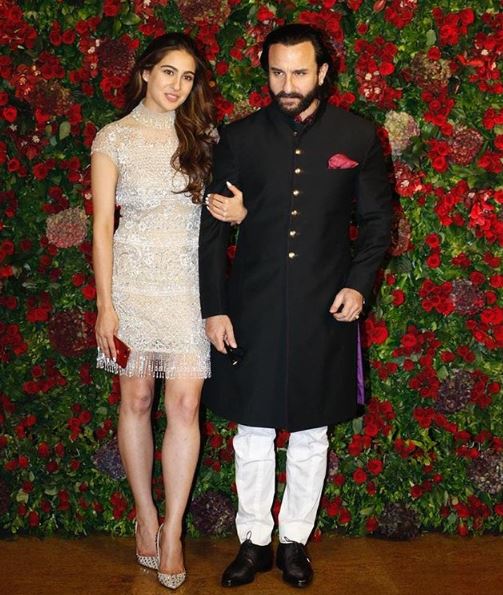 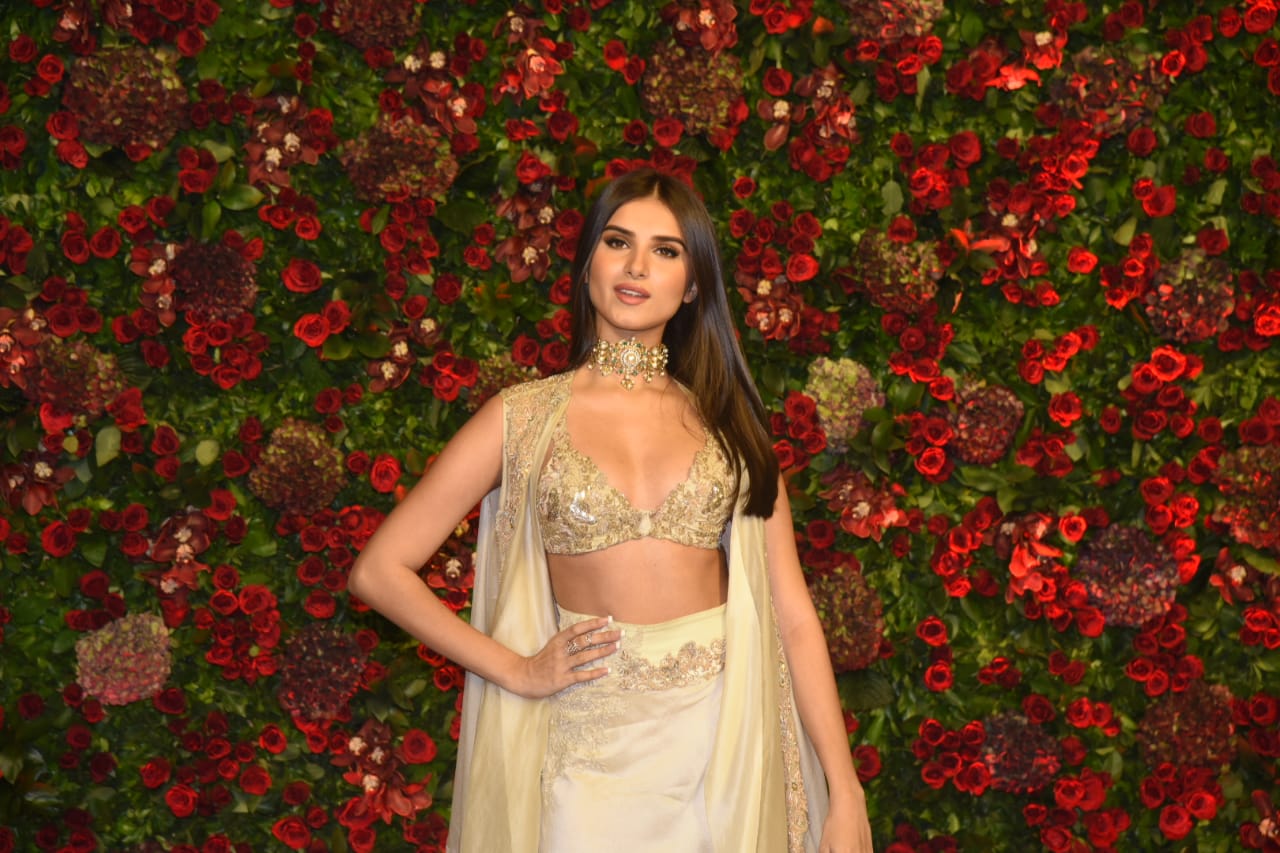 Tara Sutaria, who will make her Bollywood debut with ‘Student of the Year 2’, looked super hot in her attire. 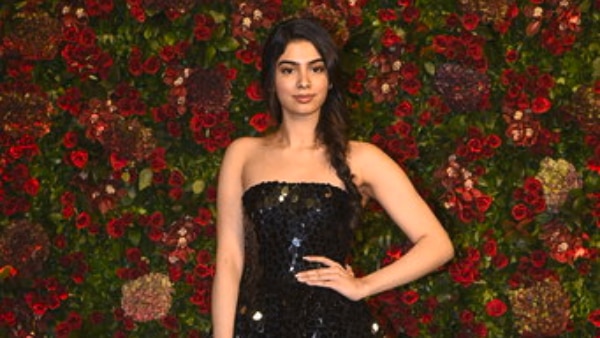 Here's another picture of Khushi Kapoor. 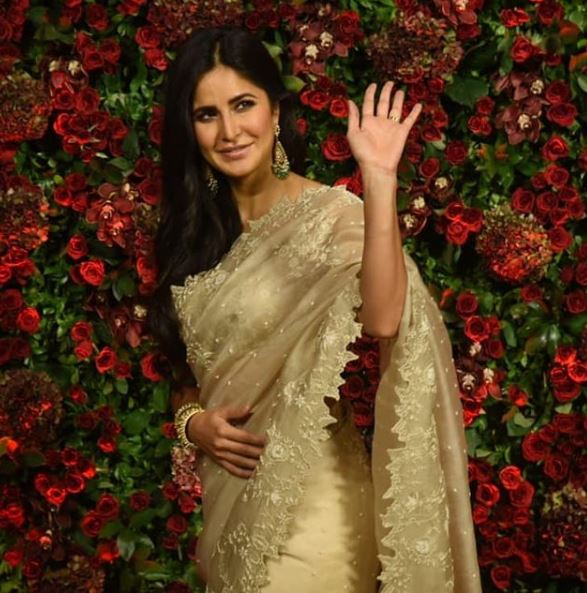 Katrina Kaif looked elegant in her champagne saree and simple make up look. The ‘Zero’ actress left her hair open looking beautiful as ever. 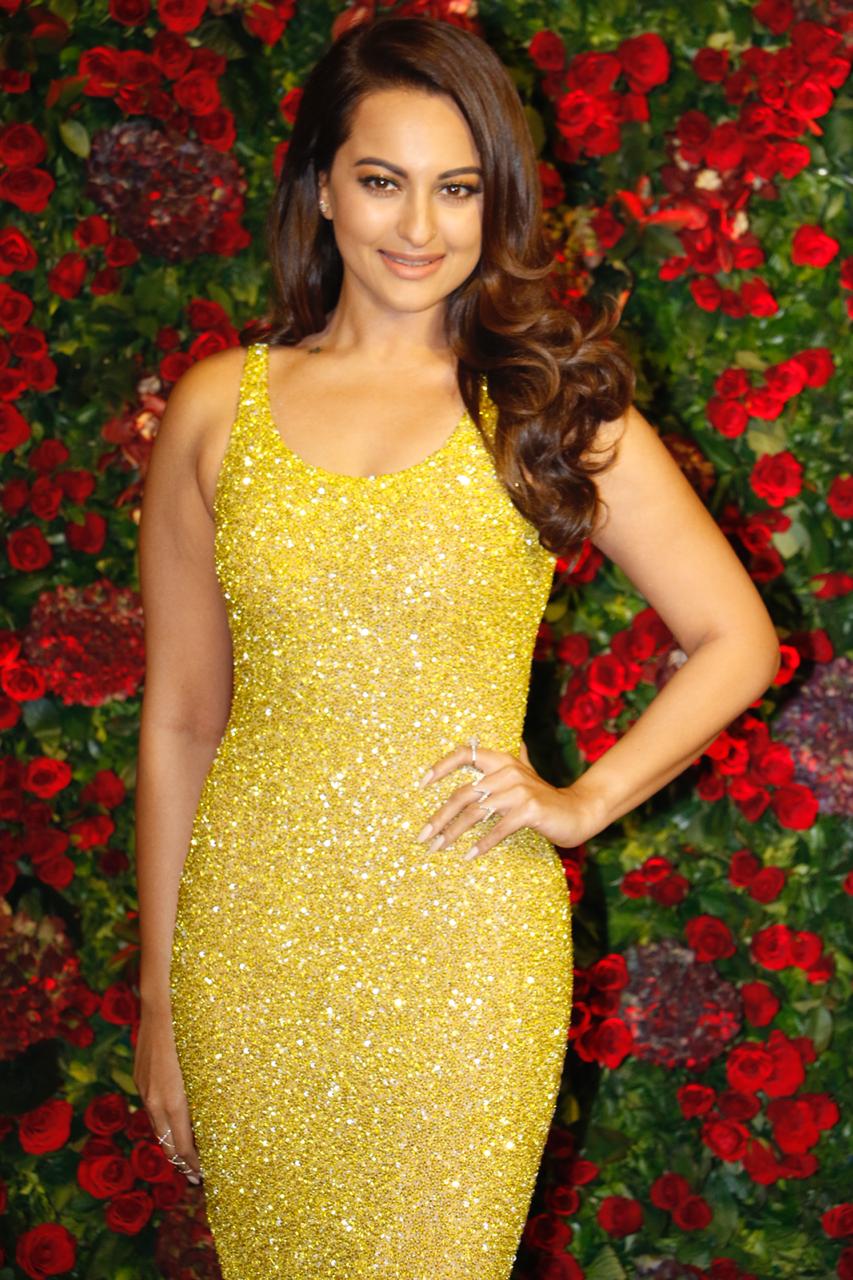 Sonakshi Sinha was all smiles while posing for the cameras. The 'Kalank' actress wore a yellow gown 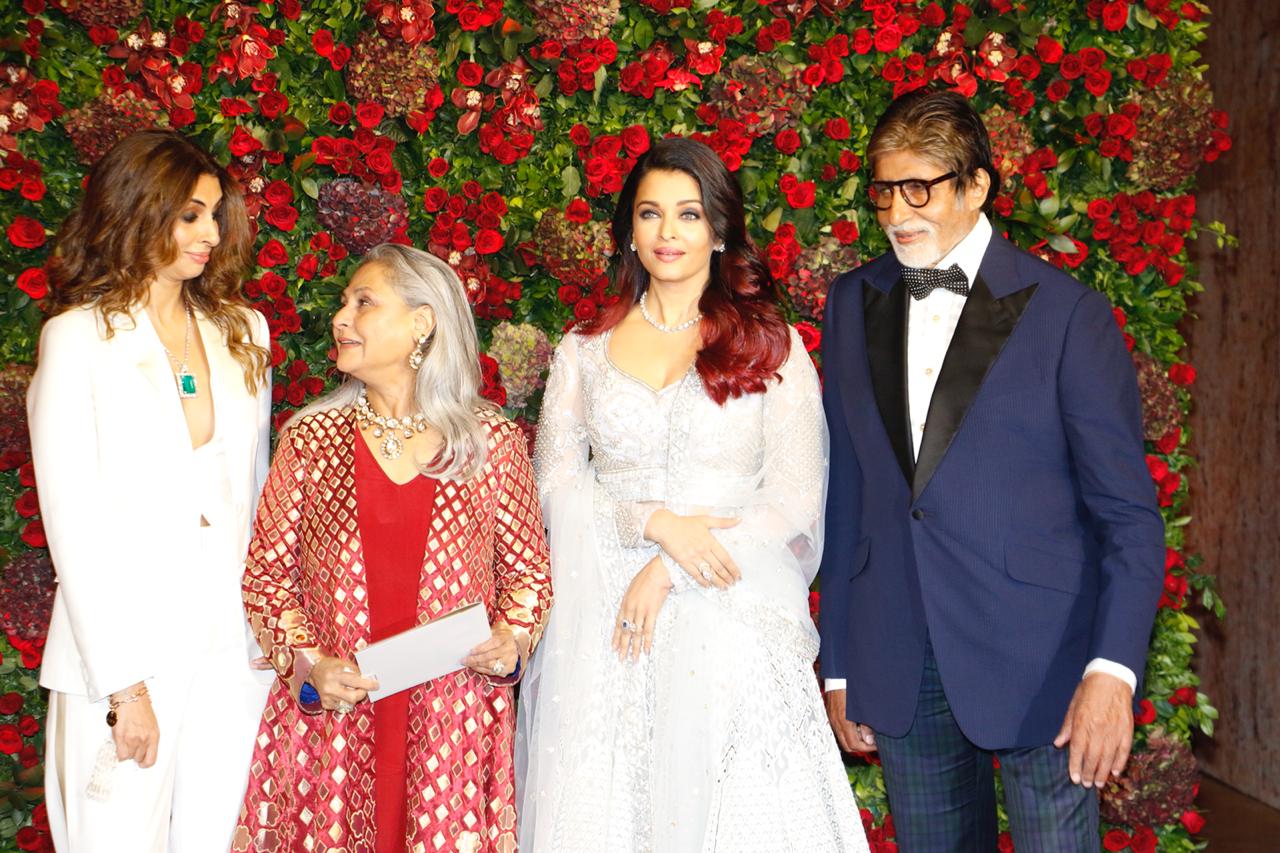 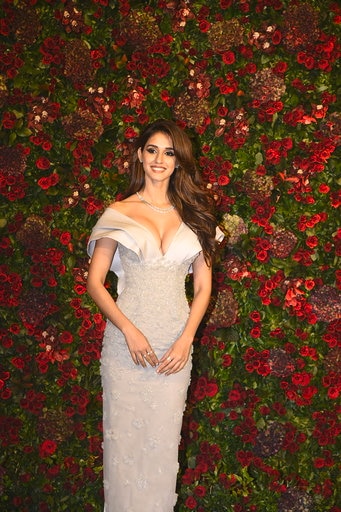 Disha Patani, who is known to set the temperatures soaring, looked gorgeous in a gown. 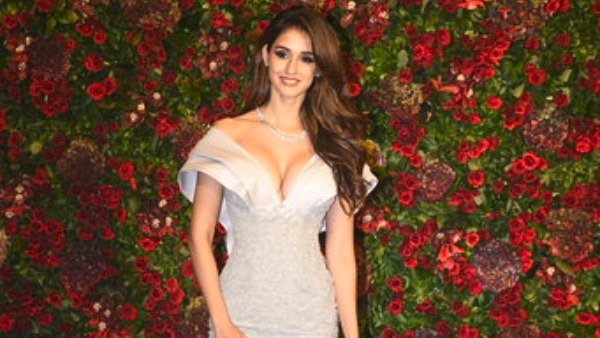 Here's another picture of Disha Patani 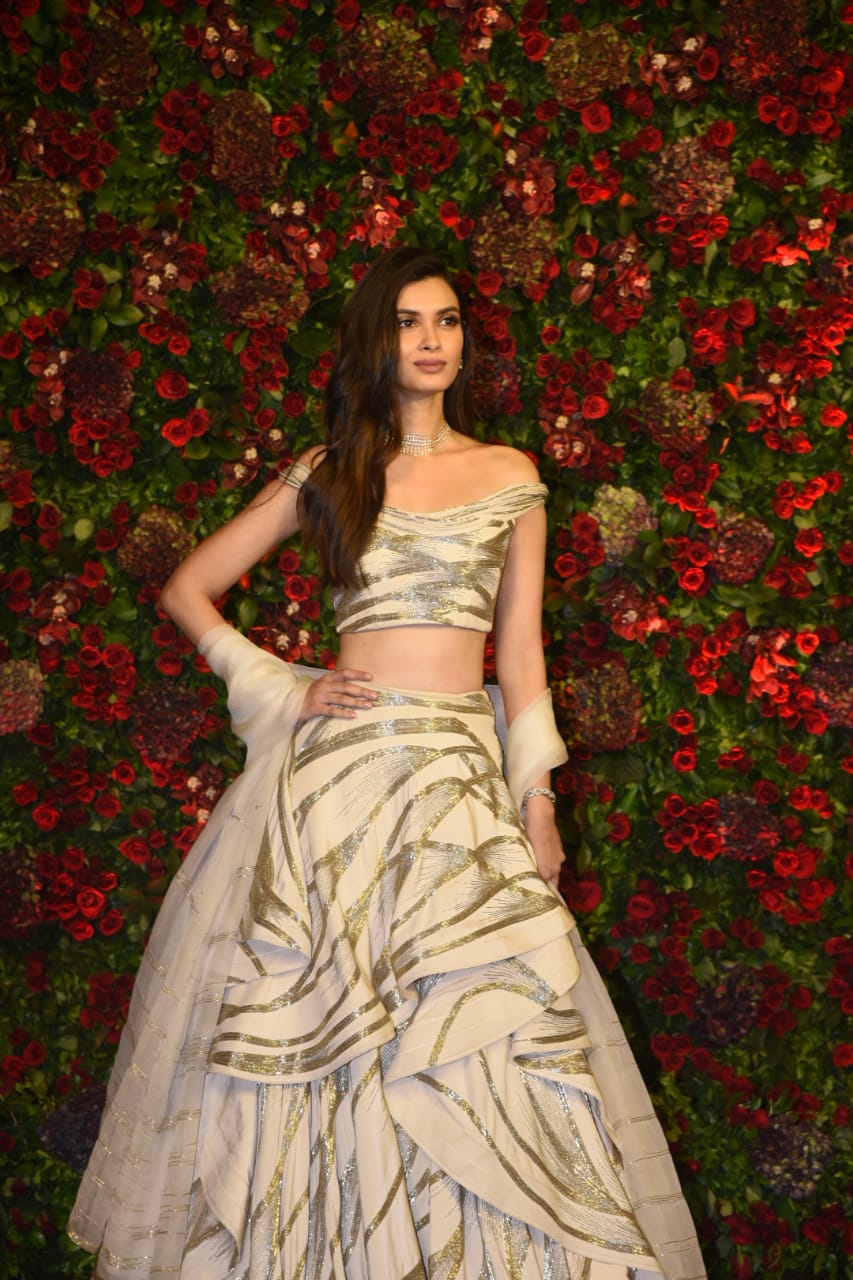 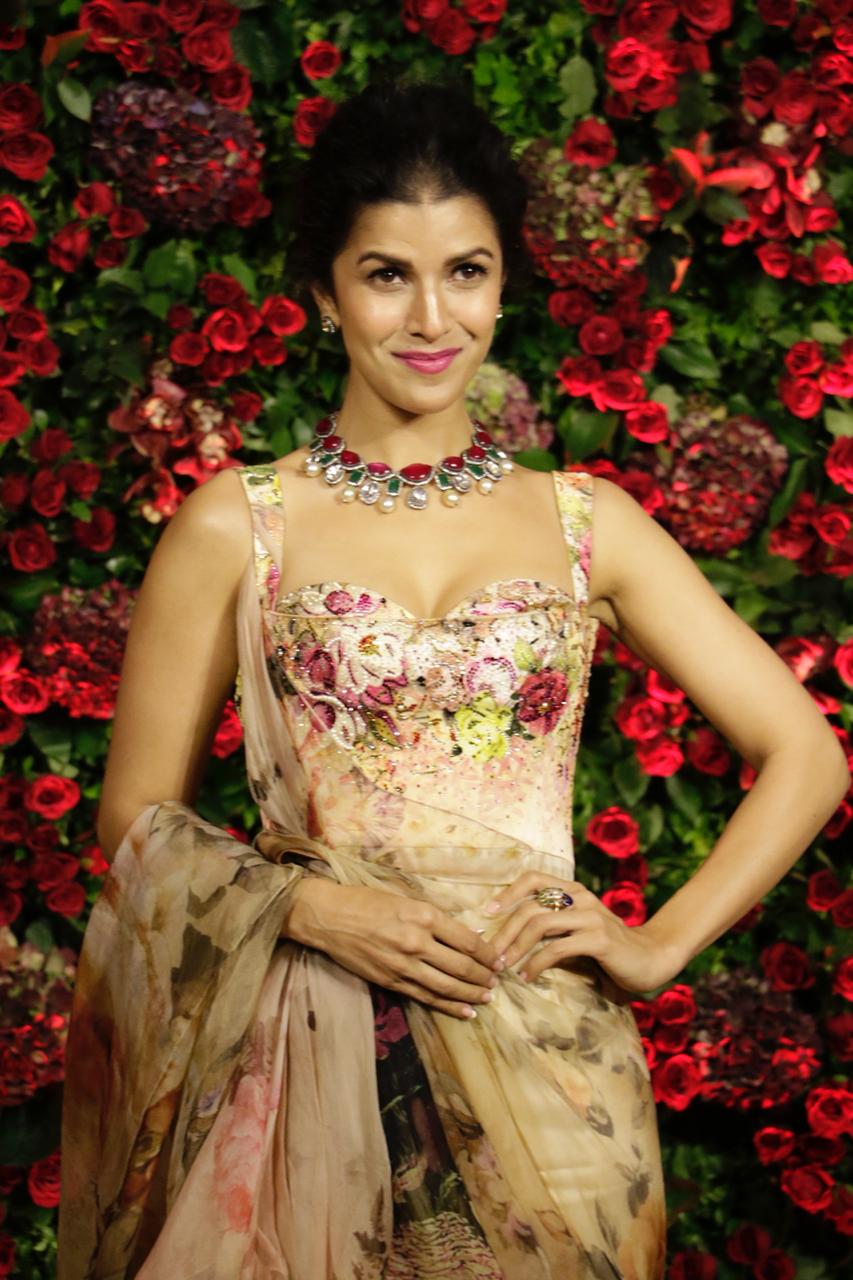 Nimrat Kaur also opted for traditional wear for the bash 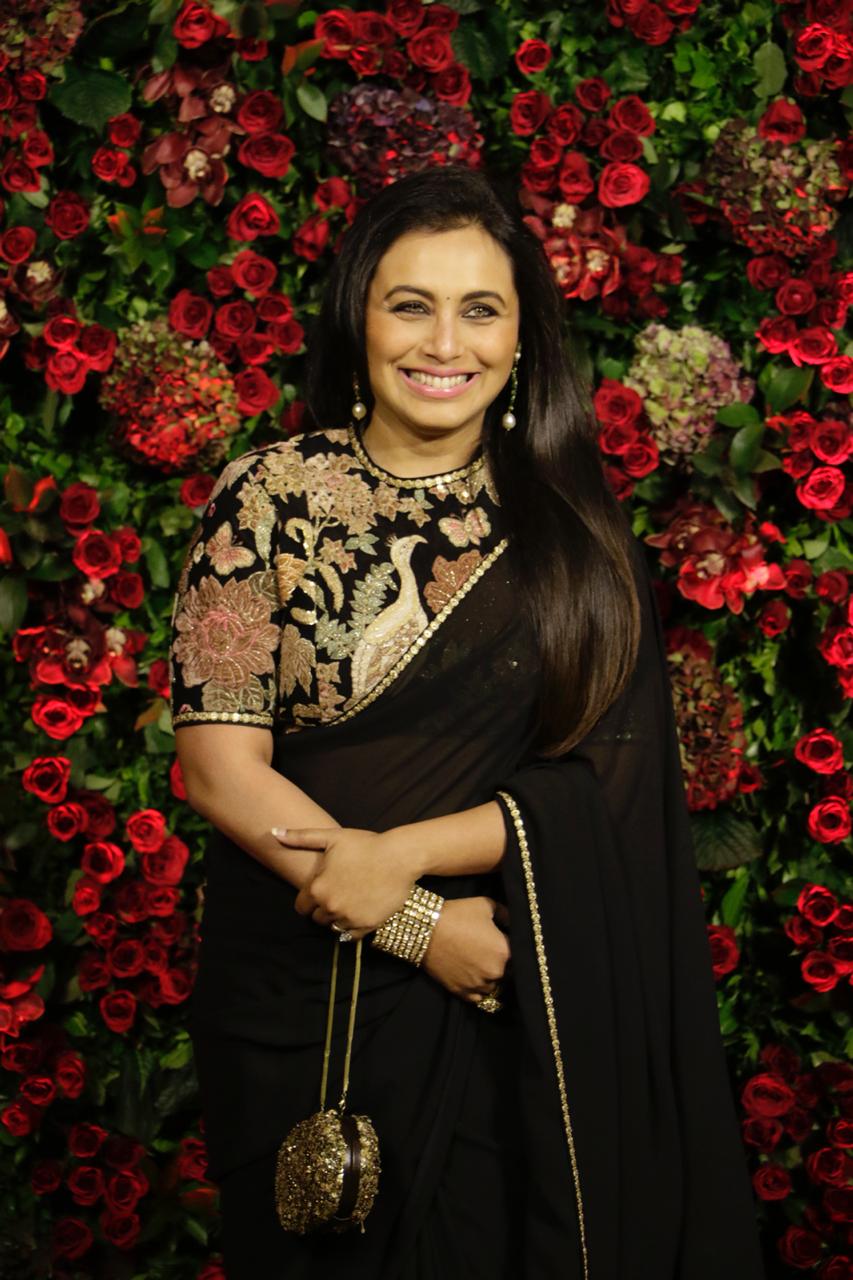 Rani Mukherji opted for a black saree for the wedding bash in Mumbai. 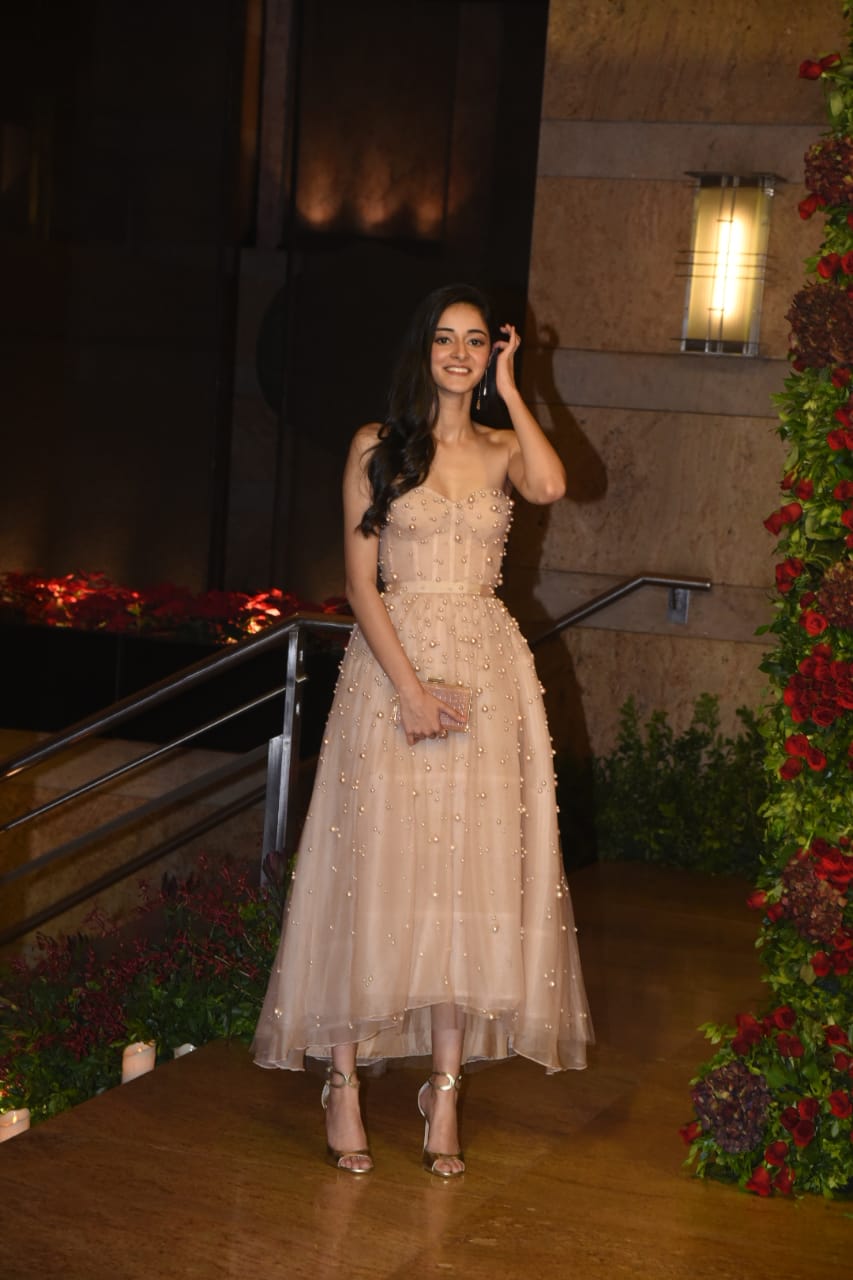 Ananya Panday, who will make her Bollywood debut with 'Student of the Year', wore a gown for the bash! 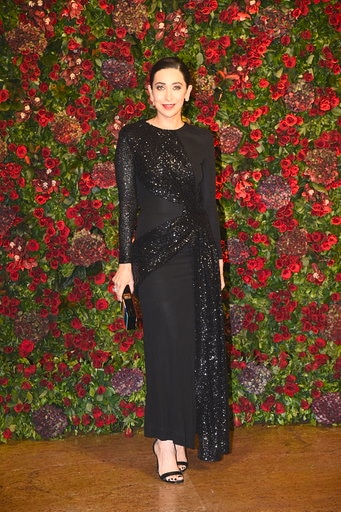 Karisma Kapoor chose to go all black for Deepveer's reception! 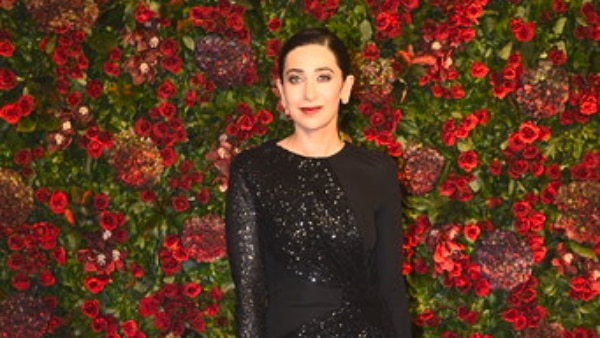 Here's another picture of Karisma Kapoor! 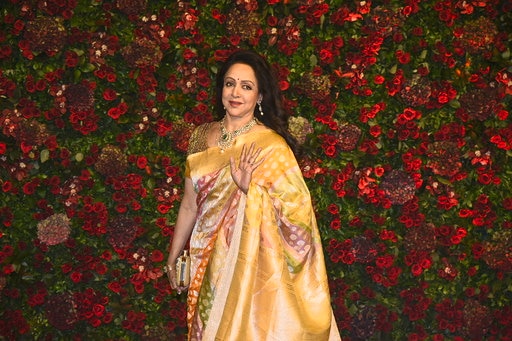 Hema Malini posing for the shutterbugs 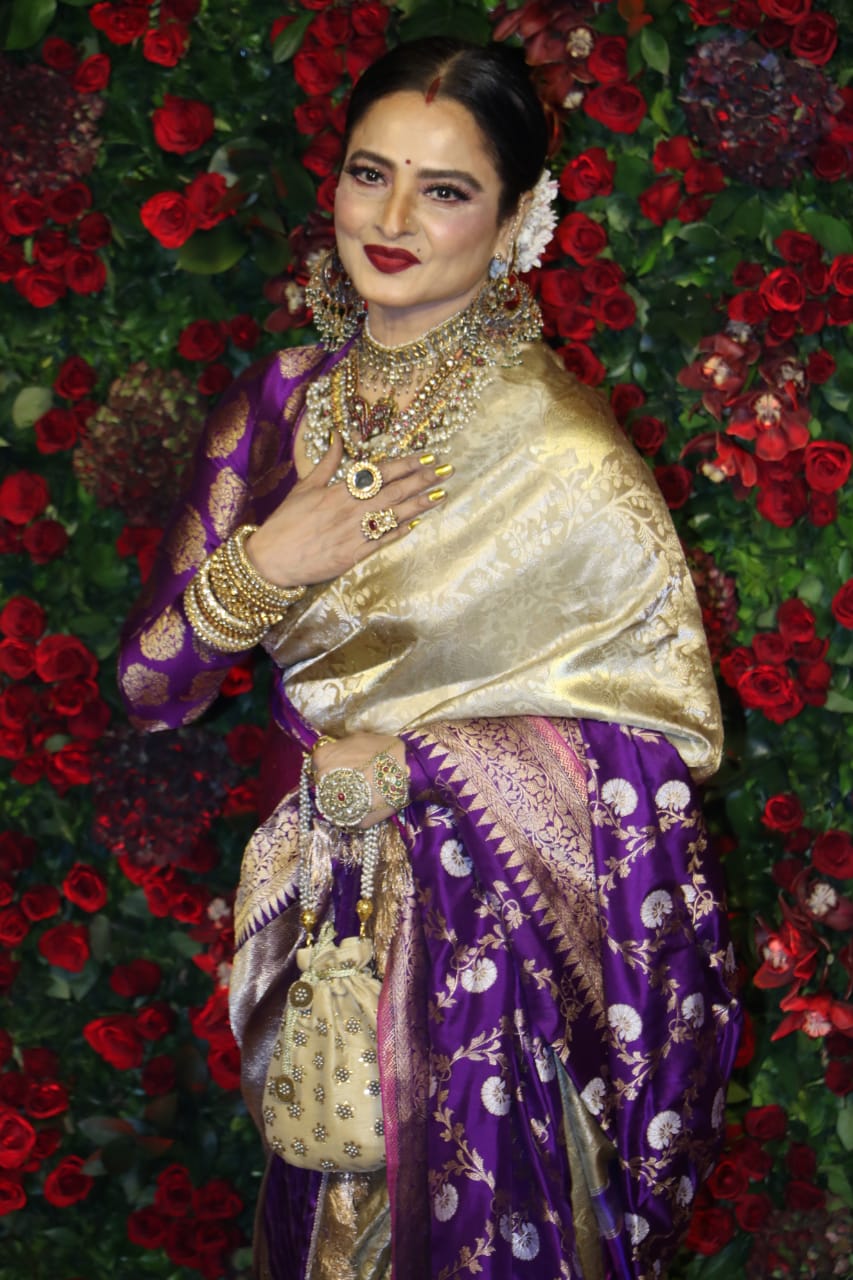 We can't take our eyes off Rekha, who looked mesmarising in a saree. 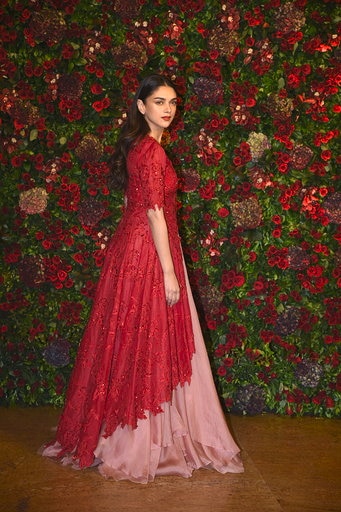 Jacqueline Fernandez looked every bit of regal in her saree. The Si Lankan beauty took away the hearts of several men. (All PICS credit- Manav Manglani)