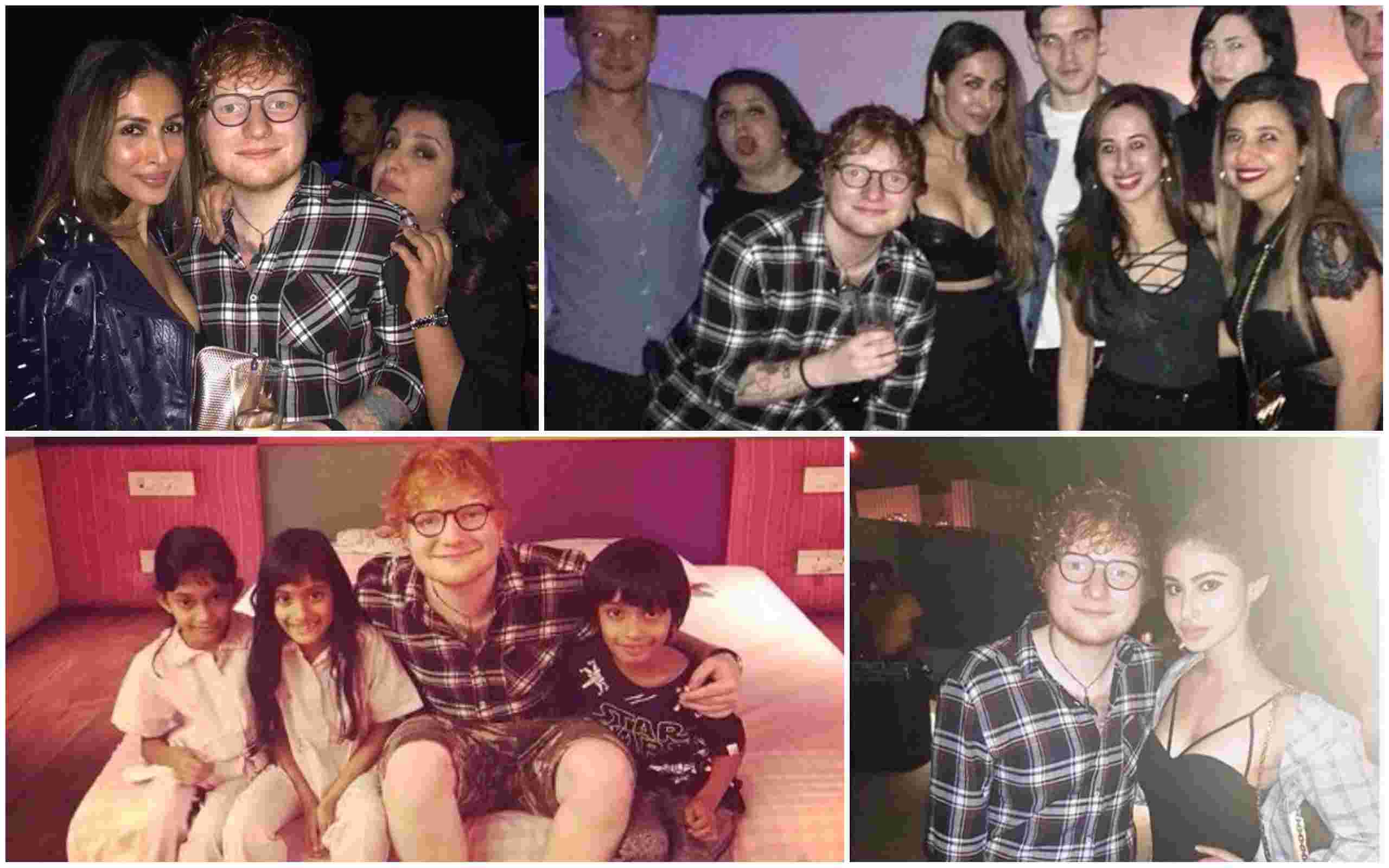 Good news for all the Ed Sheeran fans out there. The global singing sensation is in India and will be peforming in Mumbai tonight. Bollywood director Farah Khan grabbed the opportunity and hosted a party for Ed before his performance. From Bollywood star Shah Rukh Khan to Telly-Town star Mouni Roy attended the starry affair. Check out the pictures of this awesome revelry here. 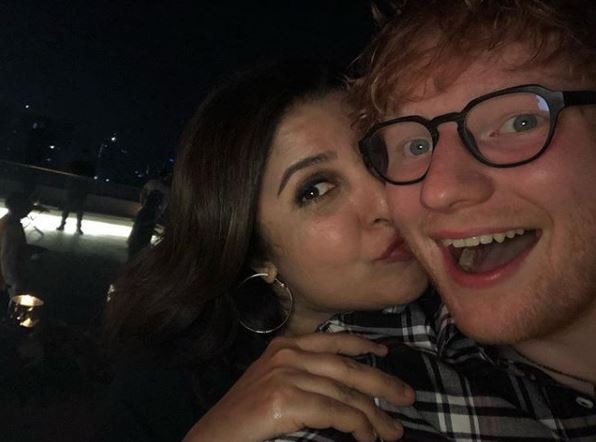 Farah Khan shared this image with the singer. She wrote “And the party begins!! He loves the shape of me!” 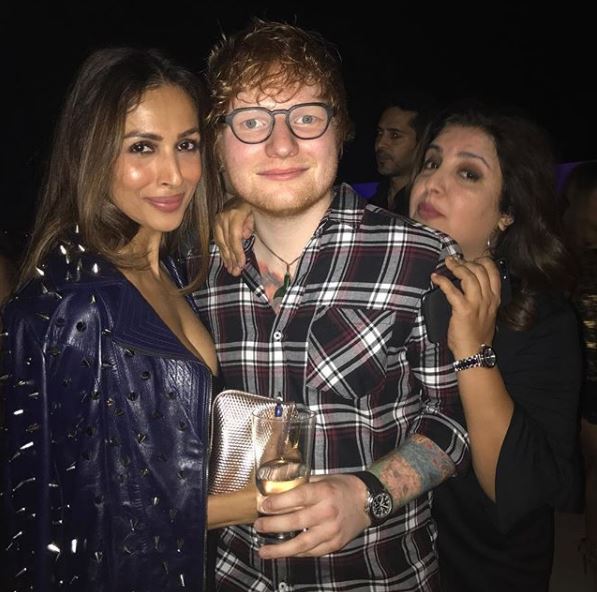 Malaika Arora too played with the lyrics of the song. She wrote: “He loves the shape of us ...... the absolutely adorable #edsheeran n the hostess herself @farahkhankunder !” 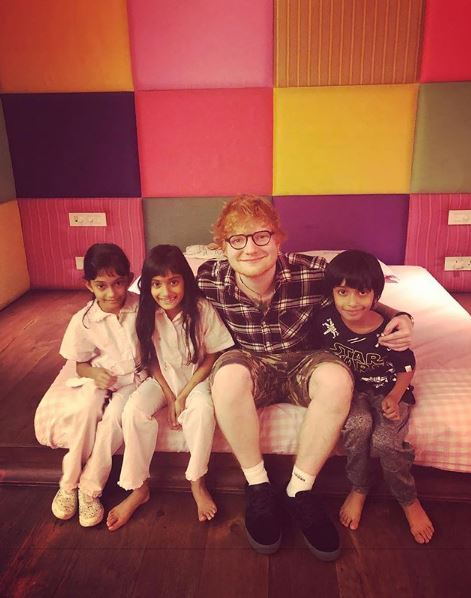 This adorable picture of Ed with Farah’s children has got us crooning. Farah wrote: “Just the sweetest guy ever!! If my kids could not go to the party the party came to them .. thank u #edsheeran they were thrilled !” 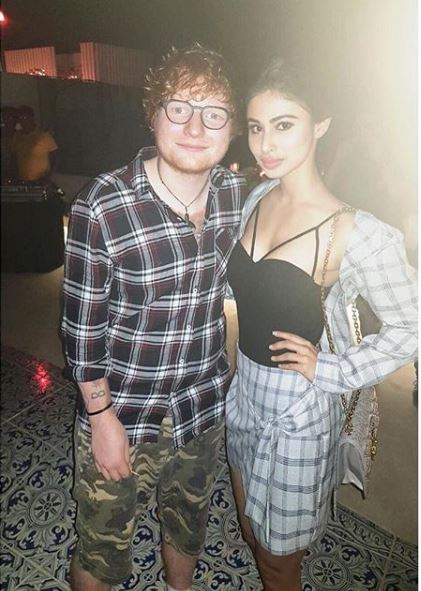 TV star Mouni Roy too could not help the fan-girl in her ! she posted this photograph with the lyrics from his romantic number ‘Thinking Out Loud’ . 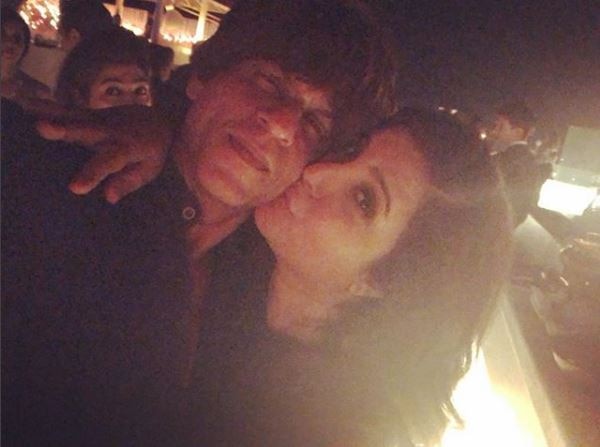 “The highlight of the party @iamsrk n me taking any chance to kiss him! Lov u my handsome friend” Farah wrote, as she shared this lovely snap with Shah Rukh Khan. 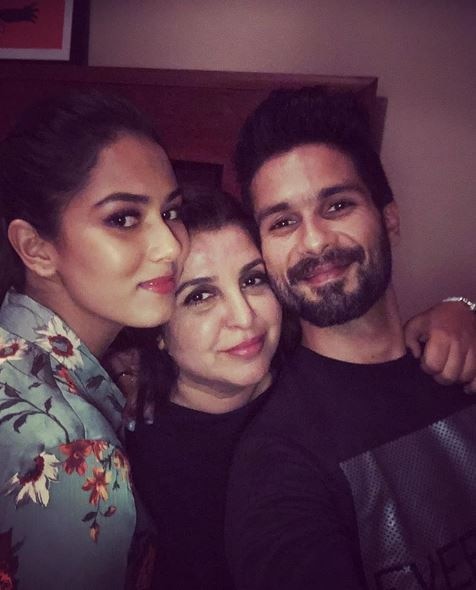 Check out this lovely image of the hostess Farah Khan with the beautiful couple of Shahid Kapoor and Mira Rajput. The on-screen couple of Karan Johar’s Dhadak were also seen in the party. Janhvi Kapor and Ishan Khatter look amazing as ever. The pictures say it all. It was indeed a celebrity extravaganza . 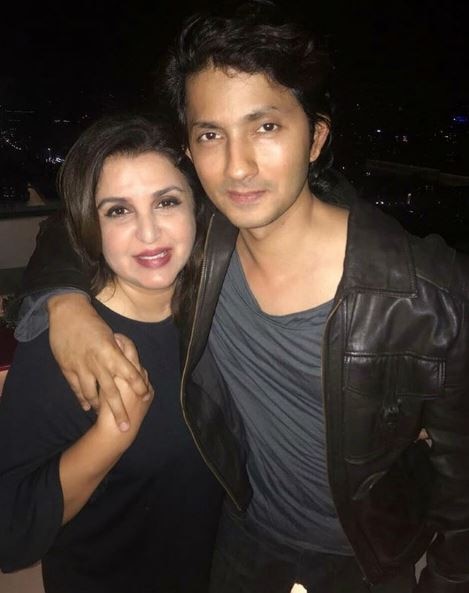 ..and in the end the host and the hostess, Shirish Kunder and Farah Khan.