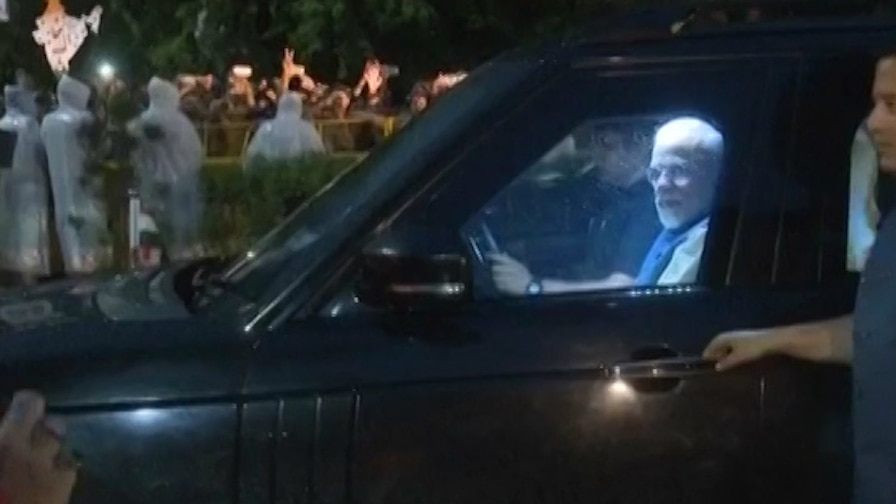 New Delhi: Prime Minister Narendra Modi was accorded a grand welcome on Thursday evening at the BJP headquarters as he led the party to a stupendous victory in the Lok Sabha polls. 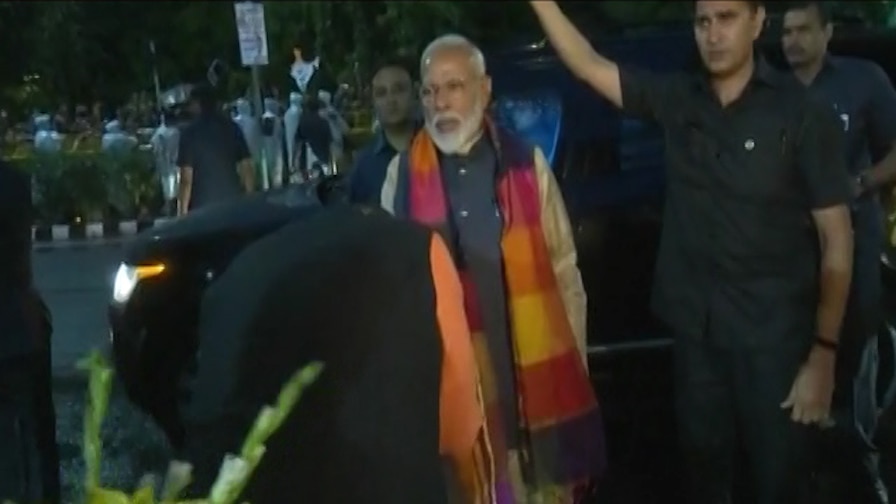 BJP chief Amit Shah greeted Modi on his arrival at the party office following which hundreds of BJP workers showered rose petals on the two leaders. 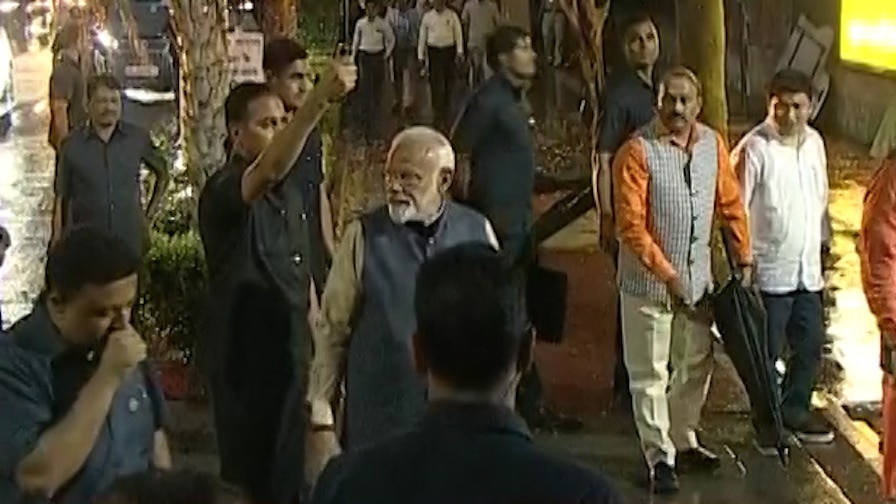 Modi waved to the crowd, acknowledging the warm welcome accorded to him. 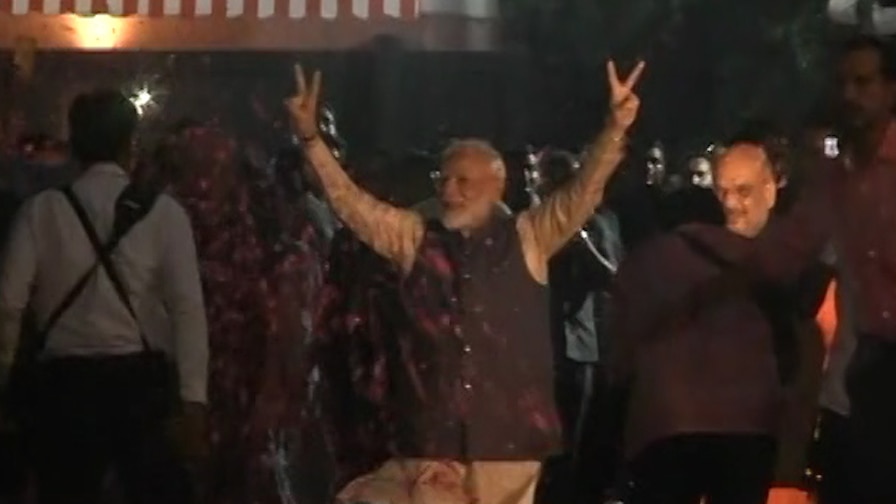 Members of BJP Parliamentary Board including a number of union ministers were present on the occasion.