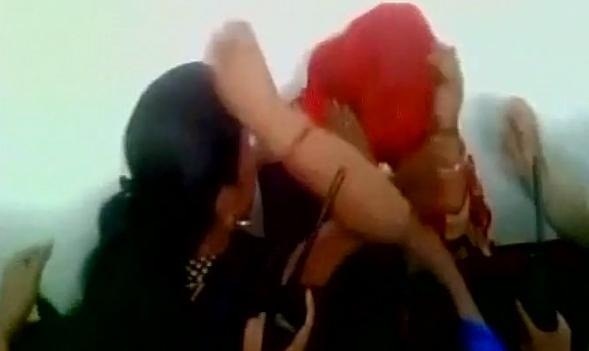 Madhya Pradesh train incident, Bhopal: Two women, suspected of carrying beef, were beaten up allegedly by Hindu Dal activists even after they had been detained by the police on July 27,. A video of the incident shows a huge crowd cornering the women before verbally abusing and beating them. Video shows muslim women beaten-up by women from Hindu Radical Group 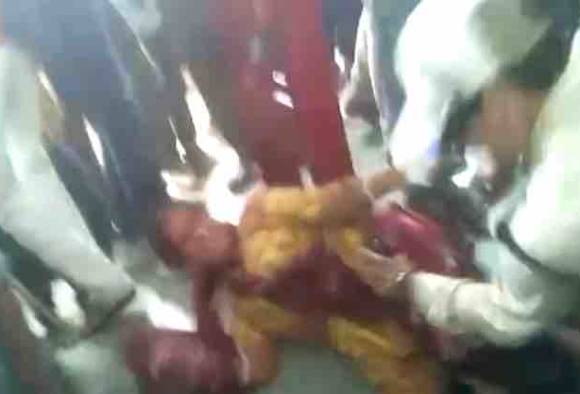 The police tried to stop the crowd, but were outnumbered. According to sources, 30 kg of meat has been recovered from them and investigation revealed that the meat was of buffalo, not cows. 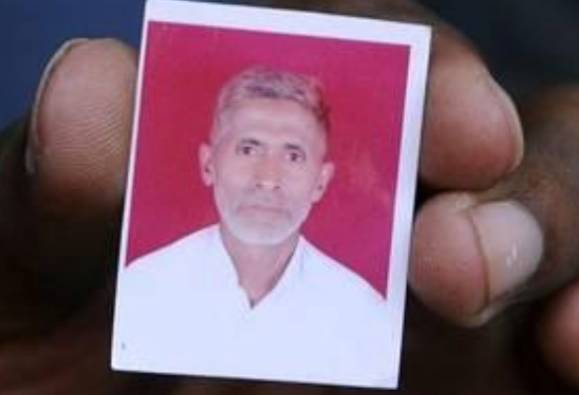 Dadri Lnching Dadri: 50-year-old Akhlaq, resident of Bishada, was beaten to death and his 22-year-old son Danish critically injured by a 200-strong mob which barged into their house following rumours that the family had consumed beef. The family claimed they were eating mutton, not beef According to police, ‘Gau Rakshak Dal, a vigilante group of cow savers, intercepted a truck full of meat suspected to be beef and caught the two alleged cow traffickers, near Faridabad – Delhi border area on June 10. The two, were allegedly beaten-up by the ‘Cow Savers’ 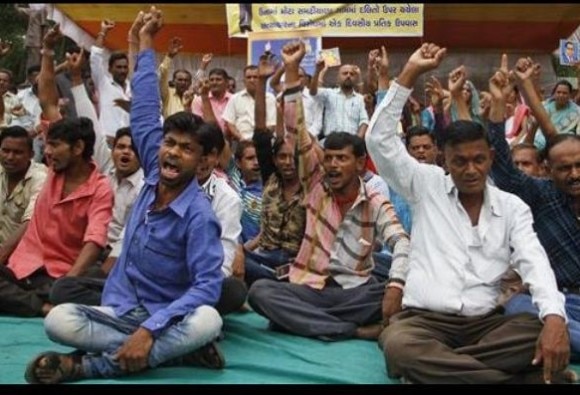 Una Dalit incident Gujrat: On July 11 a video of seven Dalit men being brutally beaten up by a group of ‘gau rakshaks’ for allegedly skinning a dead cow in Una district of Gujrat, provoked Dalits. Beating them up raised anger in Dalits and they took out a rally and blocked traffic in Una and many places of the country. A group of Dalits dumped cow carcasses outside district collector’s office in Surendrangar.