IN PICS: Ayushmann Khurrana's 6-year-old son Virajveer looks like his PHOTOCOPY at a recent event! 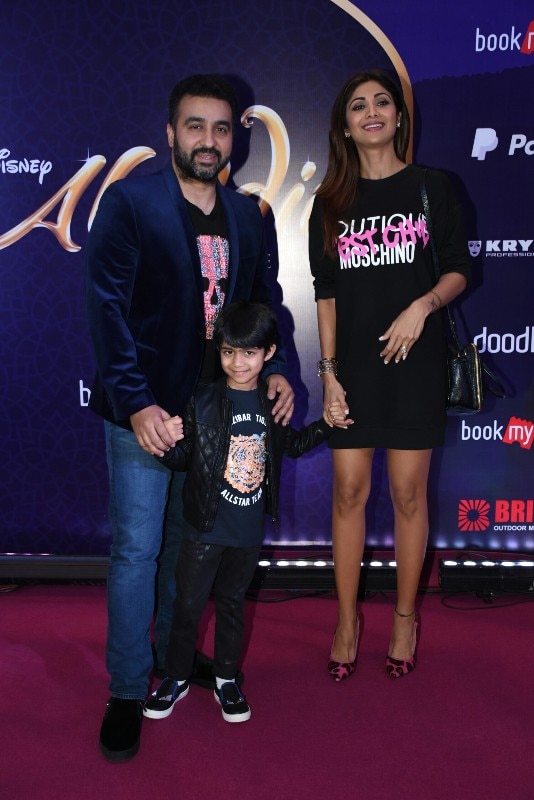 A host of Bollywood celebrities including Shilpa Shetty, Raveena Tandon, Vidya Balan and many more attended the premiere of Broadway-style musical, Aladdin. Most of these stars graced the red-carpet with their kids! 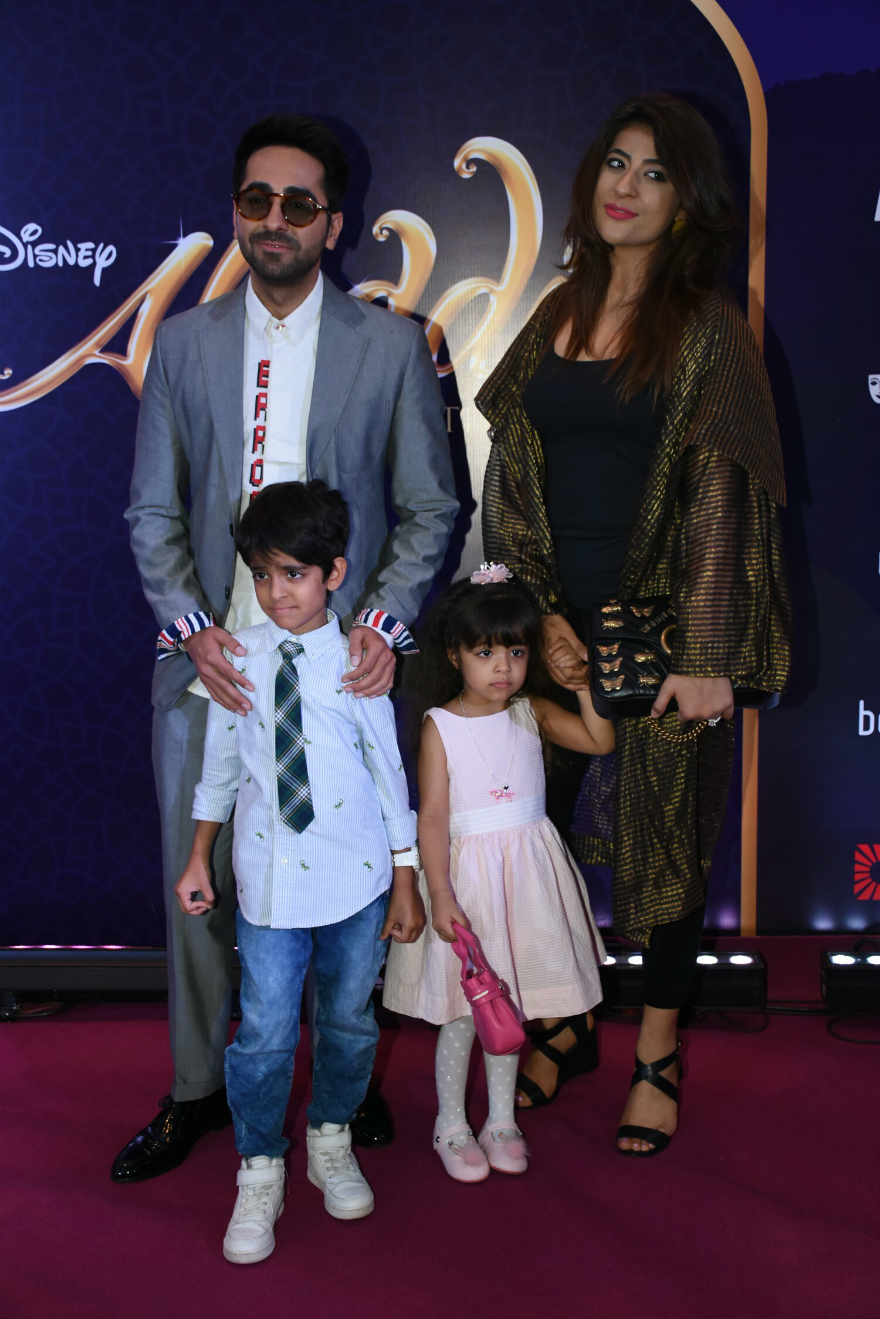 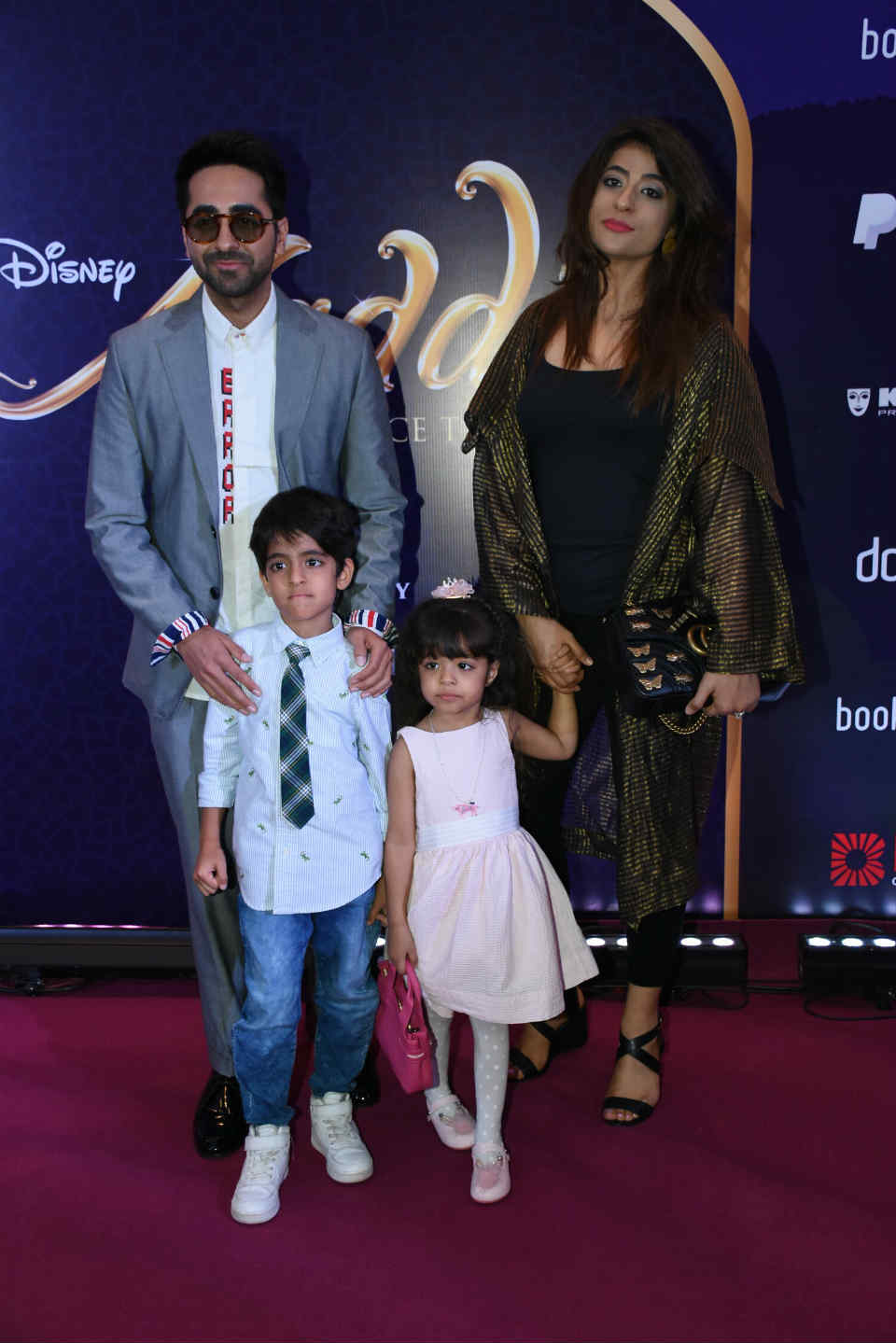 While Ayushmann looked handsome in a grey suit which he teamed with sunglasses and black formal shoes. It was his six year old son who stole the limelight! 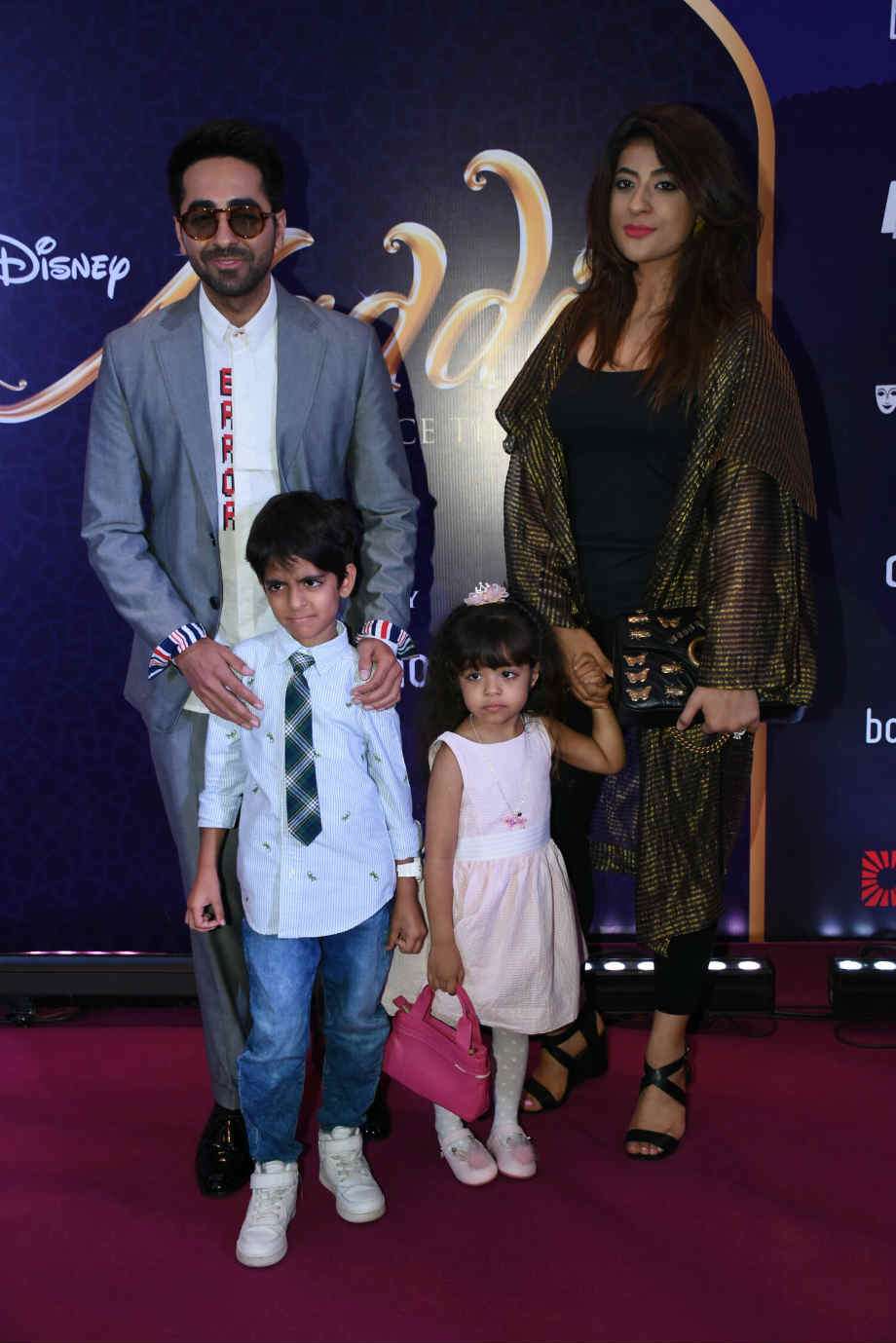 Ayushmaan's son Virajveer, was born on 2 January 2012 and the lil one looked like his father's mini me. The six-year-old looked extremely adorable with those naughty expressions! 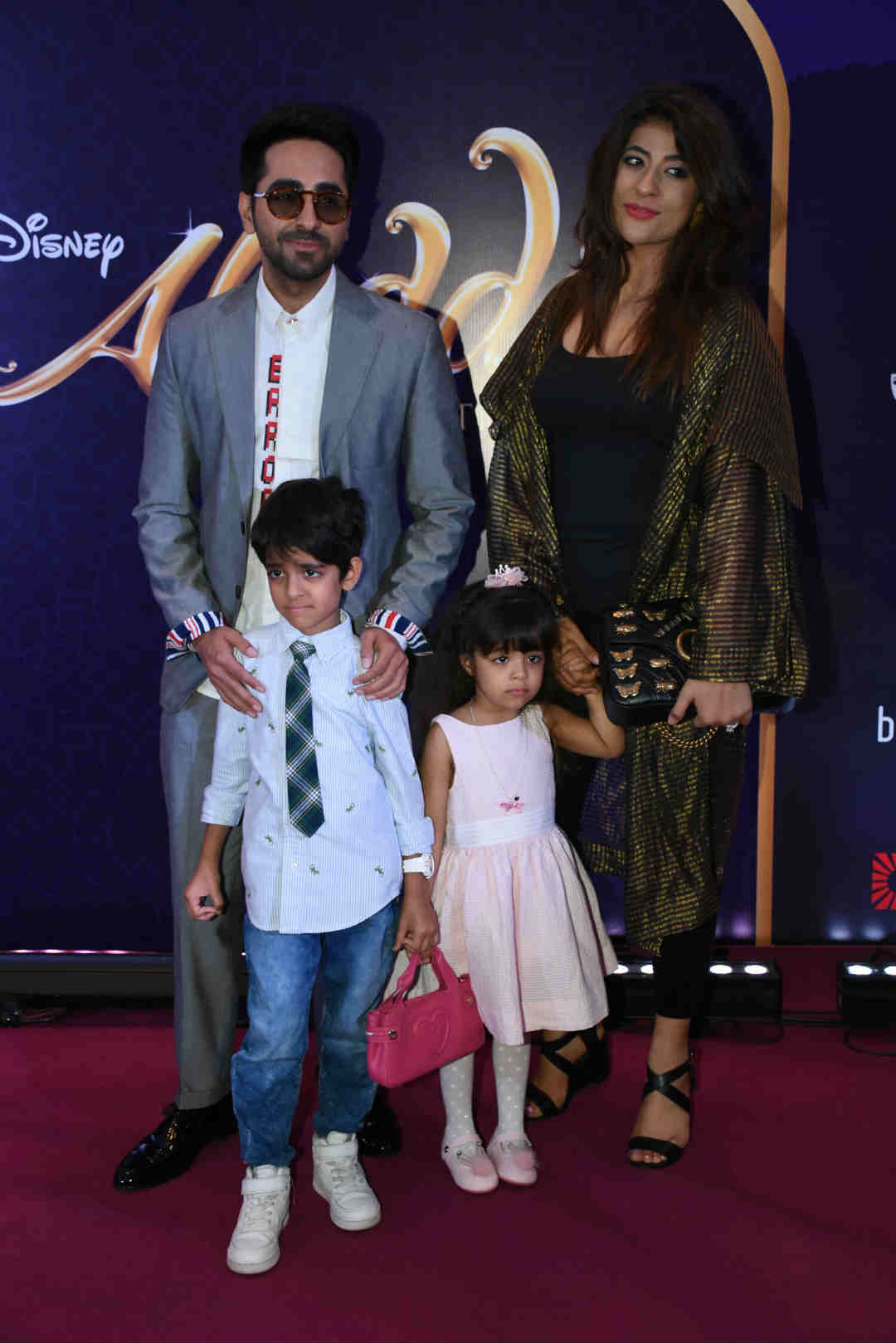 Ayushmaan's 4-year-old daughter Varushka too looked super cute in her pink frock as she held her mom's hand at the event! 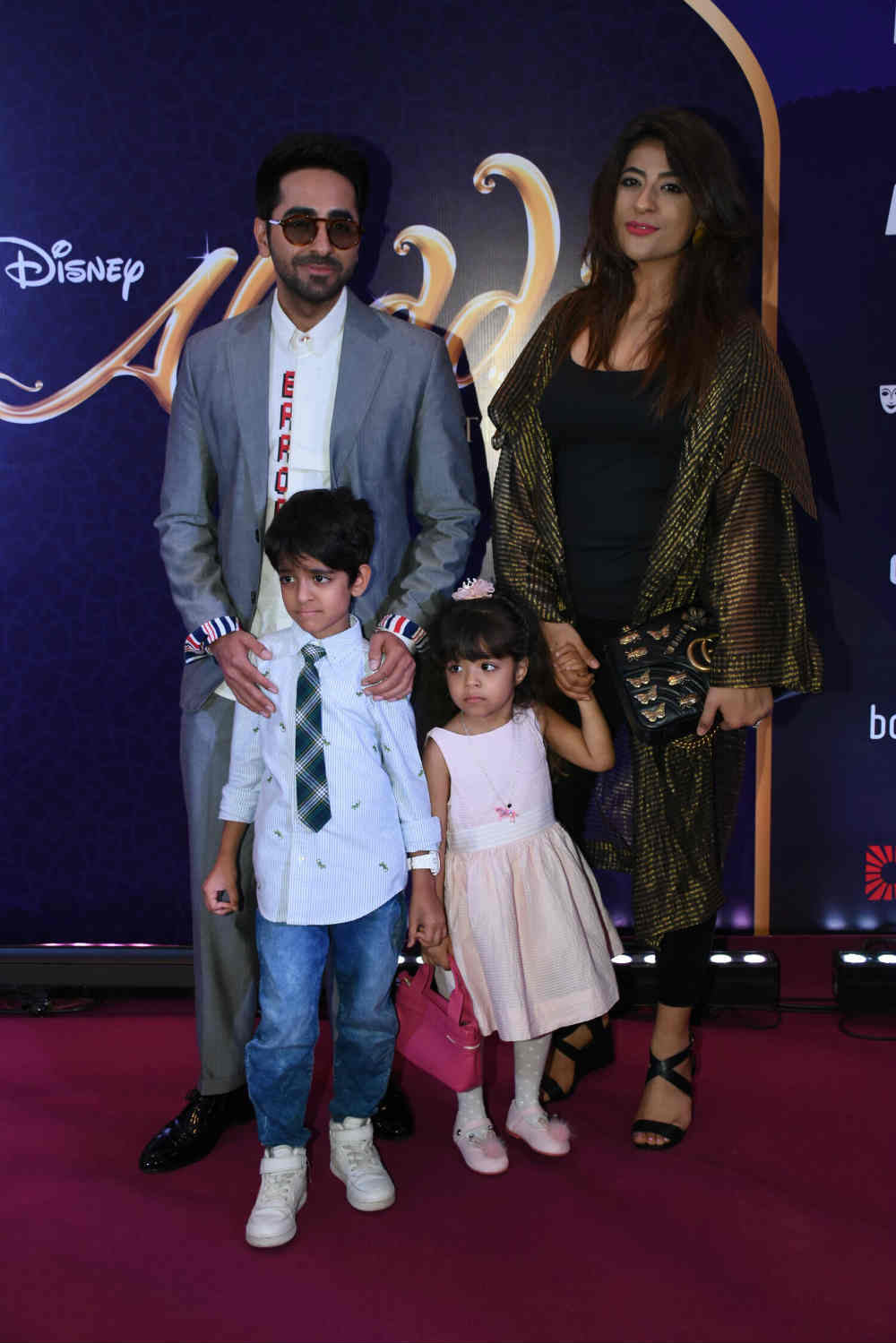 Ayushmann's wife and the mother of their two kids, Tahira looked pretty in a black and golden outfit. 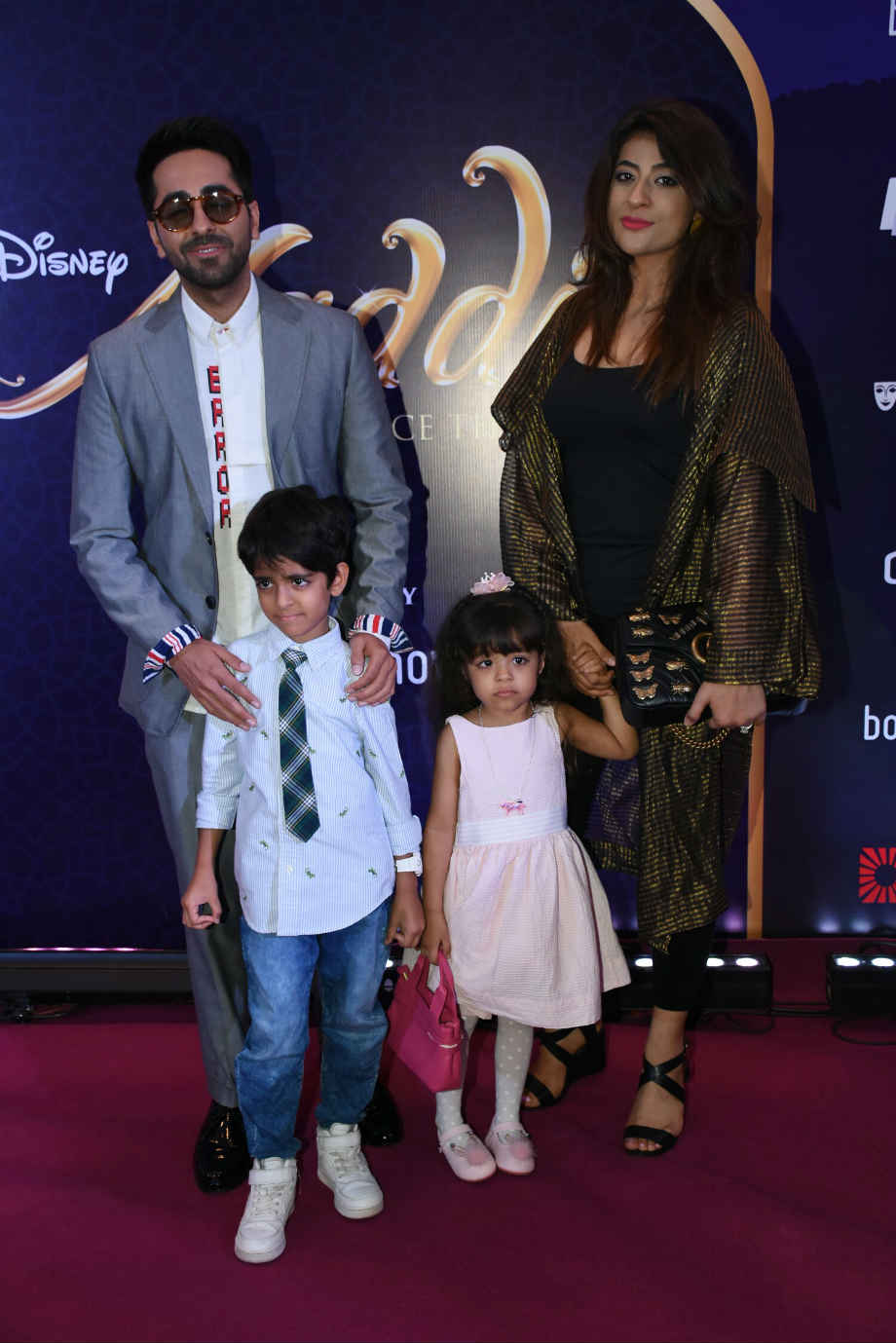