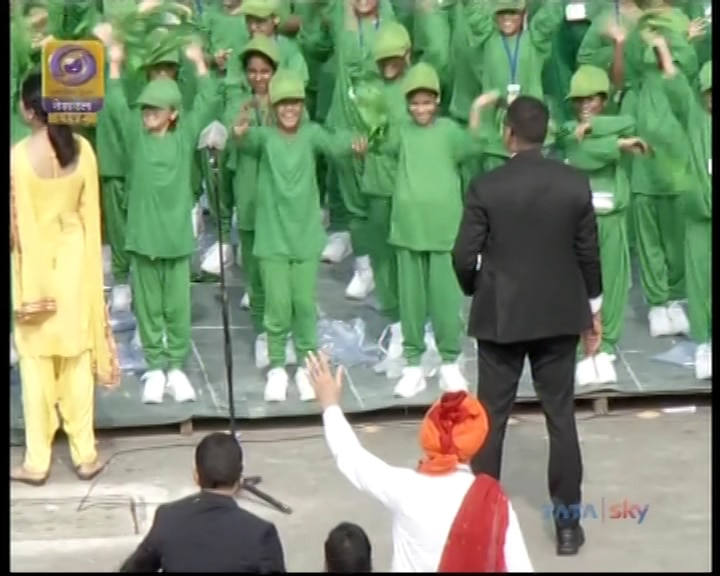 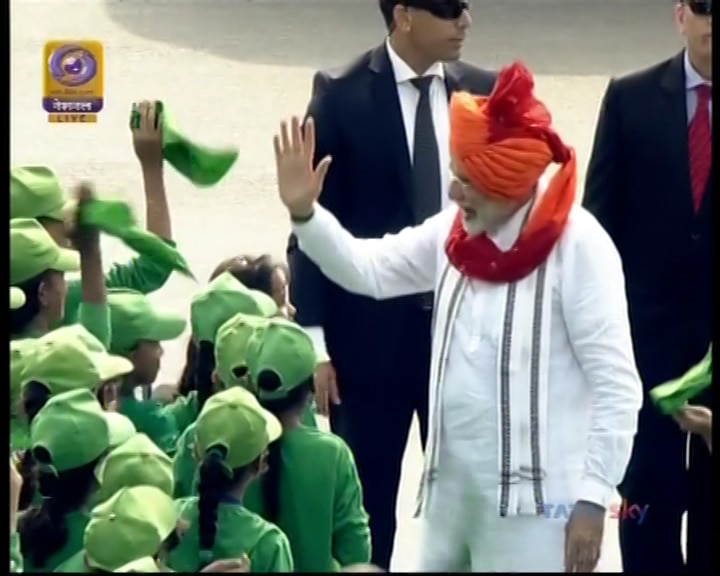 After delivering his Independence Day speech, while PM Modi was leaving the grounds of Red Fort, he stopped by the assembled school children. (Image: Screengrab/ABP News) 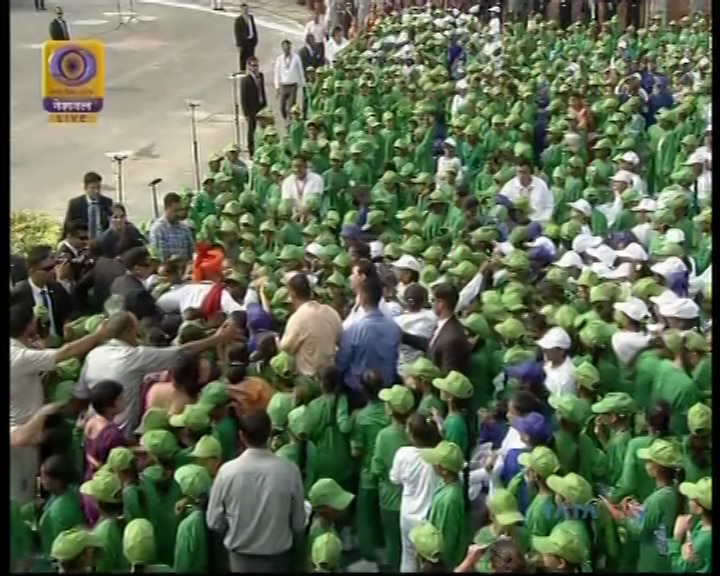 Meeting children after speech, has been a practice of the Prime Minister since the past four years. (Image: Screengrab/ABP News) 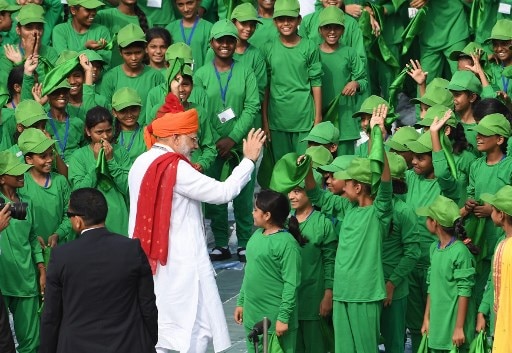 PM Modi greets the children who were eager to get near him./ AFP PHOTO / PRAKASH SINGH 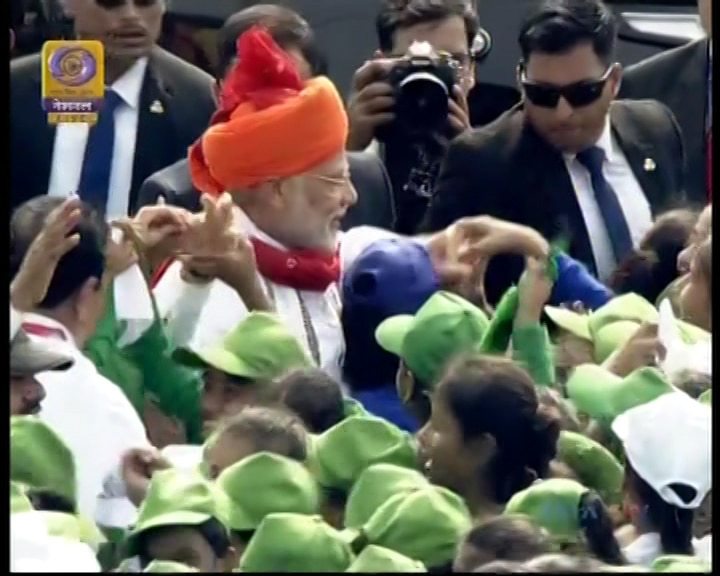 As soon as PM stepped down of his cars, children huddled around him. (Image: Screengrab/ABP News) 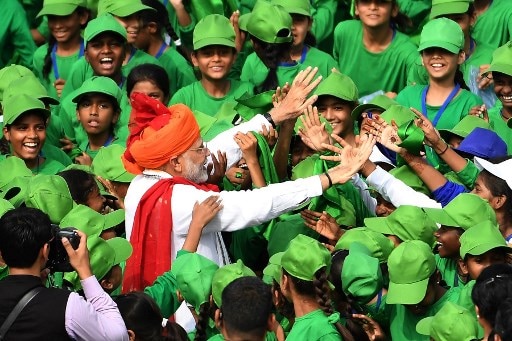 Excited to be around the PM, some children even tried touching him and holding his hands. / AFP PHOTO / PRAKASH SINGH 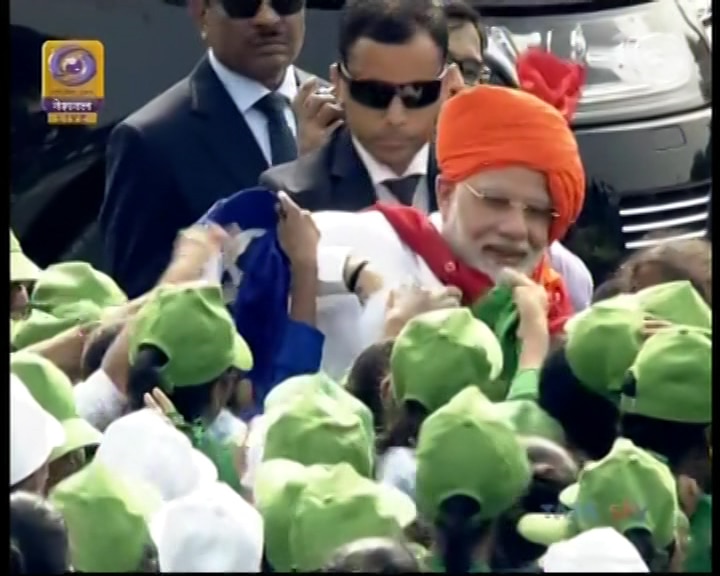